This province has a countless number of tourist options, but to enjoy Easter we choose one of religious tourism. 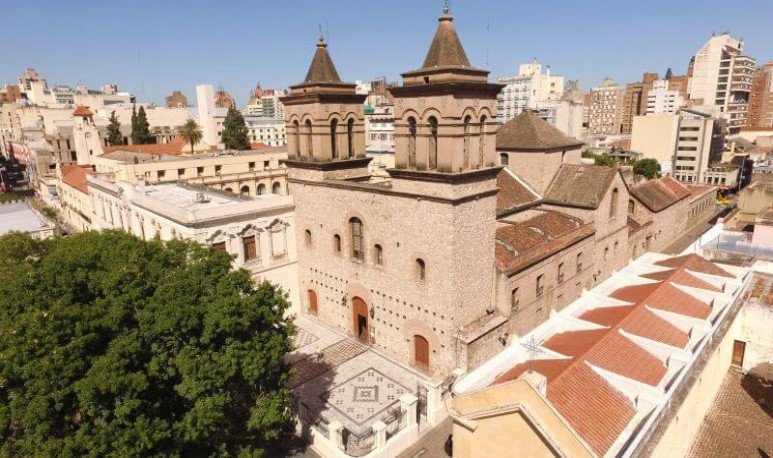 No other walk through the mountains of Cordoba summarizes the beauty of the landscape, the heritage value and the religious spirit that the   Camino de las Estancias Jesuit   . Tours that can be boarded anywhere in the Sierra de Córdoba in the heart of our country, all hide architectural and historical treasures and endorse the Declaration as Cultural Heritage to Humanity.

The   Jesuit Apple   of the   provincial capital   next to the five rooms has a history of more than 400 years. Its walls, rancherías (slaves' rooms), priests' houses next to flour mills and brick kilns characterize these facilities and transport visitors to the colony's Cordoba.

Of all the rooms scattered in Cordovan territory, Alta Gracia, 36 kilometers from the capital, is the one that offers the most cultural activity. In this temple, from 1643,   National Museum Casa del Viceroy Liniers.   In addition to guided tours of its courtyards and galleries, getting to know the church is extraordinary. The completion details revealed on the altarpiece and imagery thrill.

If we had to choose a stay for its architectural beauty is undoubtedly that of   Saint Catherine.   Perhaps it is because it is restored in as much detail as when the Jesuits inaugurated it. Its white walls stand out with the lighting that was incorporated into it.

Dated in 1622, it is the largest architectural complex erected by the Company outside the city of   Cordoba   . Another peculiarity is that it is in private property so the tour is only with a guide to the place. Its Church has a façade with two towers is clearly an exponent of German baroque. Next to the temple there is a cemetery that has a portal equal to that of the church, next to it is what was the residence of the priests with its three courtyards and the orchard.

Santa Catalina, in Ascochinga   , is close to two other rooms that of   Cologne Caroya   , from 1616 and that of   jesus mary   from 1618. They were the first and second rural establishment respectively. In the last one, the first wine was made to the king of Spain.

The stay of   La Candelaria   is located 150 kilometers from the City of Cordoba, is the most rugged and least visited. Difficulty is the winding thing of the way to get to it. It dates from 1683 and was also a prominent rural livestock establishment on an area of 300,000 hectares, where they were raised, mainly mules that were sold and used in trade with Alto Peru.

In view it gives the feeling of bounding into a Fort with residence and chapel today on foot. The ranchery, the workhouse, the corrals are in ruins. There are also traces of the tajamar, the ditches and the mill. The whole place had an excellent work on the part of Cultural Heritage of the province. They rescued the altar, with the colors of the time. Also a piece of cedar and carob tree from the 17th century, from the sacristy of the chapel.

The   Jesuit Apple   of the Cordovan capital, began to be built in 1608, and stroll an exceptional wealth of heritage. Then the buildings destined for the Maximus College, the University, the Convictory College of Our Lady of Monserrat and the Novitiate were added.

The Church and the Domestica Chapel   were built between 1644 and 1671. After the expulsion of the Jesuits in 1767, the Apple was given to the Franciscan Order, later to the regular clergy and from 1820 it became dependent on the provincial government. The Society of Jesus returned to the province in 1853 and only the Church, the Domestic Chapel and the Residence were returned to them.

What to do if we travel to San Jose?

Getting to know Ushuaia from the air