The Church of the Sacred Heart or Los Capuchinos: that is the question. We invite you to know the craziest and most beautiful Church in Cordoba. 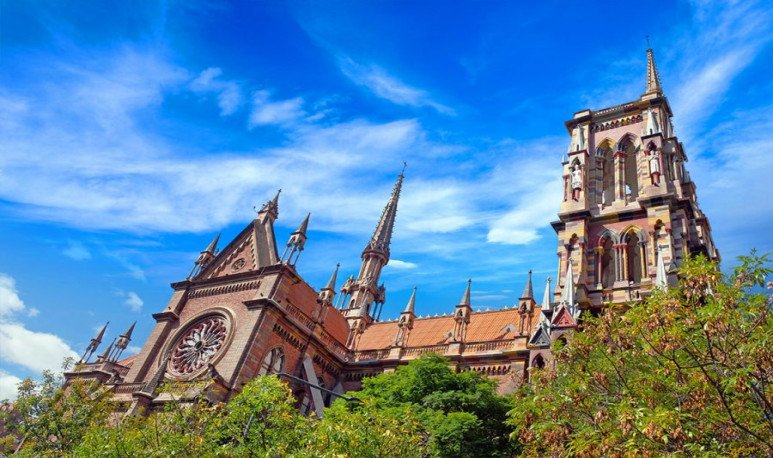 Los Capuchinos began to be built in 1926, it was inaugurated only in 1933, but was completed only in 1980. With these dates, we show you that the history of this church is not at all simple. However, it remains one of the   most striking constructions   of the city of Córdoba... And yes, with more than 50 years of building and finalizing the details, the church was made   a wonder   .

It is the   first artificial wonder   of the city. It's not a little, is it? It was created by Augusto Ferrari, who made this temple a hybrid of   unique beauty   . Between Gothic and Romanesque, the architect gave birth to an imposing building. Which took as its name: Church of the Sacred Heart of Jesus of the Capuchin Fathers. No more, no less. Anyway, we, the Cordobeses, tell him   The Capuchins   , like to make it shorter. This Church belongs to the Franciscan Order and, in addition to being an imposing religious temple, it was consolidated as a   tourist point   .

A work of art

It is one of the temples with the most sculptures and works of art exhibited. Its ceiling is a work of art in itself. It exhibits paintings by various artists and is made up of vaults. Each ceiling vault shows the Cordovan night sky, every month of the year. A little paint, isn't it?

The last restoration was made between 2016 and 2017. And each of the architectural decisions made has its spiritual argumentation: as the Church becomes higher, the characters gradually and symbolically rise into heaven.

Different events are generated in this space. Above all, activities that call for solidarity and community work. The Church was always famous for its beauty and activity. Located between Obispo Oro streets and Buenos Aires, Los Capuchinos has a large flow of people. Among tourists, believers and frequent visitors, it is filled with people. His mystique is very particular.

Why is the Perito Moreno Glacier the eighth wonder of the world?

5 tips to travel to El Calafate and Perito Moreno Glacier