Home Travel Córdoba Cordoba Capital: the guide you were looking for

Cordoba Capital: the guide you were looking for

Enchanting natural landscapes in the heart of the city and a relevant cultural legacy complete the offer. 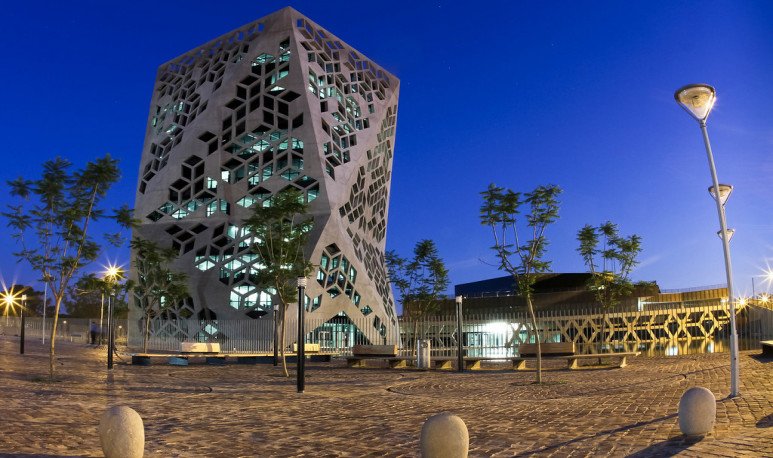 The provincial capital is a city with Mediterranean warmth that combines in a very attractive way its Hispanic past with its modernity and strength.

The city of Cordoba offers many attractions for visitors, but undoubtedly much of its tourist interest is concentrated in its historic center.

Founded in 1573, the capital of the province retains a strong imprint of Hispanic character. Its buildings, churches, museums and monuments have been restored and today, during the evenings, they look illuminated and shine with all their splendor.

In this way, the traditional Plaza San Martín, the Cathedral Church, the Church Santa Catherine of Siena, the Pasaje Santa Catalina, the Founder's Square, the Ambrosio Funes Square, the Church of Las Teresas, the Museum of Religious Art Juan de Tejeda, the Church and Convent San Francisco, the Plazoleta de la Immaculada and the Jesu Appleiacute; tica make up an attractive night circuit that, without fear of exaggeration, is up to other nocturnal physiogonomies of famous cities around the world.

It should be noted that the “ Jesuit Apple ”, was declared a World Heritage Site by Unesco in 2000, and includes buildings of great value such as the Church of the Society of Jesus, the Rectorate of the National University of Córdoba, the National College of Montserrat and the Faculty of Right.

It is also advisable to make the itinerary  of the Golden Media Legua , which is located in the center and concentrates great artistic and architectural value. The route is born in the Teatro Real and continues through the Teatro Libertador San Martín. There are colonial Cordoba with a modern and active Cordoba, with its pedestrian areas and the new rambla of Avenida Hipólito Yrigoyen, which links the historic center with cultural and commercial spaces. There you can visit the Shopping Patio Olmos, the Paseo del Buen Pastor with its fountain of dancing waters, the Evita museums, Palacio Dionisi, Emilio Caraffa and Natural Sciences museums. The tour ends at Paseo de las Artes, a space dedicated to crafts, next to antique dealers and a fun and varied proposal for recreation and meeting of the bohemian Cordovan. All accompanied by an outstanding range of restaurants and themed bars.

For many years the Paseo de las Artes has held the traditional  Fair of Handicrafts,  where locals and visitors find a rich cultural heritage in stories, legends and artisanal productions.

During weekends and holidays visitors can start their tour of the Paseo de las Artes along Belgrano Street. In Pasaje Revol you will find the  Antiques, Recycled and Curiosities Fair .

Later, on Calle Achával Rodríguez you will reach a square full of rigorously selected artisans. There are also thematic fairs: flowers and plants, flavors and another dedicated to children.

As for the green spaces, tourists visiting the Cordovan capital can choose to visit the  Sarmiento Park . In 1889 the French landscape architect Carlos Thays was entrusted with the task of designing the park “ La Nueva Córdoba ”. The works began in 1890 with the parking of the 50 hectares of the land, and in 1911 the space was inaugurated and baptized with its current name.

It is a green lung nestled a few blocks from the city center that has two rosedales, an artificial lake, the Super Park, a swimming pool, an amphitheater called “ Greek Theatre ” and the famous Eiffel Wheel, which while no longer loads passengers does not fail to draw attention as a large and ancient sculpture of the early twentieth century.

There is also  the Bicentennial Lighthouse , a monument of 100 meters high inaugurated in 2010 in homage to the 200 years of the May Revolution.

And, already on the cultural level, near there stands the  Ferreyra Palace, a building that houses the Superior Museum of Fine Arts Evita. Opened in 1919, with plans made by a prestigious French architect, it is located in Ciudad Nueva or Nueva Córdoba, in a block next to Plaza España and Sarmiento Park. The palace is considered one of the most prominent buildings built during the recovery trend of French classicism that developed in the early twentieth century.

A city recognized for its university since the 17th century, Córdoba currently has numerous institutes and study centers, including those dedicated to teaching Spanish for foreigners, as well as five universities. Thus, with an active and fun life for young people from all over the country and abroad, the city has positioned itself as a booming destination for language tourism.

The nightlife is very dynamic, with varied theatrical, gastronomic and recreational offers for all ages. This growing cultural and recreational activity not only occurs in the central area, but has spread to traditional neighborhoods such as Cerro de las Rosas, General Paz and Alta Córdoba, generating poles of high degree of attraction for visitors.

The qualified cultural and service offer is combined with a modern and dynamic city, with over 10,000 hotel places ranging from 5-star accommodation to hostels, including excellent quality boutique hotels.

Thus, the city of Córdoba is an excellent alternative to get to know the culture and identity of the region as well as a strategic gateway to access the mountain areas and their offers of recreation and contact with nature.

Founded on the banks of the Suquía River by  Jerónimo Luis de Cabrera  on July 6, 1573, Córdoba was conceived as a Spanish town that served as a refuge for the indigenous people in order to move and trade freely.

The city was declared provisional capital of the Argentine Republic twice: in 1806 (as the capital of the Viceroyalty of the Rio de la Plata) during the English Invasions; and in 1955, during the so-called Libertadora Revolution.

5 museums in Cordoba you can't miss