Home Travel Córdoba At the end of the tunnel: light and beautiful landscapes

In this note we tell you a path that includes several attractions. A journey that today can be converted into a simple and fun getaway. 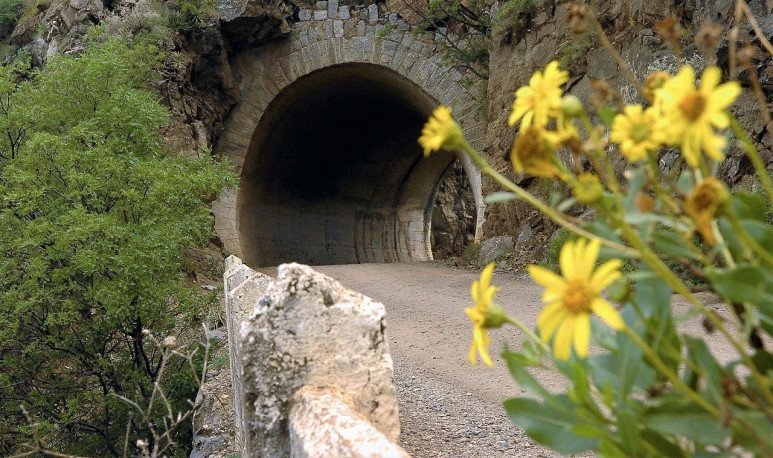 There are many tourist attractions in the province of fernet and la birra.  This time  we tell you everything  about a path that encompasses  many of the wonders of the province.  In this area, in a very remote time there were volcanoes that today remain inactive. They can be seen in the  Pocho department on the vera del camino.  In addition, they are surrounded by “palms”, which turn  the landscape into a unique photograph. 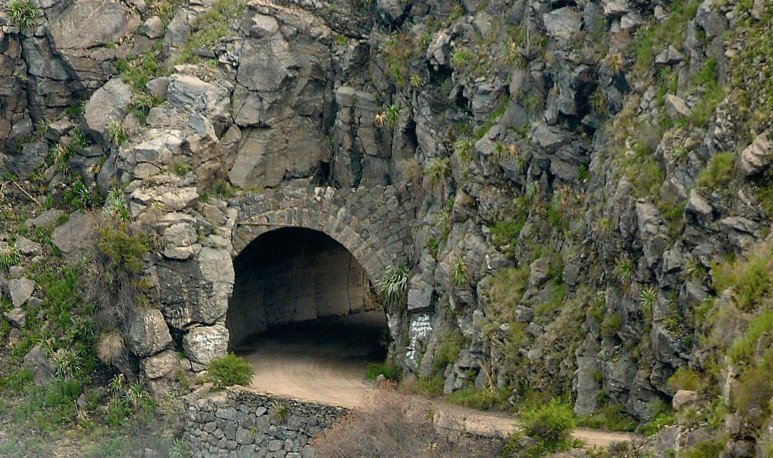 Starting the journey from Taninga by RP28,  the road invites you to go slower, watching and preparing your gaze to delight.  At this point you can find perhaps one of the most imposing panoramas in the apartment  . Upon arrival  you can access the tunnels ,  a road work of 5 steps  below the mountain.

This road is shown  covered by extensive palm trees that are a real surprise for the visitor . Continuing, a set of dormant volcanoes rise to the sky exhibiting  their worn peaks . Later a small chapel, which began to be built  around 300 years ago,  is witness to  the tranquility that reigns in these places. 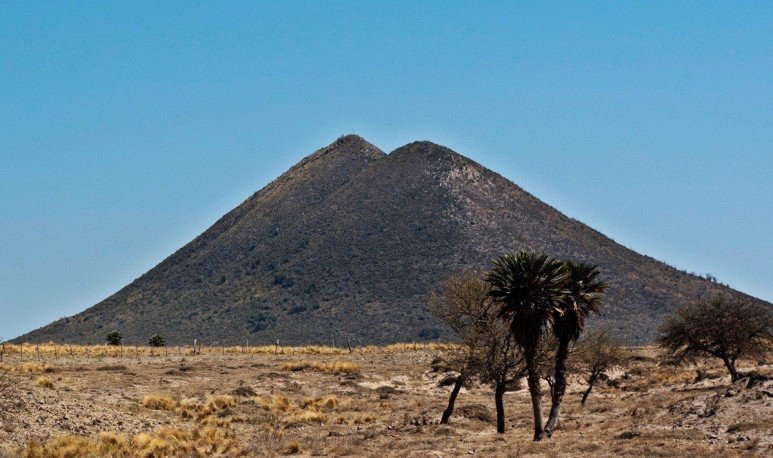 The road, which is very recently asphalt, begins to surround the mountains that take you to  the ancient Tunnels of Taninga.  There are five in total, but it's best for you to stop and  watch the different places .  First Las Palmas  and its old volcano extinct in the background. Then the five tunnels and  the viewpoint of the Quebrada la Mermela . From Ser Argentino we recommend you to prepare the camera to  take the best photos .

The history of this road dates back to the 1930s, its creation allowed a more fluid connection between the provinces of Córdoba and La Rioja.  From some viewpoints, you can see a waterfall, known as the  “bride's veil” . Below, the vast forest plains  mark the provincial boundary. 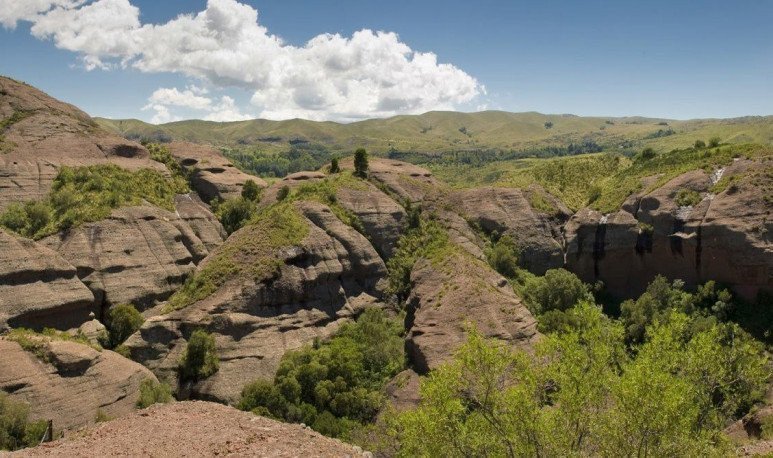 The region of this road involves  3 percent of the native forest of Córdoba,  large hectares are under shelter, such as the  Chancani Natural Reserve  and  the Traslasierras National Park.  The latter  is located around    the former estancia Pinas that belonged to politician Lisandro de la Torre.  Already since 2018 protected area.

Everyone on this road

The predominant species of flora are typical of a dry forest region:  carob, mistoles, quebrachos and palm caranday among others.  The fauna is characterized by the presence of animals such as  pumas, melero bears, guanacos, martinetas, black carpenters, necklace peccaries and endemic species such as cordovan tucu tucu   .  The area is estimated to be habitat   161 species of birds, 24 species of mammals and 30 reptiles.

Tips for the traveler

You arrive from Córdoba taking the road of the Altas Cumbres, RP 34, until you reach Mina Clavero and then head towards Taninga, crossing Cura Brochero and Panaholma, it is  60 kilometers until you reach the place.  From there, on the right, begins  the Camino de las Palmas y Tunnels .. Or by RN 38 to Villa de Soto, then take RP 15 which passes through La higuera, San Carlos Minas, Salsacate and Taninga.  The other option  is for RP 28 Camino a los Gigantes, by a gravel road that can be difficult depending on weather conditions.

It is important not to miss the possibility of tasting kid in the paradores del camino arrives.

To get there by  public transport , you can do so through the company Sarmiento.

Ongamira: a paradise with mysteries