We followed the Real route that was part of our history and forged our argent personality. A journey that is not fantasy. We tell you how to tour this little bit of history. 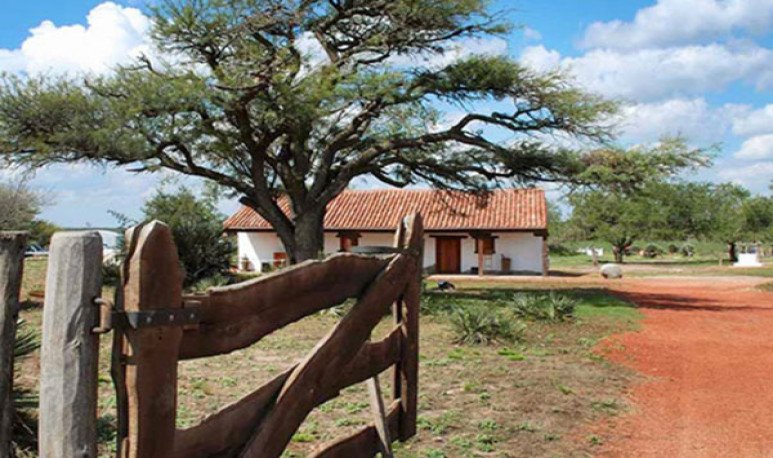 The Old Royal Road to Upper Peru,  is one of the historical icons of South America.   Independencies, struggles and wars for freedom were planned on this journey. The noblest warriors  and generals passed through these lands. As well as the most numerous  armies in defense of the Fatherland.  Therefore, its tour connects us a little with  colonial history and other related events .The history of Cordoba, and the whole continent is found  in each of these postas.

Understanding the past of the Camino Real in our country, also allows us to understand  who we were and who we are as a nation.  Since this was the way through which  unforgettable milestones were achieved for our country , in this note we tell you Las Postas,  from South to North . A little to reverse the story that the North is what matters most, and another little to figure out the direction in which our heroes were going.

It is located in today's Villa Tulumba,  and is of fundamental importance. This Posta was  the center of commercial transactions  and became the  obligatory step  of every traveler.Historic events of an endearing value occurred within it. From there there were numerous paths to other destinations with different motifs.Among the most memorable facts is the  period 1831-1833,  as it was the time when this post became a  military camp of the Confederate Dragons Regiments,  commanded by Francisco Reynafé. This happened after the fall of General Paz. In addition, the  military corps contributed by Cordoba to the Desert Campaign, which was in charge of Ruiz Huidobro, was also prepared  there.

This town has a heart of gold since,  in the centre of the historic center,  are the Cuatro Esquinas. It is one of the most picturesque corners, which served as inspiration for multiple works by different artists. The Real Street, which crosses it in the middle, leads to another unfailing place that is  the home of the Reynafé family,  one of the most influential in the country, where  the Barranca Yaco massacre was devised,  that plot that would culminate in the life of Tigre de los Llanos. The plan that would carry out  the ambush  for General Facundo Quiroga in 1835.

La Estancia y Posta de Inti huasi, retains its name from Quechua and means “Casa del Sol”.  This Posta officially began to function in 1802, at the time it was purchased by José Roque Carranza Ávila from the Monastery of Santa Catalina which had these lands under census. It was Carranza Ávila who made it an indispensable step on the Camino Real. And who encouraged their commercial activity,  at the service of the military community  .

The  most important historical events  that this post treasures  are recorded in 1814  . At that time, General Carlos María de Alvear was heading north along the Camino Real. Upon reaching the post of Santa Cruz, he was informed that General Rondeau, head of the patriot army, had rebelled and did not obey orders.  In response to those refusals  by Rondeau,  Alvear returned to Buenos Aires and was appointed Supreme Director.  Like the other post, this was an obligatory place to stock up, rest and exchange information.

As of 1760, the Posta and Estancia de San Pedro Viejo was already working.  Since in its passage the  Way of Post and Post had been established.  The San Pedro hacienda was used for the concentration of livestock and other essential provisions, which would be  available to the patriotic armies  . This is where the army troops marched north passed.

On one side of this post was built a chapel, which  is currently the oldest in Cordoba.  It is surrounded by palm trees and was designed to venerate  San Pedro, patron saint of the region. Near the Chapel stands out the statue of “San Pedrito” built between  1689 and 1699.