We show you a journey that is not fantasy: it is Real, although, due to its wonderful quality, it seems like stories. We tell you how to tour this little bit of history. 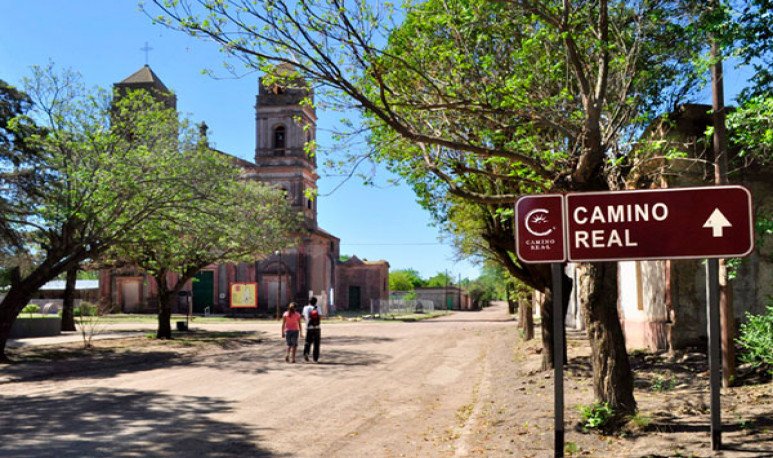 The Old Camino Real to Alto Peru,  is not only a great attraction of northern Cordovan, but also as a historical icon for South America.  Therefore, its tour connects us a little with  colonial history and other related events.  For centuries, native peoples, conquerors and  independence armies left their marks  on this route. The history of Cordoba, and the whole continent is there,  to return every time someone poses his foot on this earth.  Understanding the past of the Camino Real in our country, also allows us to understand who we were and who we are as a nation.  Since this route was the protagonist during the hundreds of years of struggles for independence and national organization. It was the  scene of the passage of the troops  and of  multiple events  that  mark us, to this day, as Argentines.  On this note we throw you Las Postas, from South to North. A little to reverse the story that the North is what matters most, and another little because in that direction was that our heroes traveled.

Estancia Jesuítica de Colonia Caroya is located in the town of the same name.  This space was declared   a World Heritage Site by UNESCO in 2000.  It was the first agricultural and livestock whereabouts in charge of the Society of Jesus in 1616.

It was built in 1618 and today it is consolidated as a  National Jesuit Museum.  The current Cordovan city of Jesus Maria originated in their lands. It is part of the Jesuit Estancias de Córdoba, as it could not be otherwise. Since they were each one of them, declared by UNESCO in 2000 as a World Heritage Site. Since 2014, it is also a memory site of the Slave Route carried out by the same organization. This route was carried out in order not to forget the suffering of slaves, nor the most terrifying and bloody parts  of our history .

It is currently known as the Posta de Sinsacate Rural Museum.  There were veiled  the remains of Facundo Quiroga , killed in Barranca Yaco. There were  emblematic characters, heroes of our history and protagonists of our freedom.   From colonial times to our independence, this section was traveled by several personalities.

For example, this Posta  witnessed the passage of patriotic armies  marching to Upper Peru. As was also  ground stepped by General José de San Martín  at the time of  directing the Army of the North.  A particular fact related to the great liberator is that, in this post, he received the help of cavalada José Javier Díaz, owner of the nearby Santa Catalina estancia.

In addition,  General Manuel Belgrano and Juan Lavalle rested in his bosom.  Therefore, and much more, it was declared a  National Historical Monument in 1941  and restored in 1946.

It is home to one of the most terrible deaths in our history.  They tell the bad languages formed in history, that in 1834, Facundo Quiroga was sent by the central government to mediate the  fighting in the North . A year later  he was returning to this post , and he was  ambushed and killed  by a militia under Captain Santo Perez. That they had been sent by the Reynafé brothers.  The murder of the “Tigre de los Llanos”  and his entourage took place at this point, which makes it an iconic place.  Today a monument is erected in memory of this Rioja warlord.

On this site stands  the town of Sarmiento today.  Although in its beginnings, it had been proposed to found Villa Alvear. In the vicinity of this commune is  the fork of this historic circuit:  one road led to Catamarca and another, leading to Alto Peru.

There are many Cordovan postas that were protagonists in the history of our Nation. There are still 10 more left to enjoy on the next holiday in Córdoba!