A mystic corner, unmissable for those who find themselves in an inner search. This place in the Sierras de Calamuchita is a must-have postcard for travelers of the soul. 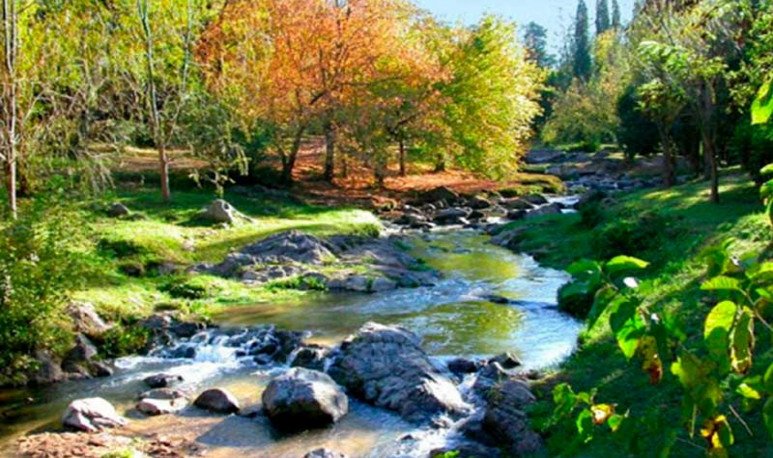 The heart of the country,  which has La Docta as its capital, is the land where unique natural wonders live.  In the middle of the Sierras there are  places and hideaways that give us unforgettable postcards.  In the Calamuchita Valley you will find several of these treasures.  Rivers, mountains, trails and pots  with their particular beauties.  Each wonder  with its special touch. One of the corners that hide in this imposing Valley  is Calmayo.

Its name  derives from the original Cala-Mayo  which means  arroyo del tala.  It is a very small commune that preserves curious traditions. It is  87 km from Cordoba capital  and in the middle of the Old Camino Real linking  Santa Rosa de Calamuchita  and San Agustín.  This magical whereabouts  are located right on one of the stages where the Rally runs.  In its lands it hosts historical and geological wonders to discover. However,  despite its wealth , it is not very recognized. It's a hidden appeal, which seems to belong to another dimension.  His silence and peace take us on an inner journey  in which serenity and introspection prevail.  The Soconcho River  is one of the protagonists of the town.  It crosses the entire community,  and on its shores were built grills and tables to enjoy the landscape.  The native forest accompanies it,  and between pine trees and shrubs you reach a viewpoint that gives us a unique postcard.

This small town  preserves traditions such as serrana nap  . In times where the traffic of villagers  is reduced almost to one hundred percent.  Surrounded by  native trees and crystal clear rivers, this  small town was erected. It has a square, in which several public buildings are concentrated. School, which  fills with childhood colors this paradisiacal landscape.  The health post, the communal headquarters and the church, key points that tell us a little  about the history of the place.  The dynamics of this commune was also built with the  colonial worldview, by the Spaniards.

According to expert historians, the origin of this piece of land,  dates back to 1772.  When the King of Spain granted the Gigena Santisteban family these farms in  exchange for gold exploitation.  Such was the abundance that existed in this corner, that by those times the area was known as  “The Golden Triangle”.   But greed and ambition  ended up  destroying the natural resources  of the place. It was so much the mining activity that not only gold was exhausted, but also  the mines were flooded,  as excavations reached the underground napas. The marks of that history of alienation and subordination can still be seen in  quarries that extract dolomite, quartz and feldspar,  among other minerals. According to geologists and researchers, Calmayo was formed by  a volcano whose magma solidified.  This was what generated a  landscape of gray and green hues unique in all the Sierras de Córdoba.

Mining tourism,  adventure tourism and even  religious tourism  can be done in these lands. The options are varied.  Mountain bike tours, horseback riding, hiking and walks with tourist guides  that reveal unforgettable secrets.  The excursion to the Copper Mine,  one of the most summoning. Of course, its natural attractions are accompanied by a  helpful town  and different  gastronomic and lodging offers  . Which causes many to make this post  a place to return.  Some options to stay and live the Calmayo experience are: Hosteria La Casona de Calmayo, El Albergue, Mountain Refuge and Cabins.

Religious tourism has as its key point  the  Monastery of Our Lady of La Paz,  which was home to Benedictine monks for a long time.  The Monastery was founded in 1976,  but was completed in the 1990s. This property has visiting times, since it is an old building maintained by a couple of Correntinos.  Ariel and Gabriela came to this temple four years ago  , and took care of the maintenance and care of the place. This place  is the birthplace of a lot of history and energy.  It currently welcomes all pilgrims,  no matter what religion they profess.