Home Travel Córdoba A gourmet bubble in the mountains

A gourmet bubble in the mountains

A unique gastronomic point of its kind. Gapasai is the jewel of La Cumbre. Not only for their dishes, but also for their services. 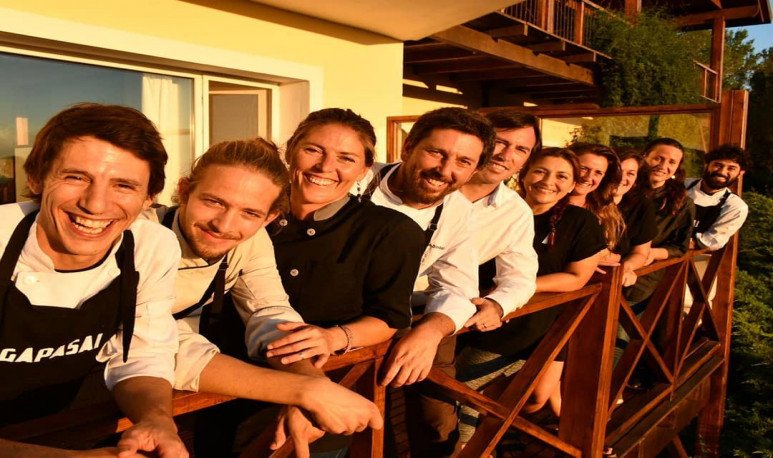 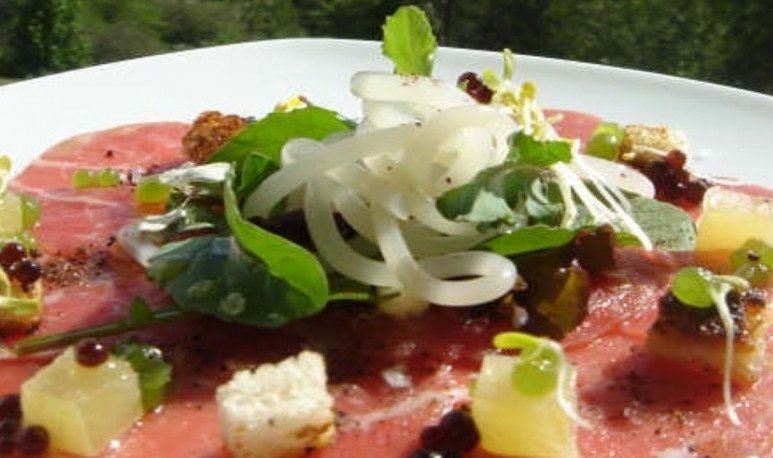 Gapasai combines everything you need  to spend an amazing experience in Cordoba's mountain ranges.Not only is it a unique and spectacular gourmet space, but it also gives you the perfect lodging to connect with nature .  This project emerges as a  family inn for the Blondel,  who wanted to continue their holiday year by year in  La Cumbre.The mother of Santiago Blondel, the chef of Gapasai, is an architect, and in 2000 she designed a very large house for her children to spend summer there .  There are four brothers:   Gaston, Paul, James and Agnes (Ga- Pa - Sa- I)  .

However, after the 2001 crisis, the project was stopped. Until Santiago arrived with his entrepreneurial spirit and the knowledge that his travels gave him.In addition, almost the whole family gradually joined. Inés is a pastry maker and offers her sweet treats. Gaston is a sommelier and brings his knowledge about  the secrets of wine.Maia, the companion of Santiago, has a venture called   “Alegre Origen” of cookies with seeds.And the Blondels' mother takes care  of breakfast at  the inn .  Space that allows visitors to enjoy a stay in the middle of the Summit and next to a unique restaurant.

This project opened its doors to the public  in 2008,  and since that moment it continued to grow. Adding new proposals, recipes and services. Working only with local and seasonal products, it becomes a place that  connects us with the ancestral and the essential.The lines of work with which your staff is managed have to do with making nature and our food a perfect balance .  The gastronomic part of Gapasai  combines several elements  : nature, mountain ranges, orchards and creativity. The cuisine is characterized by being carried out with regional recipes and organic foods.  This magical place that fills our heart is located on the outskirts of La Cumbre. What makes it even more special, because it is surrounded by a  splendid mountain landscape.

The chef in charge of the menu is Santiago Blondel. A Barilochense who chose La Cumbre to develop a  particular and unique lifestyle. That, besides being the star of the place,won multiple awards and continues to be in constant formation,  about gastronomy  and life .  Thus, its restaurant responds to a  holistic philosophy of life  composed of harmony between  gourmet cuisine, authenticity, nature and creativity.This conjugation of various elements results in unique dishes .  In addition, it preaches the consumption of  local producers , generating a  circular economy dynamics. Gapasai maintains a close relationship with fishermen, collectors and small producers in  the Punilla Valley.

According to Trip Advisor, Gapasai became  the best restaurant in Córdoba in 2018.A year later, his chef won the Prix Baron B Edition Cuisine award, with a la carte dish .

The concept that Gapasai proposes is called  “environment cuisine” . The idea is to make dishes  “with what there is”  and above all,  taking advantage of the native forest of Córdoba  and its attributes. Only 3% of the Cordovan forest remains, and for the staff of Gapasai it is essential to start  giving it a new value  so that it is protected as it should be. That's why the menu is  full of    spices  , fruits and local vegetables.

The aim is to make diners  aware of the importance  of the forest and  raise awareness against indiscriminate logging.That's why the restaurant has its own distinctive identity that makes it very special .  The hallmark of a unique cuisine like that of Santiago Blondel,  the harmony with nature , the mark of a family dynamic and the combination with a unique landscape like that of La Cumbre.  “ The menu is called Cicycles, it is 9 steps and each describes the stages of nature in the mountain environment. Dishes with seeds, meat of goats or sheep, yoke, flowers, fruits. We use what's about it in every season, it's a live menu that changes all the time.” Santiago counts in a note made in the magazine Classo Ejecútiva in 2019 .

A  new experience, gourmet and in connection with nature,  awaits you at La Cumbre.

Means of transport to get around Mendoza

What is the best way to get into Mendoza City?

The pearl that does not shine

The mansion of Urquiza