Because we are not only the fernet province and the quartet, we also have historic, imposing and glorious buildings. Let's get to know them. 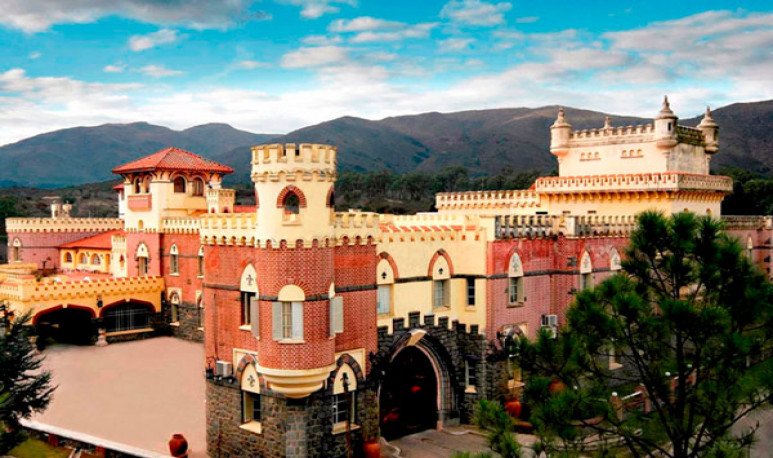 Cordoba is the province that combines nature, culture, fun and history in perfect quantities.  Among the countless tourist proposals, there are a variety of  imposing castles and historic buildings  that will surprise you. In this note we make you  the top 6 of gigantic medieval style constructions   that adorn the mountain corners . Some of these can only be traveled around the peripheries, but they are still just as magnificent. Others function as museums and some can be inhabited by short stays or for particular celebrations.

This stone fortress was the work of the Yugoslav architect Reljak  and was built in the early twentieth century  under the name San Alberto Castle  . The construction  took 26 years,  and passed through the hands  of four owners  until it was acquired by  Puerto Rican pop singer Wilkins,  his current owner.; or, and by which it takes its popular name. Each wall and tower of this jewel was armed with  large stone blocks and each rock was hand chiseled by 50 stone drills in the area,  who sculpted the entire blocks and superimposed them one by one. Due to the characteristics that this fortress presents it can be seen at any time of the year, as it is a craftsmanship of unattainable precision.This place remains open to the public for tours, for  several weekends  throughout the year.

It is a kind of replica of the Moorish palaces , it was built in 1920 by Miguel Monserrat, a Catalan bank residing in Rosario. It is located on a  five-hectare  area of land  in the town of Unquillo  , where you can find olive groves, piletones and a cellar. In addition to a large basement, stables, pigeons, fountains, restoration room,  among other picturesque sectors . The castle was bought in  2000 by Carlos Merino,  its current owner.

It is located  on    RN 38 linking Tanti and Carlos Paz  , in front of Lake San Roque. This is the fortress George Furt ordered  to build in the middle of 1930s.  The project was motivated by Furt's deep admiration for this kind of European architecture.  The construction of lime and boulder    was completed in two stages,  and it mounted its façade similar to the European fortresses, while the main tower is a copy of which stands in the  Pitti Palace in Florence (Italy).   Currently the Castle  of Furt has the quality of private and family use, but until a few years ago it functioned as a museum.

It was built around 1870,  as the central attraction of the estancia Las Playas, located in Valle Hermoso. In 2002, the castle began a process of refurbishment. The Fábrega family manages the now called “  'El Castle' Hotel     Fábrega Organizational Center”,   a spa resort hotel with an admirable architectural beauty.

It was commanded to build around 1920 by Bartolomé Vasallo,  a Rosarino doctor who wanted to place his summer residence in Cordoba. The magnificent pole was known as  “El Fuerte”.  Ten years later,  the construction passed into the hands  of the  Austrian aristocrat Fritz Mandl,  who modified it towards the modernism of thelittle. It currently operates as a temporary residence.

The Italian Augusto Ferrari  settled in Cordoba in the early 1900s and built in Villa Allende a number of chalets with romantic, gothic, neo-gothic and modern styles.  This fortress was built  between 1932 and 1936.  It works as a hotel, with all services. It should be noted that Ferrari  also built the Church  of the Sacred Heart or the Church of Los Capuchinos, one of the most imposing and well-known temples of the city.  So the unique Gothic style is characteristic of this castle.

Let's get to know them!