We tell you the particularities of the four seasons of the year in Cordoba territory. So you can decide when to visit the heart of the country. 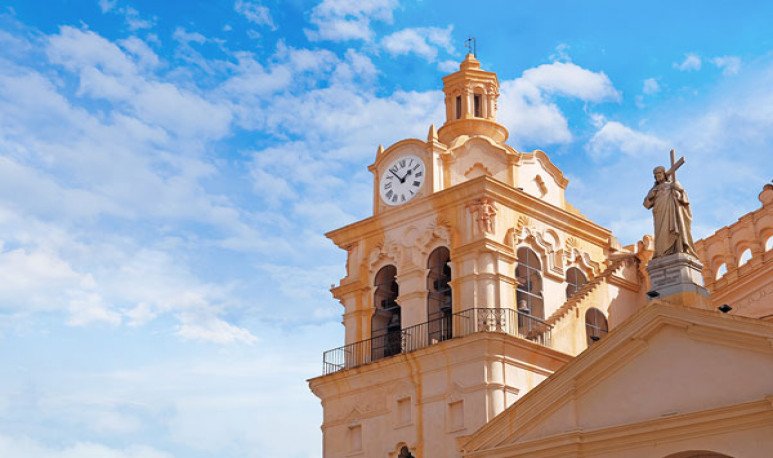 Every time we plan holidays, we wonder what date is better to visit this or that destination.  It is always good to anticipate the  wide thermal varieties   that await us when  we embark on a new adventure. Therefore, to visit Cordoba, there is not a correct station. Just  some variables that will help you put together your travel schedule , but above all things your luggage.

Cordoba, the little heart of our Argentina, is characterized by  its humid subtropical climate.  Which in turn is moderated by the cold winds that rise from the Pampa and originate in Antarctica.  The average temperature  during the day is usually warmer than in Buenos Aires. However,  it is a region that is distinguished by its thermal amplitude.  In the early morning the temperature can drop dramatically, especially during the winter. But all this varies according to the season... That's why in this note we tell you what are the characteristics of the four seasons of the year in this part of the world.

During this season the province has an extremely variable climate.  There begins to be  strong winds, with long periods of cold, dry weather and icy nights, followed by heat  waves  with temperatures that can reach  38ºC.; storms, hail and strong winds. It is normal that the temperature falls below 20ºC; or that, at frost periods, the latter immediately gets extreme heat. It's the most unstable of the four seasons. In October, the days are warm but the night remains cold with an average of 11ºC. In November the weather is similar to that in summer, but  the nights are colder .

This season starts at the end of November and runs until the beginning of March. It's the time when  the heat starts, and the river breaks.  Temperatures can range from 28ºC to 33ºC.  Heat waves are common  and can reach up to 38ºC. At such times,  nights are hot and humid  . The winds of the Pampa provide a bit of freshness, accompanied by storms and colder days. In the morning temperatures can drop to 15ºC or less. Of the four seasons, it is  the one that most points to tourism , since it is the high season.

At the end of February and the beginning of March, the nights gradually begin to get colder. Then,  thermometers start to vary between 27ºC and 15ºC.  April is significantly dry and  offers the best weather conditions  with averages that vary between 24ºC and 12ºC. The beginning of winter can be felt only at the end of April or the beginning of May, when the first frost peeks out. However,  this is the driest time of the year, and usually the territory is hydrated with only 20 mm of rainfall.  During this time, the highest temperature is 21ºC and can drop to 8ºC.

At the end of May, until the beginning of September, with an average between 18ºC and 4ºC, the winter visit takes place. If fortunately the northwestern wind comes,  one of the so-called summers is formed, which   take the environment  for a few days reaching temperatures of 30ºC. On the other hand, if the winds come from the Atlantic coast, there can be  many days of small rains and cold weather.  When the icy winds blow from Antarctica the temperature can drop to 6ºC during the day, and up to -5ºC at night.  Snowfall is a phenomenon  that occurs rarely within the city, but they have some frequency in the surroundings where the Sierras begin.  Since it is high and very intense colds...  Although  in many towns  it is cold to chill the bones, winter is one of the four seasons most chosen by tourists. Since  the holidays happen for the youngest children and the family is encouraged to walk.

And you... what time do you choose to travel?

Cordovan winter: what a friazonononón!