Why do we have Rodin's Thinker

Find out in this note all the oddities of the journey that the sculpture made to be in the City of Buenos Aires. 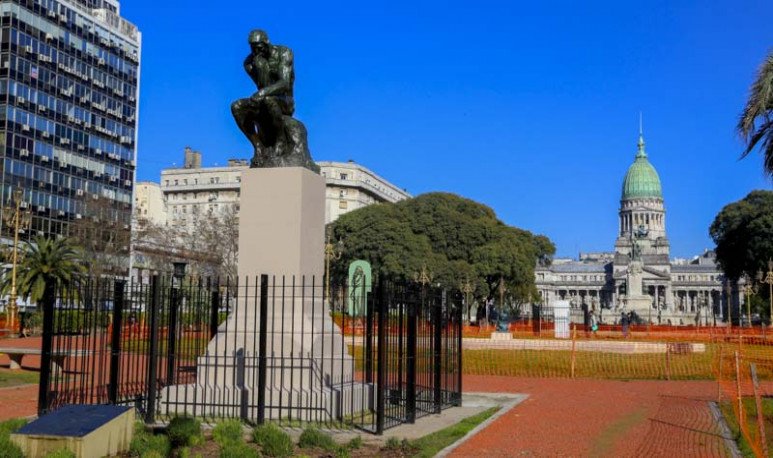 Is that the original one? Did the French sculptor make it? In what year did you arrive in our country and where can you appreciate it? How many questions to answer about this sculpture that is located in Mariano Moreno square in the Montserrat neighborhood.

Whoever crosses Yrigoyen towards Rivadavia via Luis Saenz Peña will see on the right a naked man, sitting on a rock, his feet collected and his head resting on the back of his hand. This is undoubtedly the most famous sculpture of the French artist Auguste Rodin . He performed it in 1880 and is known as  The Thinker . The sculptor devised the piece for one of the allegories and characters of  The Gate of Inferno , that monumental work inspired by the Divine Comedy, by Dante Alighieri. 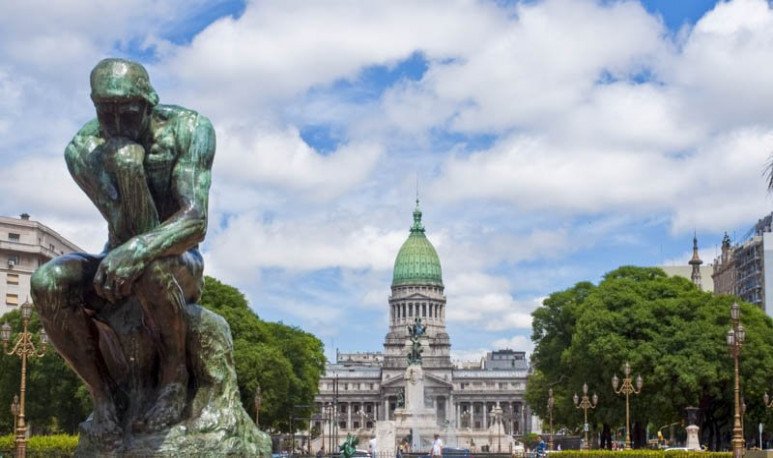 Before being known as  The Thinker , the sculpture was titled  El Poeta . The figure was conceived as a creator who watched the damned, those depicted in Alighieri's text, wandering through the different circles of hell. This original piece only measured 0.70 centimeters and it was in 1903, when it was reproduced on a larger scale: almost 1.90 cm. From there, the sculpture acquired the fame it still retains today.

In relation to the form, analysts of  Rodin  's production claim that he was released from certain accessories designed for the Door. This was what gave him a much more universal character. And while his contemporaries criticized the artists' work for its accentuated musculature, which moved away from the aesthetic parameters for an allegory or representation of the mind, his body and nudity could cross the barriers of time and not be linked to any particular era. 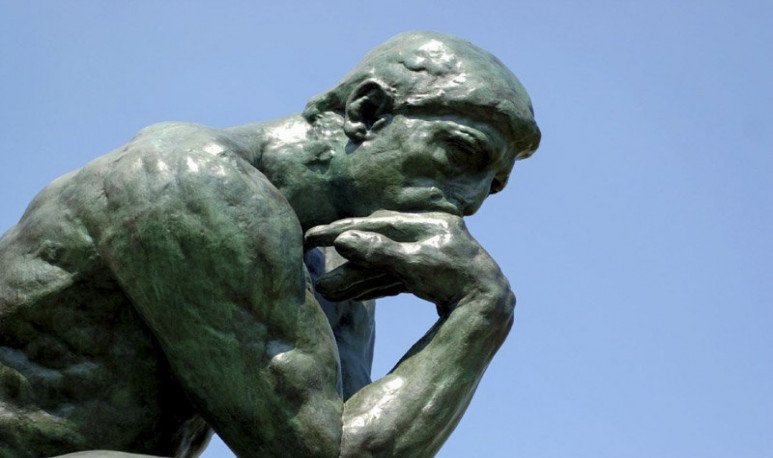 In this regard, the sculptor himself expressed:  “My idea was to represent man as a symbol of humanity. The rough and laborious man who stops in full task to think and to exercise a faculty that distinguishes him from the brute.”

The installation of The Thinker in front  of the Pantheon in Paris in 1906 was a success. In 1922, the sculpture was moved to the  Rodin Museum  in that same French city.

The thinker in Buenos Aires

Thanks to the management of the first director  of the National Museum of Fine Arts , painter and art historian Eduardo Schiaffino, a copy of the French work came directly from Paris in 1907 was made. 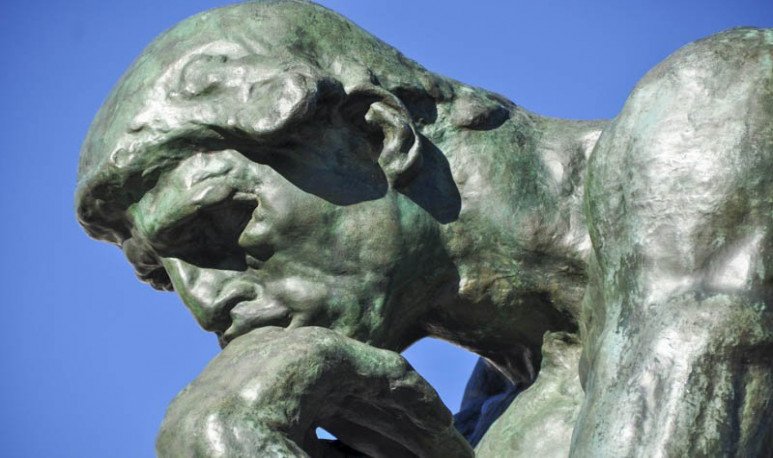 Although it was to be placed on the steps of the  Congress of the Nation , the delay in the construction of the building made the piece — cast in bronze from the original mold and also carried by Rodin's signature — was permanently installed in the surrounding square, behind the back of the main facade of the government agency. It was first exhibited there during the  centenary of the May Revolution . 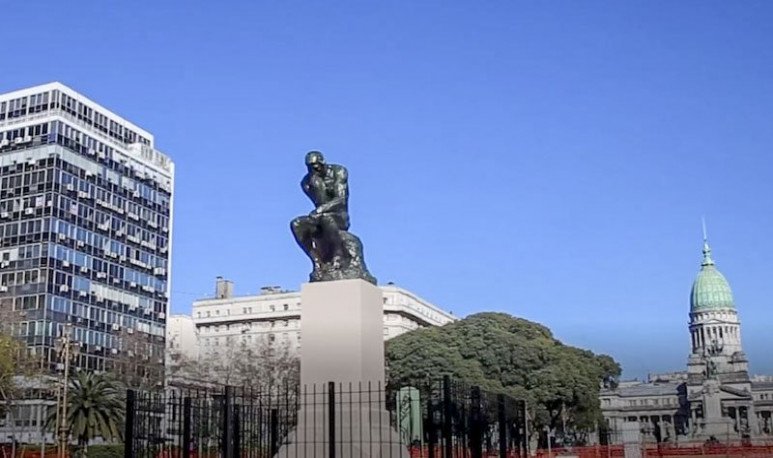 In the middle of 2018, and after more than a century installed there, the work was withdrawn by the  Ministry of Environment and Public Space of the  City of Buenos Aires   for its restoration. In addition to performing a surface cleaning and returning to the original appearance, the height of the pedestal was doubled. In this way, it can be seen better and with greater perspective by those who circulate around the  Plaza Mariano Moreno . After three months of work, together with authorities and experts from the  Rodin Museum in France , the sculpture returned to its original site, to continue to inspire and reflect on the power of thought and reason.

The monument to Pugliese

Farm getaways and reservations to visit with kids

A getaway from Paraná to Hasenkamp

The Monuments of Lezama Park