One of the most popular neighborhoods of the city, La Boca gives us colors and attractions everywhere. Unmissable to walk its streets. 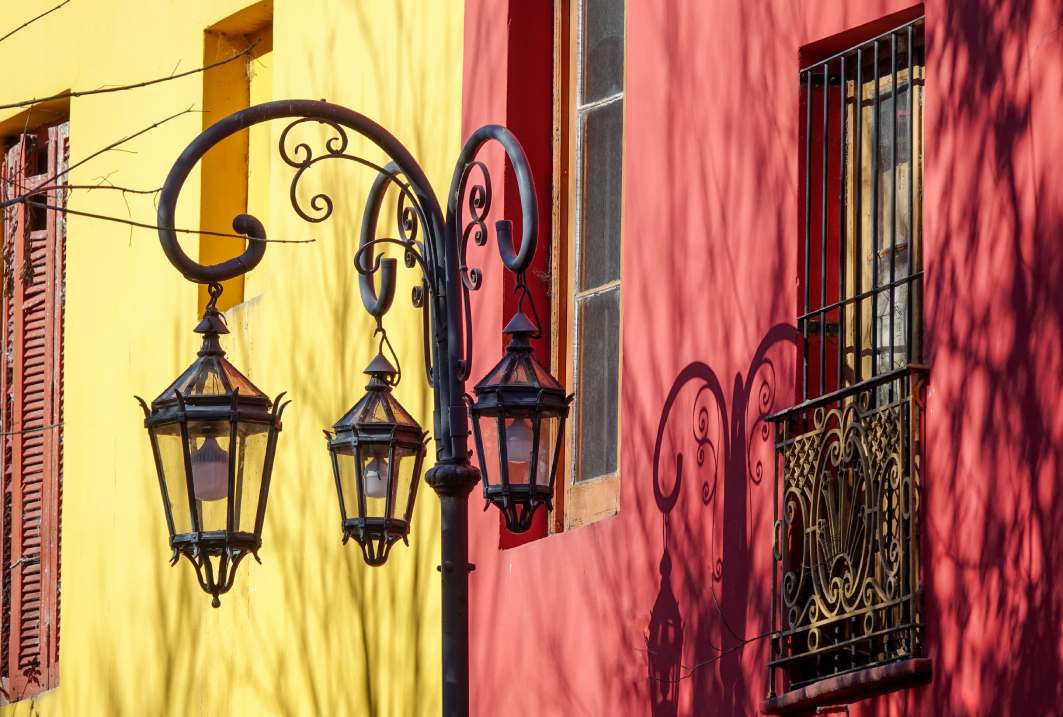 Nowhere in the world is there a neighborhood similar to La Boca. It is one of the most popular neighborhoods of the city and emblem of the Boca Juniors football club. In its streets you can breathe football, tango, port and lots of cambalache. Today we leave you 4 safety pins in the neighborhood of La Boca.

In just 150 meters, the most emblematic street of La Boca is a true open-air museum, with its works of art, its colorful houses, its musicians, its tango dancers, its street artists. Caminito is one of the most emblematic walks in the city, with its typical veneers of La Boca neighborhood, which show its walls painted in different colors. Its winding path is due to the fact that it follows the course of a stream that flowed until the beginning of the 20th century.

The Boca Juniors stadium was opened in 1940. It has a structure horseshoe shaped, with three overlapping trays and a steep angle of tilt that resembles it a box of chocolates. The few meters that separate the field of the grandstands allow a great proximity between spectators and the game, which makes the impact of attending there a football match will make it a unique experience.

This museum exhibits the artist's largest collection of oils and etchings , carried out between 1922 and 1967, as well as works of the current figurative of Argentine art since the end of the 19th century and other artists Boquenses. On its terrace stand out figurative sculptures by artists Argentine, from the end of the nineteenth century to the middle of the twentieth century. The building was donated by Quinquela himself to his beloved neighborhood, with the aim of create a cultural, educational and health centre in the area.

The old ferry bridge, National Historical Monument, is a colossal iron structure that was inaugurated in 1914. He was baptized with the named after Nicolás Avellaneda, President of the Republic between 1878 and 1880. Angle the years became obsolete, so it was decided to build another one more in line with the demands of urban transit growth. To do this they were demolished several blocks of building.