San Telmo is one of the oldest and most traditional neighborhoods of the City of Buenos Aires. Here are some recommendations for you to know. 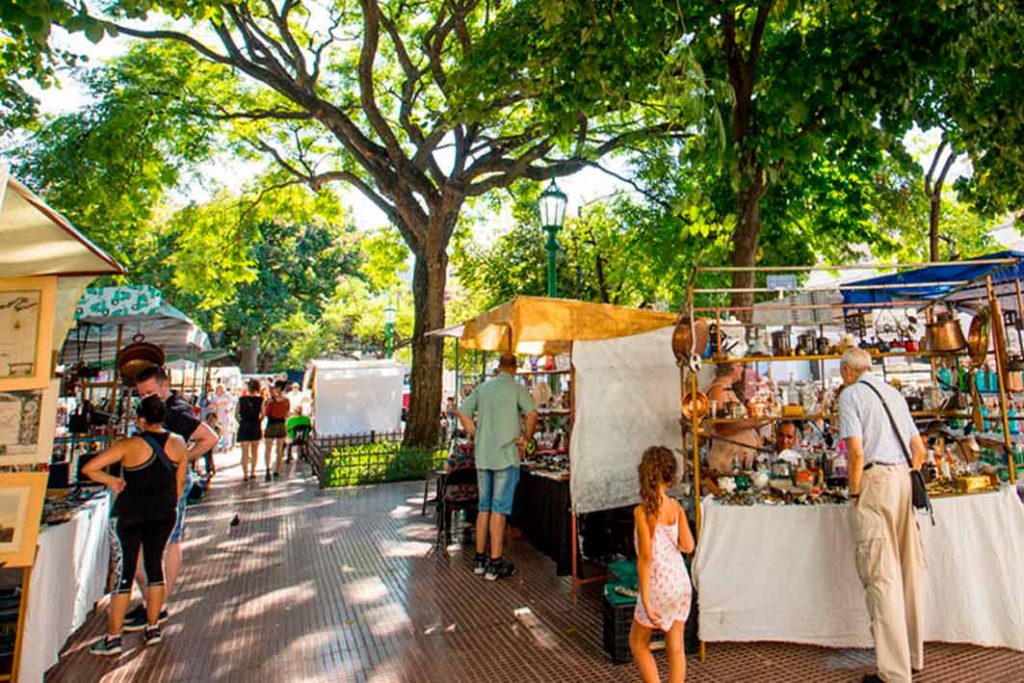 San Telmo is a neighborhood full of places to discover. It is part of the Historic Quarter of the City of Buenos Aires and preserves much of its heritage architectural. Its cobbled streets, low houses and patios with reservoirs suggest a stalemate in time .

We tell you some must-see places in this beautiful neighborhood.

Walk of the Cartoon

This street circuit pays homage to the best characters in Argentine comics: Mafalda, Isidoro, Patoruzú, Clemente and Gaturro, among others. This mid-20th century building was built for the María Eva Duarte de Perón Foundation, but its founder passed away in 1952 and never occupied the offices. Later, the work was reformed and went to this faculty of the University of Buenos Aires. The building is a replica of the building of the Faculty of Law, located in the neighborhood of Recoleta, of monumental and neoclassical style.

This former field warehouse dates back to 1798. In 1969, the famous tangos singer Edmundo Rivero bought it to transform it into one of the most important tango venues in the city. Today it is an à la carte restaurant with an extensive selection of wines and an excellent tango show. With just 2.50 meters in front, this house, which was part of a house from the second decade of the nineteenth century, is known as the narrowest in the city. The minimum house is also known for the myth that hovered around it. It was believed that a free slave had lived there, to whom his master would have donated the land to build his home. It's a two-block cut street. Most of the buildings that flank it date back to the second half of the 19th century. In the passage you can visit the gallery Los Patios de San Telmo, a typical 18th century house that houses workshops by artists and craftsmen. Under this building were discovered tunnels with more than four centuries of life in Buenos Aires. In the 20th century, in the 1980s, the current owner of the site made an involuntary archaeological finding: while trying to recover this house

Are these the 6 best bands of Argentine rock?

The secret of Campari

The ranch: the housing of the gaucho