Side V is the new 100% vegetable option in the neighborhood of Palermo. 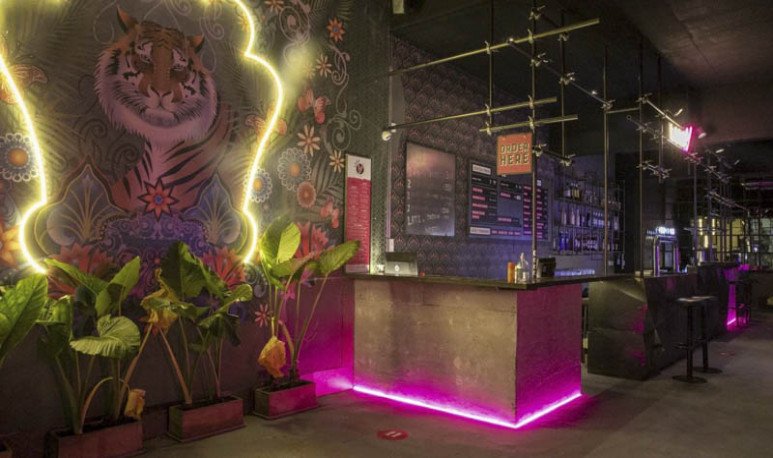 The conception of the place is clearly innovative, in  Lado V  the muse of urban art has done its thing. This one hundred percent plant-based restaurant opens in the heart of Palermo just meters from the iconic  Plaza Cortazar . Within its offer the so-called Street food prevails over the rest and everything, of course, made without products of animal origin. 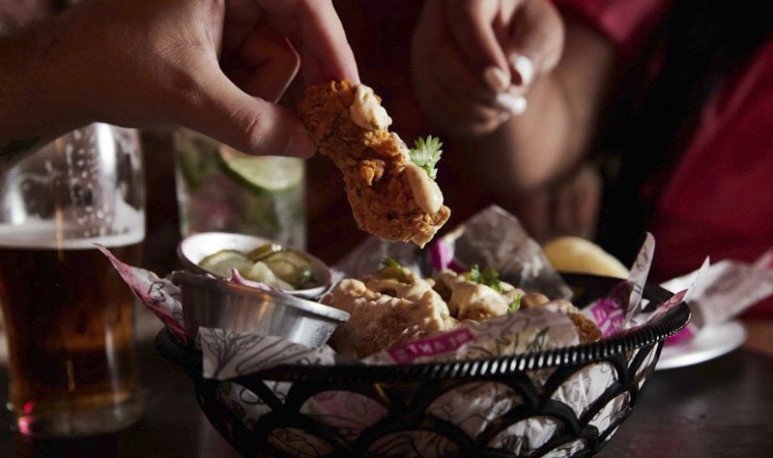 According to the developers of the project Lado V is the first  Street Food 100% Plant Based  that is installed in this gastronomic pole in the city of Buenos Aires. The place draws attention where you look at it. It is fresh, with very good music that, along with the varied menu, encourages you to live a 360-degree sensory experience. 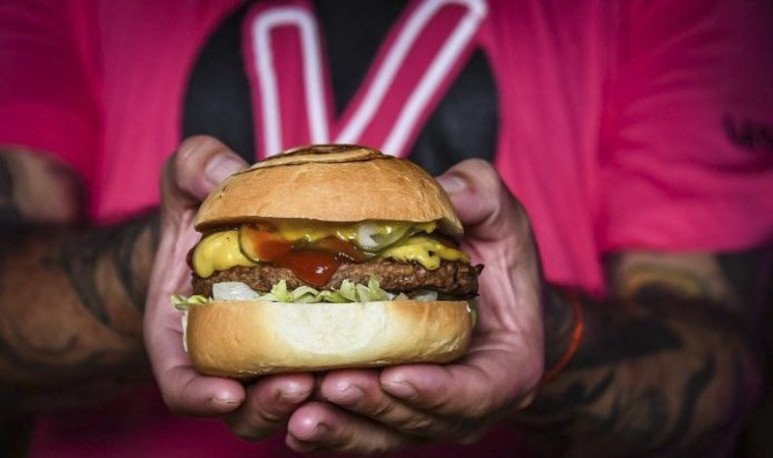 Side V  leaves nothing left to chance, each element is perfectly located and has a not only culinary but also commercial sense. That is why the setting mixes historic neon lights that with fluous colors do not go unnoticed. Some of its walls with Hindu symbology. Even the daring face of a bengal tiger looks out at this veggie restaurant. Everything is perfectly armed for diners to use and abuse selfies and flood social networks with hashteando or arrobando the local. 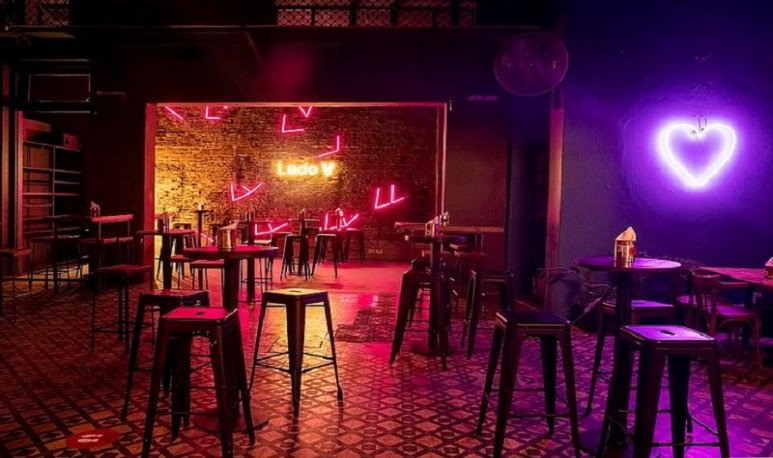 Its terrace is a fantastic area. Whoever reaches that place will be impacted by the mural where the spirit of the local  “Plant power—plant your future”  is clear. In addition, there is a huge bar that combines black, fuchsia and metal where drinks are served that pair perfectly with each of the dishes served. Each wall is the repository of a mural where urban art is exhibited with  errands such as “Don  't forget to eat plants”.

In charge of the gastronomic offer are chef  Dante Franco  and the kitchen team in charge of  Erik Kiuman  . The previewing of each dish makes the cooking space transformed into a laboratory of ideas. Preparations are analyzed and developed in a thorough way to achieve that street food flavor that delights the palates of the begins. 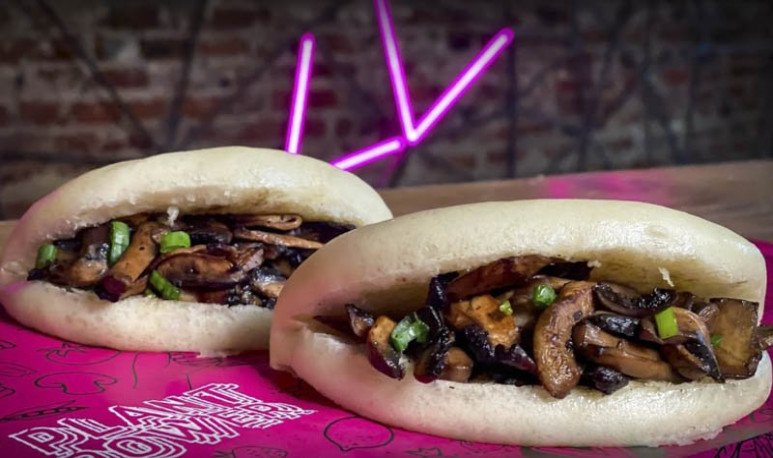 As an entrance or for tapas, the menu stands out the fried bananas with guacamole. Nachos with no-cheese sauce and verdeo. Nuggets made from gyrgolas with tartar sauce and chips, and fries  with mushroom ketchup , not-mayo and crispy onions; among other options of sauces and side dishes. 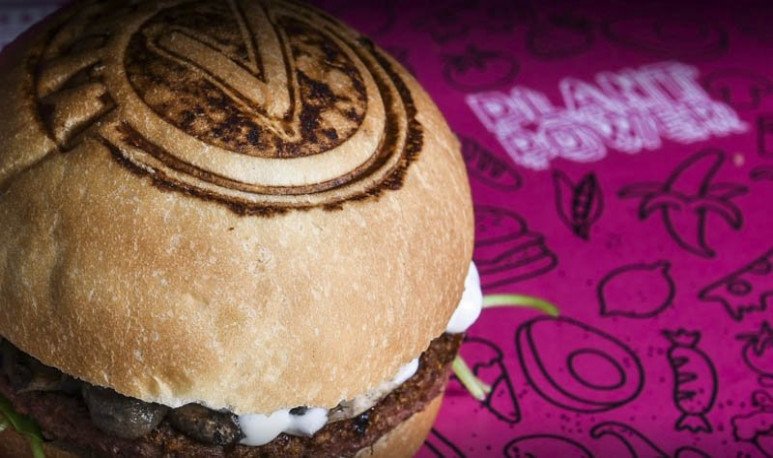 Two classics of street cuisine are proposed to eat between breads, the vaos and the  Not-Burger  s . The first are typical Asian breads steamed with various fillings, such as mushrooms and Chinese chives or tofu marinated with pickled vegetables, hoisin sauce and roasted peanuts. On the other hand, hamburgers have a herbal  Notco medallion  and are served in five varieties that tempt with explosive flavor combinations. For example,  number 2  combines a medallion, guacamole, tomato, fried banana, purple onion pickles, kimchi mayo and coriander.  The four  has a medallion, grilled mushrooms, mushroom ketchup, crispy onions, arugula and not may. And  the five  consists of a medallion, vegan cheese, grilled vegetables, romesco sauce, arugula and aioli. 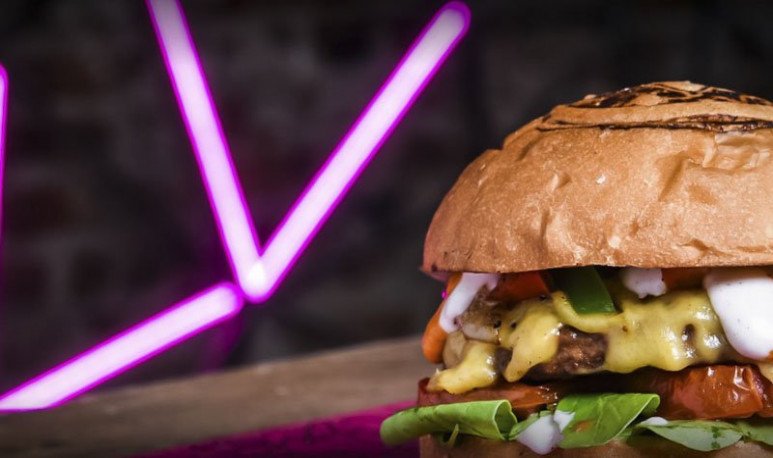 Fried chicken lovers can enjoy  the  “Not Fried Chiken”   made of seitan on two succulent sandwiches: one with tartar sauce, Iceberg lettuce and pickle served on black bread and the second with purple asianslaw (green cabbage, purple, nappa, red peppers, carrots, green onion and coriander), pickles, mayo kimchi and coriander.

New experiences in the Iberá esteros

Day break if you are in Rosario

From the smells the wine, from the flavors the cheese

The southernmost church in the continent

Why it suits you Carpintería