Buenos Aires, Queen del Plata, as immortalized by the Creole Thrush, has wonderful places to know. 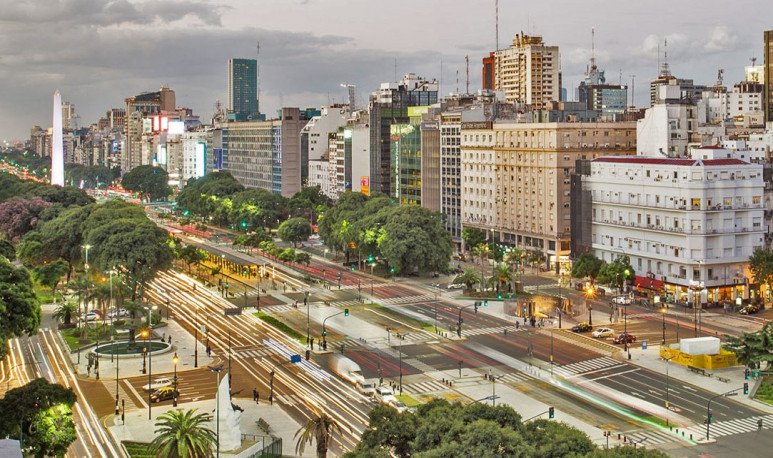 Buenos Aires  a cosmopolitan city since its conception has the same cultural diversity in its tourist areas. We tell you that you can see this Copa América headquarters if you never visited it. 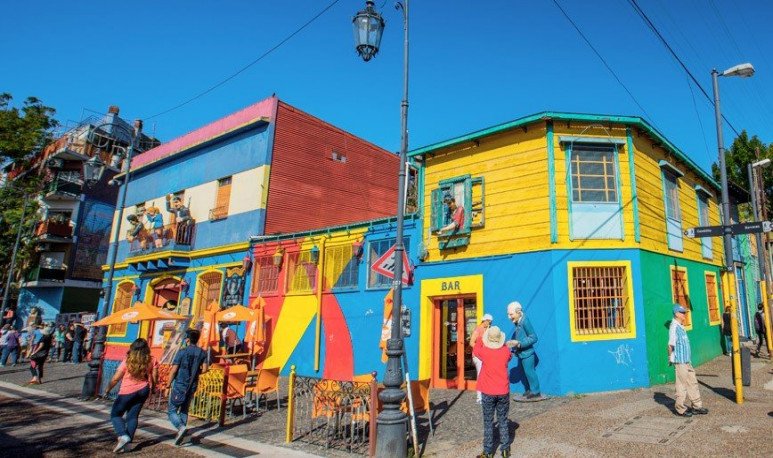 This area is one of the largest emblems in the city. Caminito, is one of the must-see streets and the most touristic. It is a small colorful alley, full of artists, is the tourist epicenter of the neighborhood. Today, this street plays the role of an open-air museum. Multicolored conventillos testify to the time when the first ships full of immigrants arrived at the port of Buenos Aires. Visiting it is to discover corners, artists and its history. 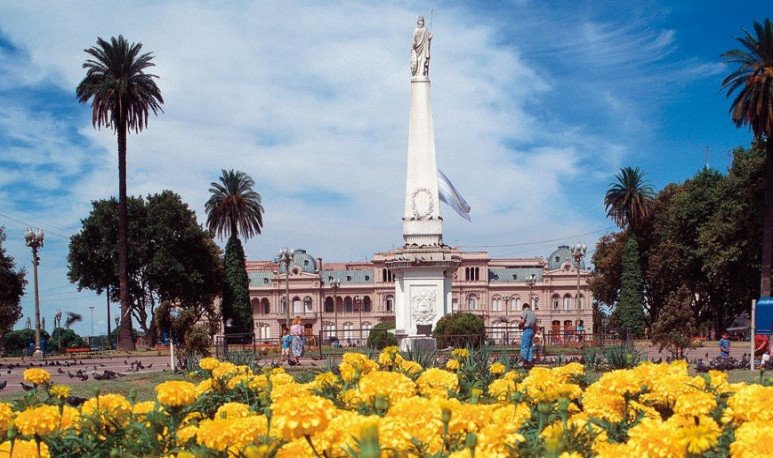 It is the heart and founding center of the city. This is where it all began more than 300 years ago and where the main events of national history passed and continue to develop. The square is surrounded by emblematic buildings such as Casa Rosada, the Cabildo de Buenos Aires, the Metropolitan Cathedral and the Banco de la Nación Argentina. From it are born two important arteries in that area of the city that lead to two other Buenos Aires icons. The first, Av. de Mayo with Parisian-style buildings that ends in the Congress of the Nation. And the second is Roque Saenz Pea Avenue that crosses the Obelisk. 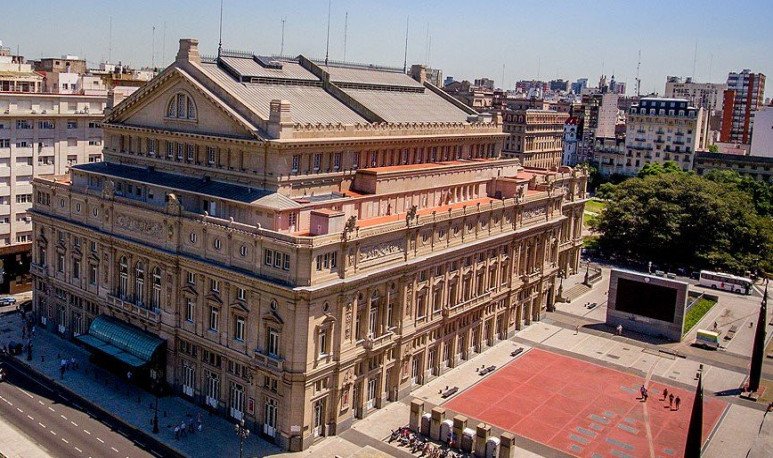 It is considered by world critics among the top 5 lyrical theaters in the world, its acoustics is extraordinary. Artists from all over the world visit it every year. Whoever can attend any of their shows, will have a unique experience. Guided tours are also available. 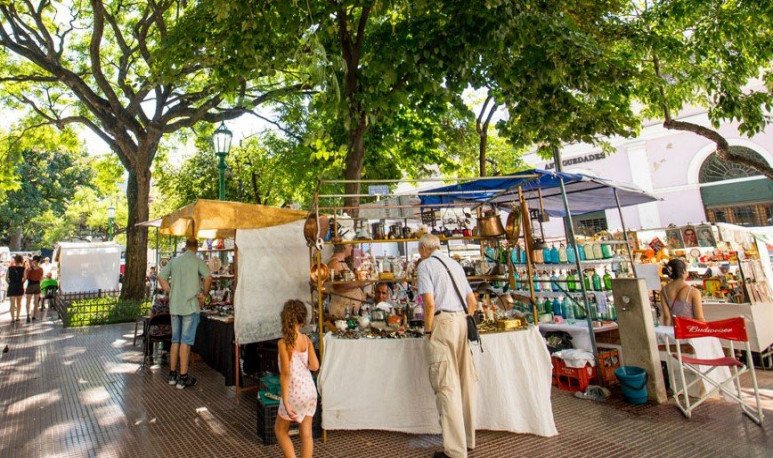 It is the most bohemian district in the city. An ideal place to stay. Although it is located in the city center, it is very quiet during the week. And his night has a mystical side. The heart of the district is Dorrego Square and there are antique shops, bars and breweries in the surrounding area. On Sundays, Defensa Street is disguised as a fair and the square in a “spanish market”. Craftsmen, collectors and street artists flood the neighborhood and give it a different life. Another place to visit is the San Telmo Market which has stalls selling food and antiques and new gastronomic proposals. 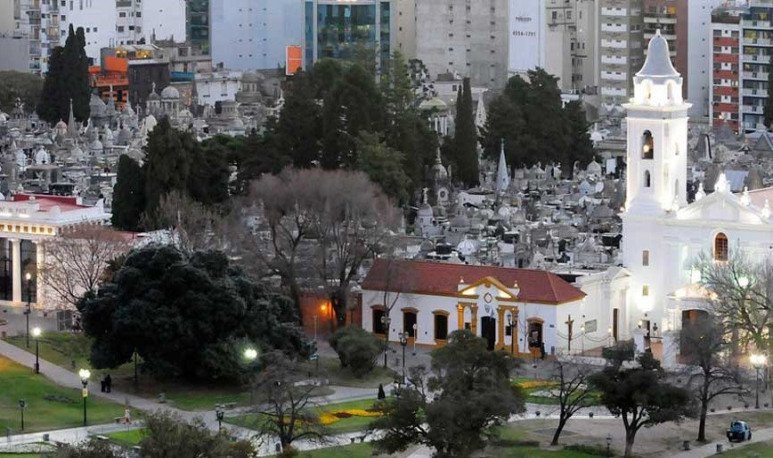 It is undoubtedly the most French area of the city by the Parisian air of its buildings. The history of the district is closely linked to French immigrants who have left their visible mark on architecture. Its name comes from the convent of the parents Recoletos, originally from France. Today, the Basilica Nuestra Señora del Pilar is a testament to that history. The convent of yesteryear has become the Recoleta Cultural Center. But there is even more on these nice walks along the elegant Avenida Alvear. The Recoleta Cemetery, the National Museum of Fine Arts, Plaza Francia or Café La Biela a meeting point for great intellectuals such as Borges and Silvina Ocampo. 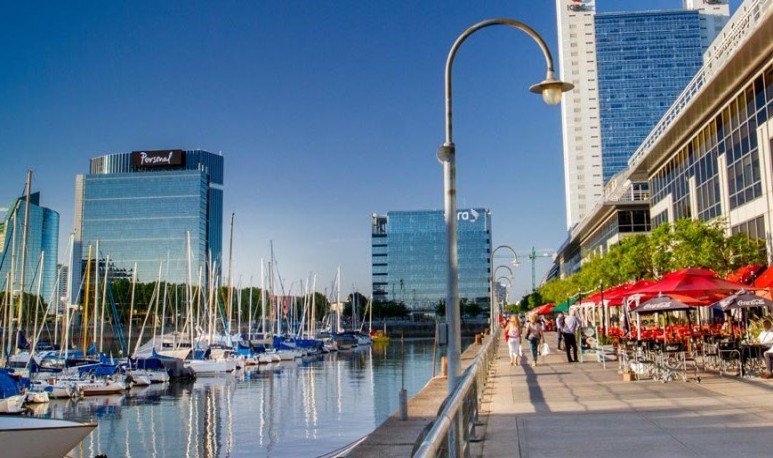 It's the youngest neighborhood in the city. Although at first glance the area seems very modern, this area has a lot of history to tell. In 1887 the construction of this port began, which replaced the first port of Buenos Aires in the Riachuelo. But shortly after its inauguration in 1898, the new port was small and abandoned. It was not until 1992 that the government decided to renew the area. The ancient deposits have become one of the most important gastronomic centers in the city. Today, the area has acquired a very modern look thanks to the new and luxurious buildings.

9 de Julio Avenue, the Obelisk and some interesting facts

The icon of the city. The widest avenue in the world and a monument that few people can decipher. This is the epicenter of Buenos Aires traffic chaos.

Murals of Eva Perón:  From the Plaza de la Republica where the Obelisk is located, you can see, to the South, the building of the former Ministry of Public Works where there are two steel works with the figure of Eva Perón that light up at night. 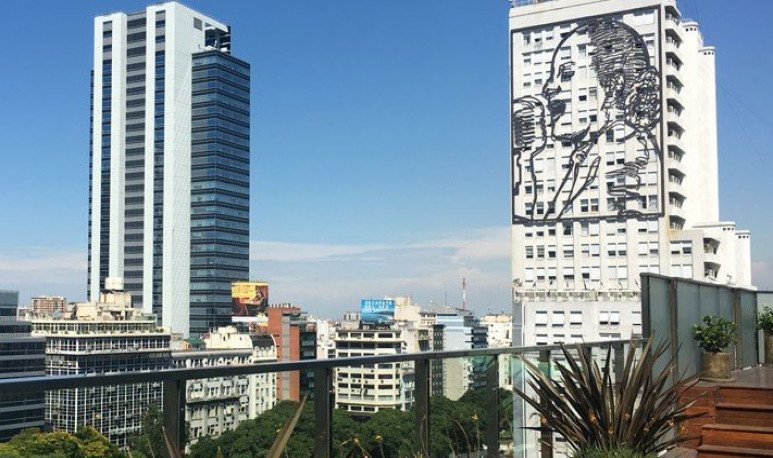 Chalet Diaz:  If you look up and west from July 9, you will see a house at the top of the buildings. It belonged to Rafael Díaz, a Spaniard who decided to build a villa on the terrace of the building he had built. On the ground floor he had a business and he was going there for lunch and nap.

What to do in Santiago del Estero

Things to do near Islas Malvinas Stadium

What to do in the capital of Mendoza

What to do in Cordoba