The Song to Work exists

Children, women and men are part of an immense sample of liberation and effort. 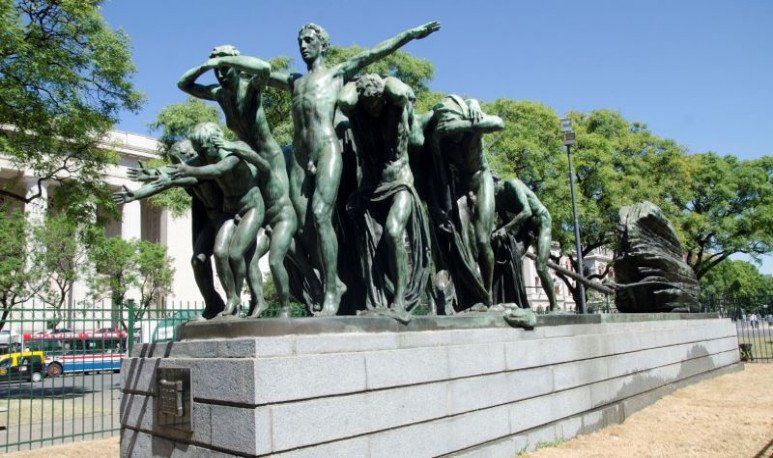 El  Canto al Trabajo  is a sculptural group cast in France by Argentinean artist Rogelio Yrurtia. There are fourteen bronze figures carrying a large rock, emblem of the collective effort of human work towards progress. The five silhouettes that walk forward symbolize the family: a father, who advances in a serene and waiting attitude; the mother, who looks in the distance as examining the future of his children; and three children, symbol of hope.

The naked bodies the big rock in its purest state, everything wants to show us to work as a condition. We are hints at a vision of work in poetic, pure conditions. Suitable for thinkers who existed in those times. 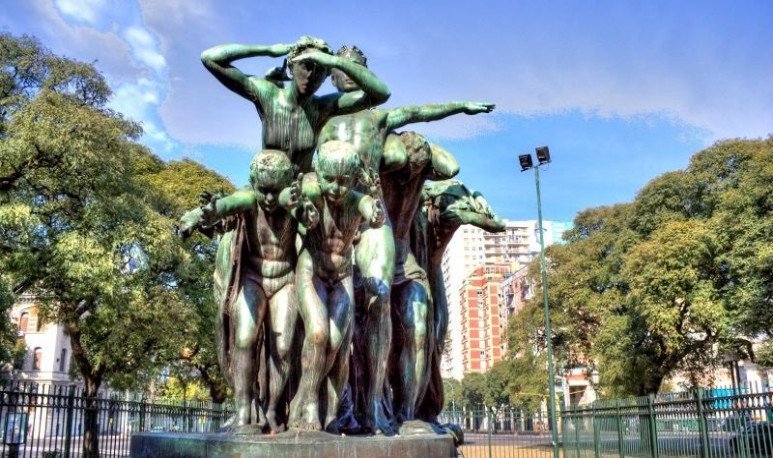 Canto al Trabajo is one of the most outstanding sculptural groups of Argentine art, inaugurated in the Eva Perón square, located in Paseo Colón and Independencia, in the San Telmo neighborhood of Buenos Aires city.

Yrurtia received the commission of the monument by the then municipality of Buenos Aires, and the original idea underwent several changes, especially in the number of figures. The work was done, in plaster, in his Parisian workshop where the artist resided. The foundry was carried out at Alexis Rudier's workshops in Paris. Singing to Work, was inaugurated at the National Museum of Fine Arts in 1922. The group was exhibited there until 1927 when it was installed in Dorrego Square, where it remains a decade. Then it is moved to the current location.

Other works of Rogelio Yrurtia to discover in Buenos Aires

Rogelio Yrurtia (1879-1950) is considered the most important Argentine sculptor of the 20th century. Rodin's contemporary, his works were exhibited in Paris and, in 1904, he won the Grand Prix of Honor at the Saint Louis World Exhibition. In our country, meanwhile, he left as a legacy different monuments, many inspired by heroes of national history. His creations are already an undisputed part of the city landscape and cultural heritage of Buenos Aires, with incalculable artistic value. 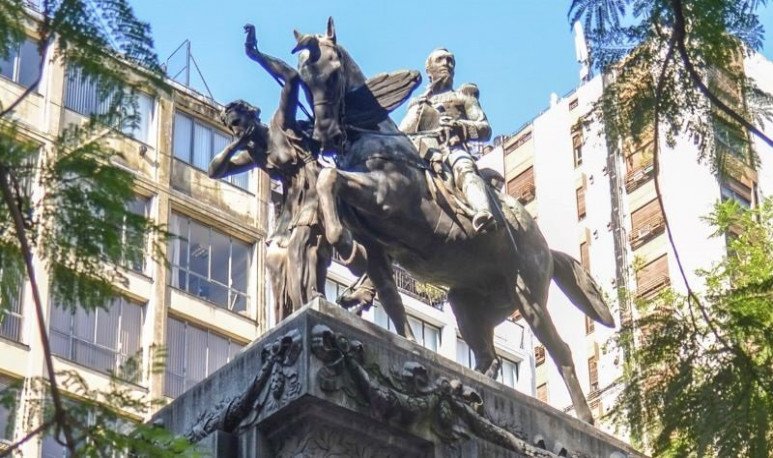 Among those located in the urban space of the city of Buenos Aires include: The monument-mausoleum to Rivadavia in Plaza Miserere (commissioned in 1916 and completed in 1932); the Monument to General Dorrego, equestrian statue of the procerer (in Viamonte and Suipacha), Los pugiles (in the courtyard of his home in Belgrano); Tribute to Dr. Alejandro Castro (inaugurated at the Hospital de Clínicas in 1904).

Another attraction to get to know even more about the artist from Canto al Trabajo is to visit his museum in O' Higgins 2390. In 1942, for a project presented by Senator Alfredo L. Palacios, sculptor Rogelio Yrurtia and his second wife, painter Lía Correa Morales, transferred to the State their home in the Belgrano neighborhood with their furniture and works of art. It was opened to the public after the artist's death in 1950. Yrurtia had bought that old house, from the end of the nineteenth century, and he was responsible for redesigning and expanding it. 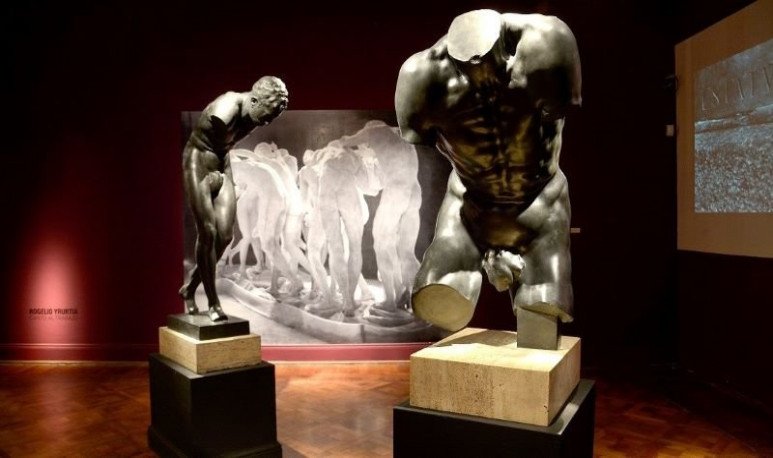 In addition to the sketches of the works performed, portraits in plaster, studies of torsos, feet and hands and other works complete the set. There are also paintings and drawings by Correa Morales. On the other hand, there are collections of paintings by Argentine artists such as Eduardo Sívori, Benito Quinquela Martín. Among the foreigners he emphasizes an early work by Pablo Picasso that Yrurtia acquired during one of his stays in Paris.

The story behind the Monument to the Cid Campeador

Visiting the Valley of Los Altares in Chubut

The Valley of the Red Moon

Beagle Channel: sailing on the “End of the World”

5 excursions to do in El Chalten