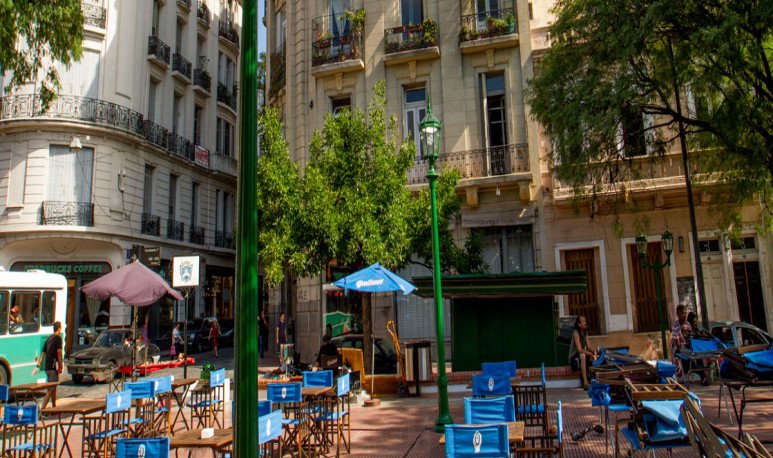 Plaza Dorrego , where the  Feria de San Telmo runs every Sunday, is one of the busiest walks by the inhabitants of Buenos Aires and tourists. There are numerous antique stalls that give it a sophisticated flea market feel. Located in the heart of San Telmo, many of the nineteenth century farmhouses around it have been recycled and transformed into cafes, antique businesses (especially on Defensa Street) or category restaurants. The local bars put tables on the street and is one of the places with most street artists in the City. The square is considered a Historic Place, since there was announced in 1816 to the town of Buenos Aires the Independence that had been declared months earlier in the city of Tucumán.

In 1970, the architect José María Peña, then director of the City Museum, thought a fair that could revitalize San Telmo. He convinced thirty neighbors to sell “old things” they had in their homes and a year later the fair was a success, with more than 200 antique dealers stalls. Years later, the district of Defensa Street is one of the most prestigious antique dealers in America.

The fair is so successful that the stalls have spread to neighboring streets, taking Humberto Primo, Defensa to Lezama Park and part of Pasaje Giuffra. The stalls located above the square are mostly antique dealers, while those on Defensa Street sell handicrafts and “rare” objects. The festive climate is not only at the fair, as on Sunday, restaurants open with outdoor tables, there are shows in historic bars, artists show their ateliers and the sidewalks become a gigantic stage 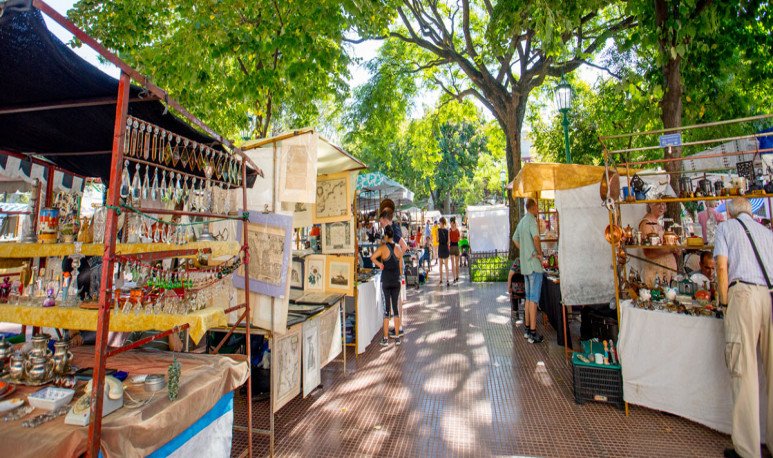