Contained by the Tres de Febrero Park, the Japanese Garden is a nest in Buenos Aires that falls in love with those who know it. 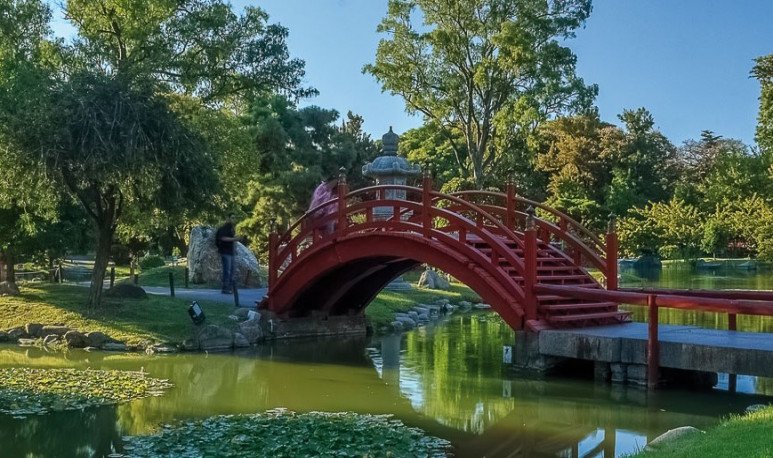 Jardín Japones is located on Av. Casares 3450 in  Palermo district. The first was the visit of the then Crown Prince to the Imperial Throne of Japan, Akihito and his wife, Princess consort Michiko. Both the project and the investment for its construction was contributed by the Embassy of that country in Argentina. And here comes the second reason. Japan was grateful in that event to our country for unconditionally receiving the thousands of immigrants who arrived as a result of World War II. 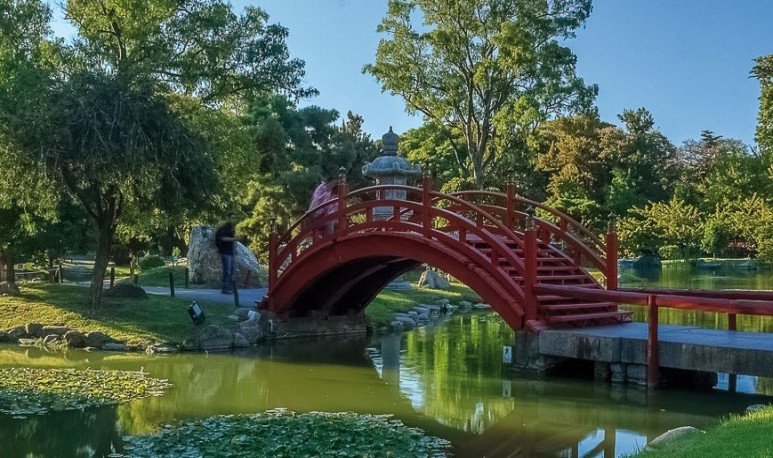 Whoever visits the Japanese Garden of Buenos Aires feels to be in a fantasy story, an amazing place where peace and harmony swarm. The visitor feels that this experience will endure forever in their hearts. Its hypnotizing calm and natural beauty is opposed to the chaos that lies in the city before entering. Somehow walking through its streets, crossing bridges, the noise of water, multicolored fish force reflection.

It is one of the largest Japanese Gardens in the world outside of Japan. In 2004, the Ministry of Tourism of the City of Buenos Aires declared the Japanese Garden as a Site of Tourist Interest and, four years later, the National Government declared it a Site of Historical and Artistic Interest of the Nation. 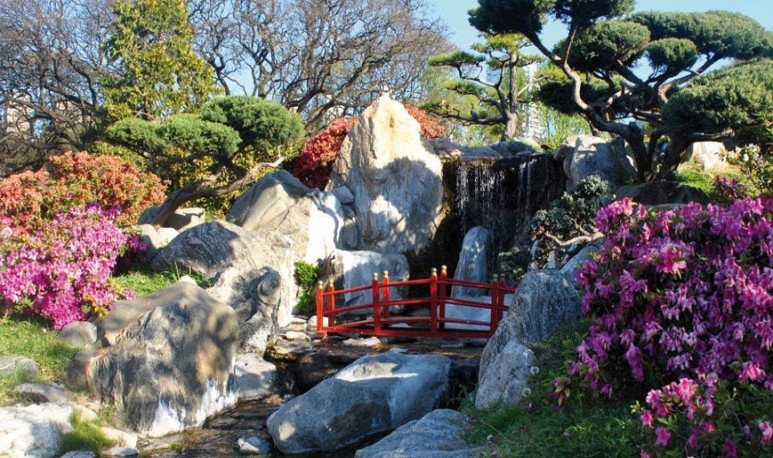 In 1977 the Japanese Garden was redesigned under the direction of the prestigious landscape engineer Yasuo Inomata. In the 10,000 square meters that has the property restored the island and built waterfalls. He made the current entrance, the bridges, the gazebo. The recreated landscapes were made with Cordovan stones. The rocks carved with straight lines were made by prisoners from Sierra Chica in the province of Buenos Aires. With them they set up the trails over the lake.

In the park there is also a Cultural Center; a restaurant serving Japanese cuisine; a nursery where you can buy plants and bonsai and a shop with Japanese handicrafts. The Japanese Argentine Cultural Foundation provides a generous cultural tourist trip to delight in the most beautiful and fantastic places of Japanese culture. Getting to know castles, temples and observing the beauty of cherry blossoms.

The restaurant shares the best of Japanese culinary art. While most ask for sushi, made in the view of diners, we recommend looking in the menu for other delicious dishes. At night the experience transforms into an unsurpassed moment. The place offers the option of Japanese-style tables for barefoot dining. The subtle luminaire, its appropriate minimalist decor and meticulous service make it rechoice again and again.

Photographs: Tourist Entity of the City of Buenos Aires