Chinatown is a must-see walk where cultures blend and time flies. We invite you to visit it. 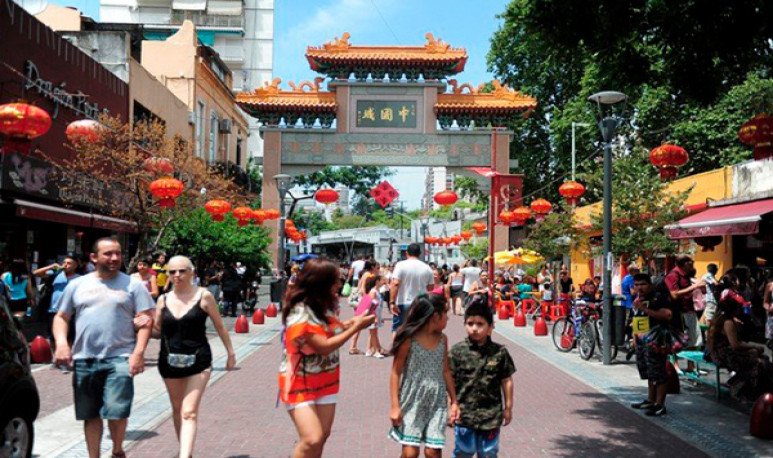 Many of the world's big cities have one. That's why you couldn't miss in Buenos Aires:  Chinatown  is one of the must-see walks in the city. Located in the  neighborhood  of  Belgrano , it offers us a lightning trip to a very distant and, above all, different culture. Ready to meet him?

An immigration that changed the face of the neighborhood

Over the decades, Buenos Aires was the destination chosen by thousands of  immigrants  from different parts of the world to take root and project a better future.  Asians  came, for the most part, in  the 80s  and many of these families settled in this Belgrano area  . Although popularly known as “Chinatown,” the reality is that the immigrants who settled there came from different countries in the East, such as  China, Taiwan and Japan.

What we know today as  Chinatown  is a sector located between  Arribeños, Juramento, Olazábal, Montañeses  , and its surroundings. Asian families who settled in that area  completely changed the appearance of the neighborhood . Typical restaurants, street locals and even Buddhist temples were opened. One of the first in the city was the  Chong Kuan Temple,  opened in 1988 on Montañeses Street.

Currently, some  200,000 Chinese live in our country, 70 percent of whom live in Buenos Aires City and the metropolitan area, according to the latest survey by the Under-Secretariat for Human Rights and Cultural Pluralism in Buenos Aires. This positions the Chinese community as the  fourth largest in the country , behind the Bolivian, Paraguayan and Peruvian.

Chinatown is a regular walk for both the porteños and tourists. While there are many ways to enter, virtually everyone chooses the same: through the imposing  access arch , located in Oath and Arribeños. It is that, when we go under that structure, we feel that we are really leaving Buenos Aires behind and entering a completely different world.

This arch, made of cement and stone,  was brought unarmed from China and then assembled at Arribeños Street access . It measures 11 meters high, has three levels of tiles and the ends of the ceilings adorned with dragons. Each column ends with a stone lion carved at the base.

We have already passed under the arch, now we have to start the route. On both sides of that street, the adventure begins:  shops and supermarkets with typical oriental products of all kinds , from imported food to decorative objects or local manga and anime. Shops are open from Monday to Friday, but they are crowded with visitors especially  on weekends , when there are also street stalls of all kinds.

The plan is to walk, walk around and get into the places that attract us the most. The most fun thing is to discover the great amount and variety of things we can find there.  Gastronomy  is another of the strengths of the walk. There are restaurants with typical dishes, but also many  food stalls on the  go at really affordable prices. The offer is for every taste and for every budget. That's right: the  fortune cookie to finish the  meal and find out what fate will hold us.

A place full of symbology

Appreciating the details that refer us to  oriental culture  is also part of the experience offered by Chinatown. In the already mentioned entry arch,  lions  are erected as access guards. There are those who believe that touching their claws brings luck. But in reality, tradition indicates that you have to  look into your mouths for a hidden ball and caress it . That ball symbolizes wisdom.

On Arribeños, towards Oath, there is another typical sculpture, which was also donated by the Chinese community in 2016. It is a  protective dragon  that, according to the seasons, brings different elements for well-being. Murals adorn the neighborhood and, on several occasions, fish dominate the scene. For Chinese culture,  fish is a sign of abundance.

The colors also have great symbology for Asians.  Red is the fundamental color , and you can see it everywhere, starting with the Chinese flag. Why red? It is said to  scare away evil spirits . Dorado, meanwhile, means power and wealth.

A good time to visit  Chinatown  is between the end of January and the beginning of February, when the  Chinese New Year  is celebrated. In the celebrations the Chinese, Korean, Vietnamese, Japanese and Thai communities living in Buenos Aires come together. Musical shows, activities and a great fair with food stalls, crafts, souvenirs and all kinds of oriental objects make it really worth the visit. 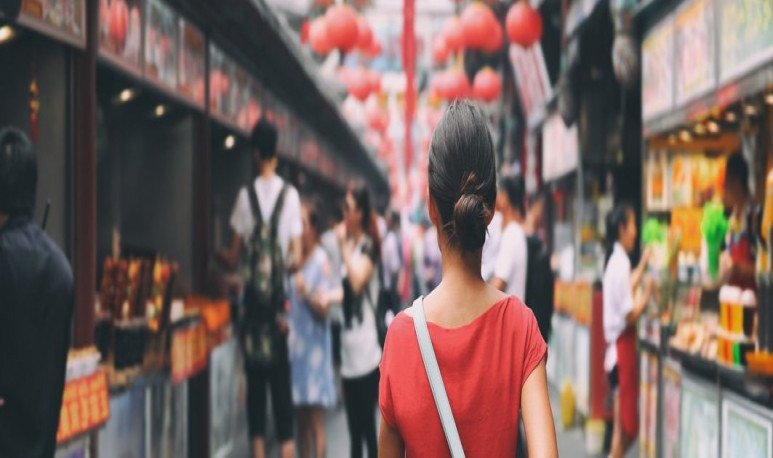