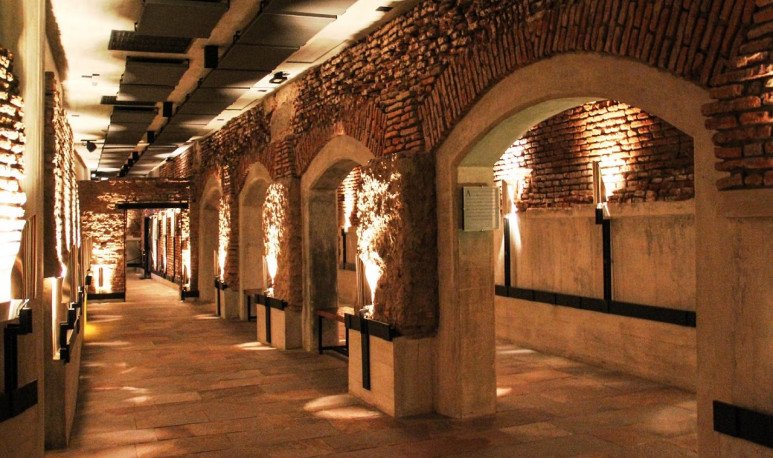 In 1985, a gastronomic entrepreneur bought an abandoned house in the neighborhood of  San Telmo  with the purpose of transforming it into a place for meals and events. The building, which dates back to 1830, was practically in ruins.

When they began with the demolition of areas impossible to recover, they noticed that, because of the weight of the machinery, the floors began to yield. Without imagining it, they had found the most relevant archaeological finding in the City of Buenos Aires: tunnels of a bygone era. What happened led archaeologists from the University of Buenos Aires to take intervention.

Beneath the house, researchers discovered a vault-shaped construction, which was nothing more than the roof of a tunnel nearly two kilometers long. The exploration found that the house was on, what would be, a drainage system.

According to city architects, these tunnels were built in the last quarter of the 19th century. The goal was to rechannel the series of streams that the city had and that produced problems when they overflowed. In fact, so today is Chile ran the third stream.

This house was eventually recovered and is known as El Zanjón de Granados, a museum gateway to the restored tunnels. There you can also see the objects found during the excavation.By observing them, in the present state, the visitor could imagine the best of urban stories and legends. With LED lighting, the bricks are highlighted and restless romantic stories sound.

But not all tunnels were intended to be used as drainage. Already in the 16th century  the Jesuits  created another set of underground galleries. And they are the ones that we can visit today under the Apple of Lights. A plan that was to connect the temples of the city and allow priests and their congregations to escape in case of attacks.

Similar structures are also found in Lima, the capital of Peru. In case of attack, the only escape route was underground. The aim of the Jesuits was to keep them secret, so there is no record of them so their extent is unknown.The Jesuit tunnels remained clandestine until the beginning of the last century, when in the midst of renovation works of the Buenos Aires National College the flats, as in El Zanjón de Granados, collapsed.

Those who visit both underground passages will clearly notice the time they were built, their structure and use. There are also those who claim that this area of the metropolis was full of tunnels. Many of them disappeared with the works of the city's underground.