6 places not to be missed in Recoleta

Recoleta is one of the most beautiful neighborhoods in Buenos Aires and is full of different activities to enjoy. Safety pins for locals and visitors. 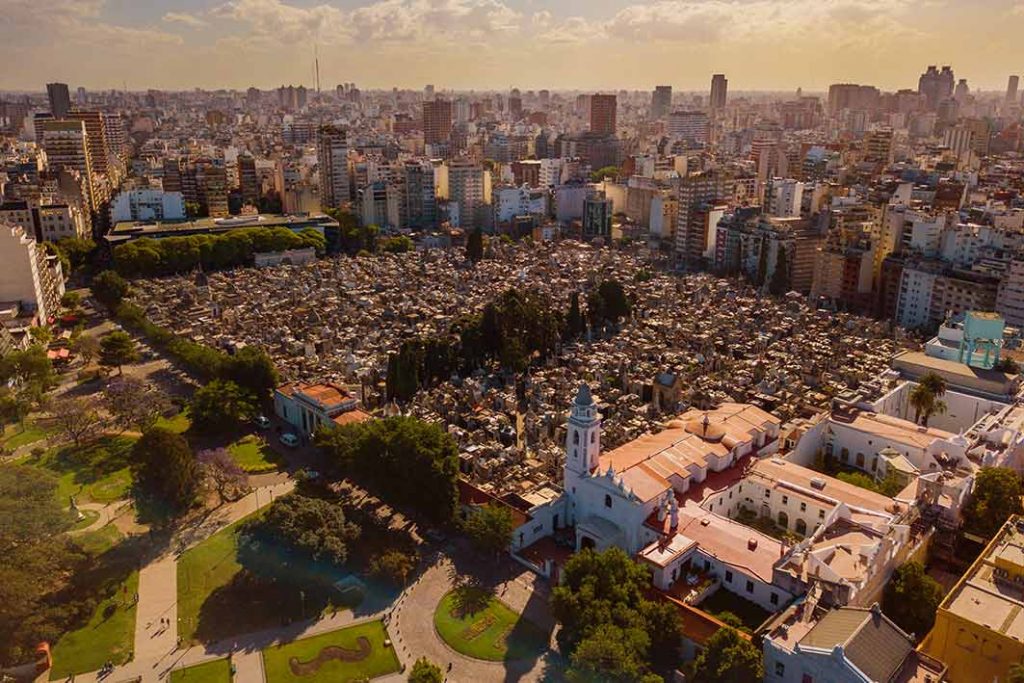 Recoleta is the most elegant neighborhood of Buenos Aires. Despite being located near the center of Buenos Aires, retains an atypical calm that make the walks there will be a lot of fun. It has a lot to offer to the visitor: there are different alternatives, for every taste.

Today we want to tell you 6 places that you can not miss in Recoleta.

This large bookstore was chosen by the British newspaper The Guardian as the second largest in the world in its field. Built on the former Grand Splendid theatre cinema, it retains its splendor and elegance, with its dome decorated with frescoes, original railings and intact decoration. On the old stage — with the velvet curtain half-open — there is a bar that invites you to sit, book in hand.

It has the largest collection of Argentine art and one of the most important universal art of Latin America. It was opened in 1896 in a renovated building at the time by architect Alejandro Bustillo to receive the permanent collection. Its current headquarters dates back to 1933. There we can find works by El Greco, Goya, Rodin, Rembrandt, Rubens, Renoir, Degas, Cézanne, Chagall and Picasso. Among the most Argentine painters important: Cándido López, Lino Enea Spilimbergo, Prilidiano Pueyrredón, Fernando Fader, Benito Quinquela Martin, Xul Solar, Antonio Berni, Carlos Alonso and Antonio Seguí.

The National Library has more than two million copies : manuscripts, books, documents, magazines, newspaper books, photographs, maps, engravings, audio-visual and sheet music. In addition, its newspaper library is the most important in Latin America. The most valuable pieces are housed in the Treasury Room, which brings together eleven thousand volumes, of which most belong to the sixteenth and seventeenth centuries, between which is found a folio of the Bible of Gütenberg, the first printed book, and twenty-one incunabula of the fifteenth century.

This green space was designed by the famous landscape designer Carlos Thays. The square owes its name to its central monument, called “France a la Argentina”, the work of the French sculptor Edmond Peynot and inaugurated in 1910. It was a gift from the French community to the country on the occasion of the Centenary of the May Revolution. The three allegorical figures in its middle part, made of Carrara marble, represent Science, Industry, Agriculture and the Arts.

It has 27 showrooms, a microcinema, an auditorium and an amphitheatre. This building originally housed the convent of the Recoletos monks, which gave its name to the neighborhood. The convent passed into the hands of the State in 1822, after the Reform of the ecclesiastical order. For several years, various uses were given to the building. Finally, in 1978 the Cultural Centrewas planned, and architects Jacques Bedel, Luis Benedit and Clorindo Testa carried out the necessary reforms respecting the original structure.

More than 90 of its vaults have been declared a National Historic Monument. It is the most visited in the city, due to its numerous imposing mausoleums and vaults, belonging to many of the main protagonists of Argentine history. It was built in 1822 as the first

5 things you need to know before climbing the Aconcagua

What the most “googlean” tourists in Mendoza