Buenos Aires's newest and most exclusive neighborhood is much more than skyscrapers and luxury hotels. We tell you everything you can do in Puerto Madero. 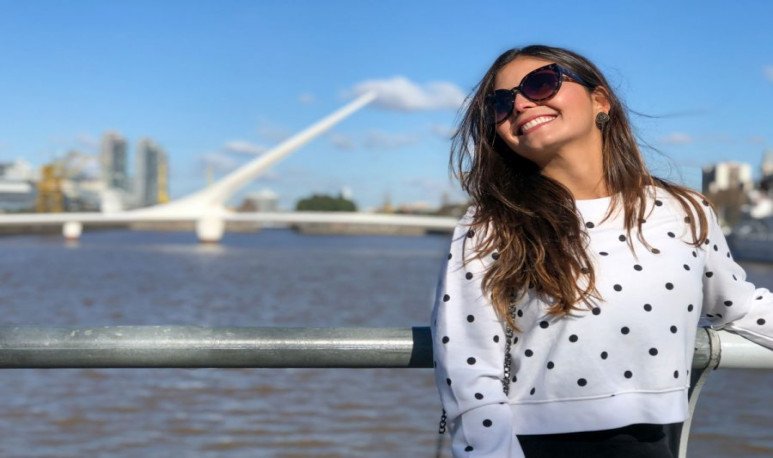 Puerto Madero  is a whole tribute to  women   : all its streets have names of great  women  of our history, unlike the rest of the city's neighborhoods. I couldn't miss, then, the  Woman's Bridge . It is an exclusively pedestrian bridge that allows you to cross to the eastern part of Puerto Madero. It was inaugurated in 2001 and designed by Santiago Calatrava, Spanish architect, civil engineer and sculptor.

It is a floating museum installed in an old ship built in 1898 by English shipyards under the Argentine government of   Domingo F. Sarmiento  . For many years, the Frigate Sarmiento was the school ship of the Argentine Navy and made 39 trips around the world. It was in operation until 1961 when it was declared a  National Historical Monument  after traveling a distance equivalent to 50 trips around the world.

Fountain of the Nereids

As it could not be otherwise, it is a work by the most revolutionary and liberal sculptor in our history:  Lola Mora . This work, made of white marble, crowns the entrance to the  Ecological Reserve  and is considered one of the most beautiful fountains in  Buenos Aires . The  Fountain of the Nereids  is a tribute to Argentine women who are represented by the goddess Venus.

With its 350 hectares, it is the largest green space in the  City of Buenos Aires . It is ideal for jogging, cycling or just sitting for a picnic. Along its many trails you can observe different species of birds, mammals, amphibians, reptiles and native vegetation.

The  Humor Museum  is the final point of the Paseo de la Comic, a tour of the most endearing characters that begins in  San Telmo . There you can learn about the history of Argentine graphic humor, from the beginning of the nineteenth century to our times.