On a religious sightseeing tour of the City of Buenos Aires we tell you about two temples with particular stories. 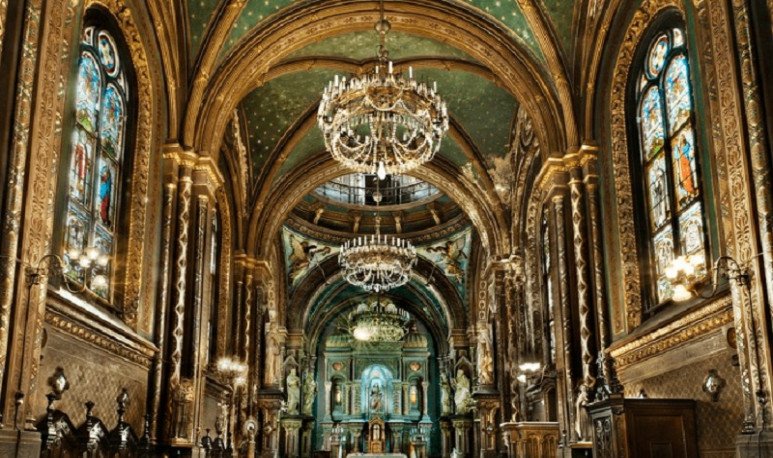 The  churches of Buenos Aires  keep stories that deserve to be told. Some related to politics, others to art, or purely religious. On this occasion we tell you two cases where love, reciprocated or not, was related to temples of the City. Of such relevance that both stories came to the big screen. The disappointment of unrequited love. The obsession of wanting to possess the loved one. The rampant attachment that leads to unexpected decisions. All or part of the whole is vivid in two these stories.

Camila, Ladislao and the Church of Socorro 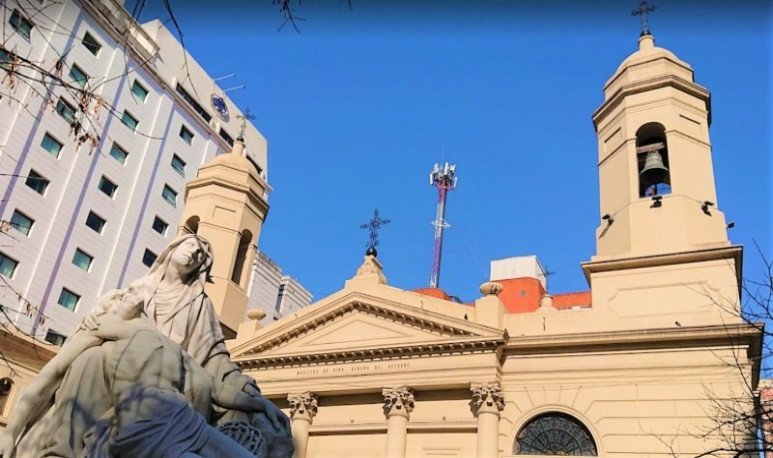 The Basilica of Our Lady of Socorro, in Suipacha and Juncal, is one of the churches the scene of this unfortunate love. In the middle of the nineteenth century, the area, away from the historic center, was a neighborhood of wooded fifths among which stood out the towers of this temple. Near there lived the O'Gorman Ximenez Pinto marriage with her six children, Maria Camila was the youngest of all. In his book Memoriosas Curiosas, the historian Juan Manuel Berutti describes it as:  “very beautiful face and body, very white, funny and skillful because she played the piano and sang embellishing those who heard it.”

Some say that his personality inherited it from his grandmother who had been a lover of Viceroy Liniers. Let us remember that at that time the woman was, for example, incapable of handling property and had to be guardized by a male. His place was home or a convent. And the age of majority reached it at 25 years.

The other protagonist of this story is Ladislao Gutierrez, parish priest of the temple. Edward O'Gorman, Camila's brother and fellow priestly of Ladislaus, presents them at a family reunion that takes place at the O'Gorman's house.

Love arose between them with the passage of time. Feeling that he falls in love with Camila, the priest acknowledges that he was wrong to take the vows as such. And if society did not allow his wife to make her before the world, he would make her his own before God. Both convinced that they should escape, they did so with the idea of arriving in Brazil. With the little money they had, they came to Parana, Entre Rios, where they managed to change their names. Later they traveled to Goya, Corrientes, as the last leg of their way to Rio de Janeiro. In that place and for a living they opened a private school for children, the first that existed in that small town.

In his book Four Priests and a Woman, Camila O'Gorman, Hector De Arriba transcribes letters from the time where he claims that three priests from Buenos Aires reveal Ladislao's identity in Corrientes. We know the rest of the story. They are prosecuted without the right to a defense, brought to Buenos Aires and shot them.

Felicitas and Enrique and a church in Barracas 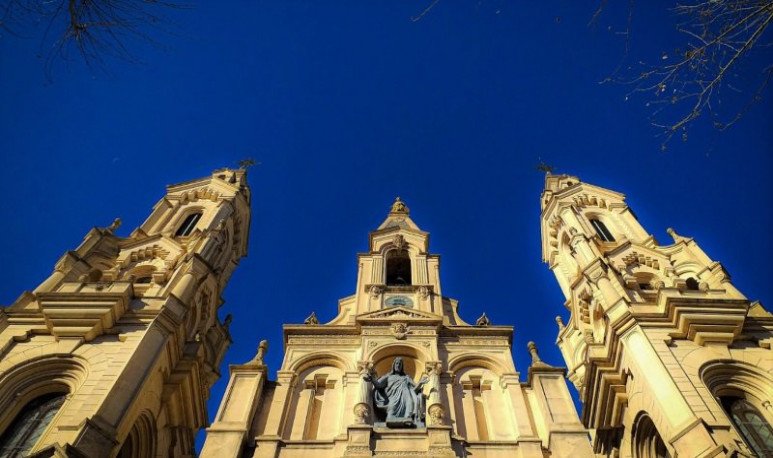 The  Church Santa Felicitas is built by the will of some parents who, in the face of the irreparable pain of the loss of a daughter, decide to perpetuate her in that temple. Felicitas Guerrero de Álzaga is the protagonist of the first femicide in the Argentine aristocracy. The beautiful Felicitas at the age of 26 after the death of her two sons became a widow and owner of a great fortune. It became, then, the focus of desire of dozens of suitors. The most stubborn was Enrique Ocampo Regueira. According to archives of the time, Felicitas fell in love with another young man, Samuel Pedro Sáenz Valiente Higuimbothom, while doing one of his work trips to his stay in the interior of Buenos Aires. That enraged Ocampo, who had already heard about the affair and, on one occasion, he showed up in front of Carlos Guerrero Reissig, the young woman's father and threatened to kill her if she did not marry him.

The threats were unheard. But on the afternoon of January 29, 1872, he arrived at the Guerrero mansion in Barracas. She received him while his cousin Cristian Demaria, also in love with him, stayed in the dining room along with the rest of the family. After a heated discussion, two shots were heard. Upon entering the room they found Felicitas lying on the floor and Enrique with a revolver in his hand.  “ Young Demaria took the gun out of his hand and threw two shots at Ocampo and there in the same piece he was dead,” wrote Carlota Saenz Valiente in a letter dated February 13 of that year. The newspapers of the time called femicide crime of passion. But they did not abound in details. The case was clogged up to avoid arrests. Also to defend the honorability of a high alcurnia family like the Guerrero.

Two temples you can visit if you do religious sightseeing in the City of Buenos Aires. Sacred places that in addition to these stories keep a particular beauty in itself imagery and each of its corners, but that will be the subject of another note.

The devil captured in a mural