Home Travel Chubut Why Chubut is land of sighting

The observation of animals in the wild in their natural habitat occurs in Chubut as in few places in the world. 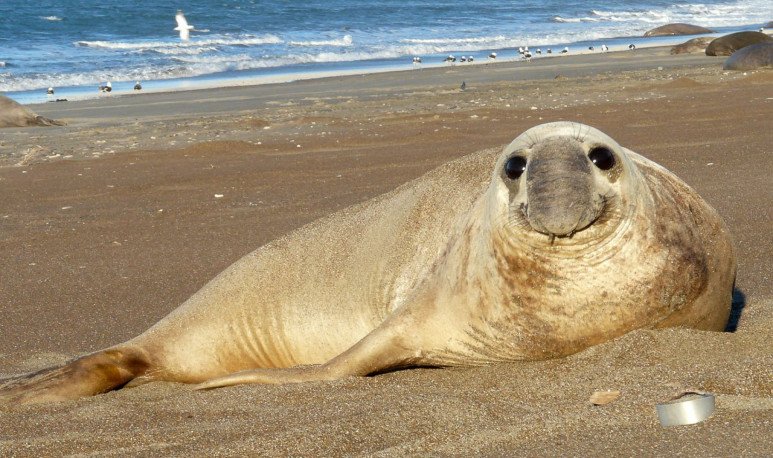 The province of Chubut offers a formidable number of options for active and nature tourism. Watching animals in the wild in their natural habitat (whales, killer whales, penguins, lions and elephants seals, among others) is as in few places in the world.

The southern whale returns every year to Chubut to spawn and care for its young under the protection of its calm and transparent waters. The more than a thousand whales that visit these coasts offer one of the most exciting shows in the world. The sighting of these gigantic creatures occurs in Chubut with deep respect for the ecosystem and is one of the most delicate interactions a human can have with a wild animal. Living the experience becomes something unique and unforgettable. In the  Valdes Peninsula , the town of Puerto Pirámides is the only destination where embarked sightings take place. Six companies offer daily departures from June to December. A regulated proximity technique is used during sightings to see these gigantic marine mammals without disturbing them.

• When: June to December.

In El Doradillo Natural Park, 16 kilometers north of Puerto Madryn and within the ejido of the Valdés peninsula, whales can be seen from June to October a few meters from the coast. This sighting is another spectacle not to be missed: on a deep beach transformed into a kindergarten of cetaceans, mothers with their young come and go to prepare them for life. They have fun, play and jump, causing sea foam explosions or look vertically in the spy position, as they can not help but be very curious.

• When: June to October.

Excursions are offered from Puerto Madryn where you can find the  dark dolphin , one of the most acrobatic species on the planet moving in small groups of 8 to 12 animals along with other nearby groups. Once seen, they follow the small boat with quick jumps, accompanied by several birds and occasional penguins and sea lions. A show that surpasses any aquarium in the world.

From Puerto Rawson, two companies take to observe the smallest dolphin in the world, a black and white mammal of a meter and a half long that moves in groups of 2 to 10 specimens. Fast and active swimmers, these dolphins can be spotted all year round by jumping a few meters from the boat and surfing the waves near the coast.

Four colonies of sea lions live in three natural reserves (ANP Punta Loma, ANP Peninsula Valdes, ANP Punta Marqués). Depending on the time of year and from different angles, the tourist can live unique moments of the species, male fights to dispute females, mating, births or the interaction between mothers and children until the puppies follow their own path. All this in the midst of the bustle of youth and the roar of adults.

Larger and more impressive than wolves and with harems that can have up to 130 females per male, you can see southern elephants seals in ANP Península Valdes, the only continental colony of the species. Males weigh 6 tons, females reach 900 kilos and form the original nucleus of the harem, which then monopolizes a male. Competition means a constant attitude of alert and struggle. That's why they have a tube that inflates to threaten or fight.

• When: September to April

Every year, the Valdés peninsula is the scene of one of the most spectacular predatory behaviors in the world's wildlife: the “intentional stranding” of whales to hunt for wolves or elephants seals, carrying their bodies out of water during high tide. It is a unique technique in the world, first observed in 1974 and developed by the killer whales of the Valdés peninsula, which has been passed on from generation to generation. Orcas are grouped into families under a matriarchy and young people receive a long education until they begin to practice it.

• When in Punta Norte: March and April. In Caleta Valdés: October and November.

In Chubut there are several colonies of Magellanic penguins: Punta Tombo (the largest continental settlement in the world), Cabo Dos Bahías and several parts of the Valdes Peninsula. independence of the offspring. A show that surprises and catches all ages. The season has two special moments that should be recommended: mid-November when the chicks are born; and the end of January, when the colonies are at their best thanks to the presence of chicks, younger penguins and adults.

• When: September to April

The marine fauna, an attraction to visit Caleta Olivia

Do you know what spotting is?