Home Travel Chubut Where to do bird watching in Esquel

A new paradise for bird watching art lovers in Esquel, where every year new species appear. 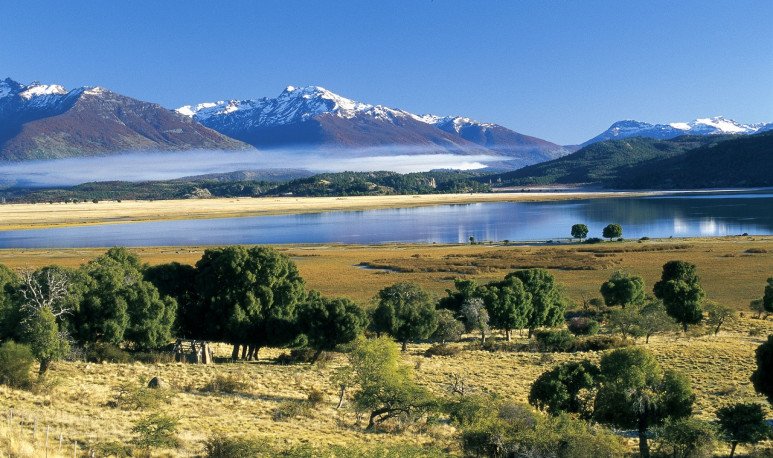 Birdwatchers from  Esquel , five years old to this part have been discovering species that are not typical of this transition zone between the ecosystems of steppe and Patagonian Andean forest. Blackhead ducks, picazo and cappuccino, tench calandrias and golden goldfinks arrive with spring in an extraordinary phenomenon, generated by the alterations that human life imposes on the planet's biodiversity. The practice of sustainable tourism detects these changes in nature and collaborates in continuing to protect tourist areas so that native flora and fauna can be established and developed in a wild and natural way.

For those who like to admire and record flora and fauna with their binoculars, photographic and video machines, the unusual appearance of these animals raises special attention. The ecotone environment in which Esquel is nestled lies in a midpoint between the intense green of the humid Patagonian Andean Forest, about 30 kilometers to the west, and the unfathomable horizon of the steppe, which stretches like arid plateau descending towards the Atlantic. Hills and water mirrors harmonize the coexistence between these opposing and close environments, providing the city and its surroundings with a unique biodiversity that is valued by ecotourism lovers.

Picazo duck, known as black duck in Chile and pink crest in Paraguay, usually arrived in the Chubutense steppe from northern Argentina and southern Bolivia and Brazil, but in the last time it has been seen to reach the aquatic environments of Esquel. The male of this species attracts attention by the intense red of his eyes and beak, and his black body to the front and head, turning in grayish tones towards the tail.

Also for a few years ago, the cappuccino duck has been seen in the vicinity of Esquel, common in the Andean highlands and northeastern Argentina, recognizable by its slightly browned black and white flanks, its curious celestial beak and the black strip that covers its eyes. From there precisely it becomes its name, since its appearance reminds the Capuchin monks, with their clothes that cover their heads.

The black head duck did not pass from Rio Negro to the south and now we find it here, a small species of gray bill, whose head is black in males and opaque brown in females. The problem is the negative impact on the ecotone environment, as it is a bird that lays its eggs in the nests of other birds (other ducks, herons, flamingos), who end up taking care of their young.

The golden goldfinch and tench calandrias are also observed as migratory birds that have reached the ecotone of Esquel in recent times. These animals were exclusive to Chile, but they have crossed the Cordillera and are being distributed on the eastern edge of the Andes.

It is estimated that those birds that used to migrate to the steppe are suffering the drought of many lagoons; which would push them into places with water closer to the Cordillera. This is because the way ducks eat is by filtration. They have their beak sawn and stir the bottom of the lagoons and eat microorganisms filtering into the beak. That is why they need low lagoons, and it is the reason for arrival in this area between the last days of winter and January and February, since then the lagoons dry and fill again in the winter.

In which Esquel is located, there are recent records of the passage of southern oysters and playeritos, two species of sea. The southern oyster is usually inhabited on the coast of Patagonia, both in Chile and Argentina: on this side of the Cordillera, in the mainland of Puerto Madryn and Rawson, and also in the Falkland Islands; and on the other side of the Andes, in Chiloé. The playeritos, meanwhile, are common in the summer of the Atlantic Coast of Rio Negro, before embarking on their long journeys towards the Arctic Glacier Sea.

These alterations in biodiversity are the result of transformations generated by humans such as pesticide fumigations and lead in hunting, pollutant emissions and single-use plastic are some of the actions that have progressively modified the habitat of these species that must migrate towards areas not previously traveled.

Get to know our Esquel tourist package click here