Home Travel Chubut What are the protected areas of Chubut

With landscapes of extraordinary beauty, the Natural Protected Areas are Chubut's greatest spell and the deposit of invaluable resources. 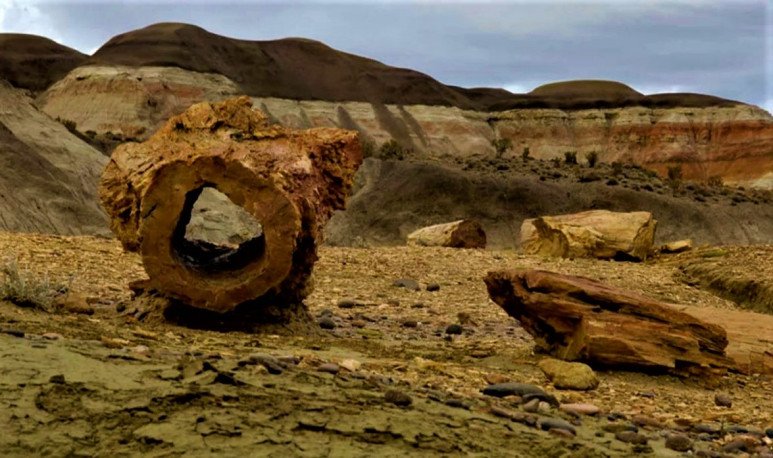 In Chubut Protected Areas, biodiversity invites tourists to live unique experiences in contact with nature and its manifestations. Its marine life includes the southern frank whale, sea lions, southern elephants, Magellan penguins, dolphins, orcas and countless birds. As in few places in the world, throughout its geography, it is common to meet wild animals, such as guanacos, shocks, maras, pigeons, foxes or European hares. The  Provincial System of Protected Natural Areas ( ANP) consists of 16 areas that have been created over time due to the need to preserve biodiversity and natural attractions. Six of these areas are reserves with conservation objectives, while the other 10 are open to tourism. These are: 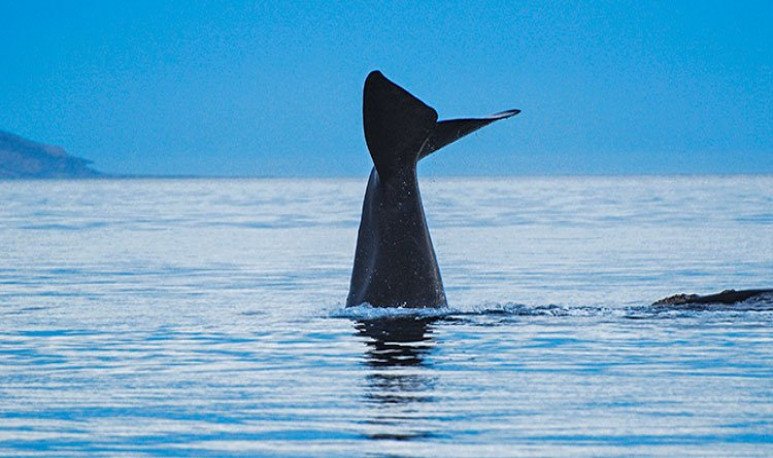 Located northwest of Chubut on the  Atlantic Ocean , the Valdés Peninsula is a 4000 km² accident that goes into the sea, joined by the isthmus Carlos Ameghino, which is only 11 kilometers wide on average. Declared a natural heritage of humanity by UNESCO in 1999, it had been created as a protected natural area in 1983. It is an area of extraordinary beauty and biodiversity. Most of the area is privately owned and the public entrance is limited to the town of Puerto Pirámides (the only population in the area) and to the six operating units of the ANP: Istmo Carlos Ameghino Reception Center, Isla de los Pájaros, Punta Norte, Caleta Valdés, Punta Delgada and Punta Pirámides. With the southern franca whale present from June to December, the Valdes Peninsula also boasts an amazing diversity of wildlife that can be seen from the viewpoints and trails, such as sea lions of a hair, southern elephants seals, magellan penguins, maras, european hares, guanacos and hampplinas and an immense diversity of birds. From March to April in Punta Norte is the season of whales, when these mammals attack sea lions on the coast, intentionally wandering their bodies out of the water. 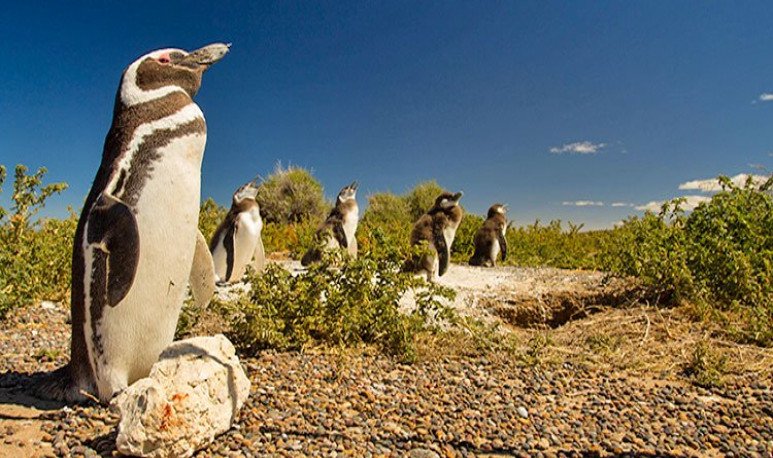 The  ANP Punta Tombo  was established as a nature reserve in 1972 and is 110 kilometres from Trelew. It is the largest continental penguin colony in South America. Magellan penguin is a species that year after year returns to the same nesting site. It is distributed in more than 60 colonies throughout  Patagonia Argentina : Punta Tombo is the largest. The penguin season runs from September to early April. Punta Tombo receives the first male specimens in early September when they get to prepare their nests and wait for the females for the reproductive stage. The site has a large interpretation center that enriches the visit along the trails, where it is possible to walk between penguins and their nests, observe them and have them very close in a protective environment.

It was established in 1966 and is the oldest animal reserve in Chubut. There are a number of hair sea lions that you can use to follow the life process of these mammals all year round from an imposing cliff in the  New Gulf . There are also breeding colonies of black-necked cormorants, South American terns and cook gulls that can be seen on the various interpretive trails.

Rocas Coloradas is an intact terracotta paradise. It is characterized by its extreme natural beauty and archaeological value. It combines plateaus and flattened terraces, arid desert and immensity of the sea. It brings together a great diversity of vegetation and coastal fauna, a petrified forest with remains of needles trunks over 60 million years old and remains of Paleocene palm trees and a colony of sea lions.There is also the Moon Valley, Meteor Mountain and valuable anthropological and cultural resources. Its thick reddish textures, along with the greenish blue of the sea, form an extraordinary color palette.The fossils of Rocas Coloradas come from the species of flora and fauna that lived in the area 60 million years ago, as well as from the remains of fossilized trunks of great importance. They are part of the national heritage and show life in the past. No two fossils are equal, each one is unique and contains invaluable information.

The nature reserve protects a dense forest of coihues, ñires and lengas. The lake is 1000 meters above sea level. at the foot of  Cerro Cónico , which marks the natural border between Chile and Argentina. It is a place of great tranquility, perfect to get in touch with nature, and can be reached with a 4x4 excursion or a hike of at least 7 hours. This lagoon is also part of the Andean Footprint, a continuous trail that crosses hundreds of kilometers of mountain range.

• How to get there: In 4x4 with authorization of fangguards of the reserve, following a detour on the RN259.

Nestled in the  Patagonian Andean Forest  at 540 meters above sea level. It includes seven waterfalls of the Nant and Fall streams framed in a multicolored frame and formed by species such as cypress, coihues, radals, lauros and maitenes. Waterfalls run in just 400 meters on the abrupt stretches of land. The route has a length of almost two kilometers and guides the visitor to several viewpoints to see the waterfalls.

The ANP  Piedra Parada  was founded in 2006 and is the center of the caldera of a volcano of 25 kilometers in diameter where a rock of 100 meters of base and 240 high will be built next to the  Chubut River  . With unique scenarios, it showcases monumental canyons, caves, cave paintings and a palette of yellow, green, gray, red and pink minerals. Ideal for climbing, trekking and mountain biking, at the entrance of the area there is a three-kilometer trail. It flows into the Quebrada de la Buitrera, a rocky corridor over 100 meters high protecting from the winds. It has mapuche-tehuelche cave paintings in caves and is home to native endemic species such as chinchillón.

Huge stone cliffs surround the RN 25, with the Chubut River bordering the other side of the route. Created in 2015,  Los Altares  has an area of 150 thousand hectares that include 100 kilometers in length and 16 in width on the RN 25. Of enormous geological richness, there are also cave paintings of Tehuelche in the area. The municipality of Los Altares is located within the ANP. Hiking is the ideal activity.

The ANP Cabo Dos Bahías is home to a colony of 20,000 Magellan penguins from September to April and is also home to Chubut's only two-hairy sea lion colony. In a majestic geographical setting, you can observe cormorants, ducks, shocks, gray foxes and lots of guanacos. Cabo Dos Bahías is the gateway to the  Marino-Coastal Park Interjurisdictional Patagonia Austral , which was founded in 2007 and was the first to have a coastal area that includes the surface of the sea. It is part of the  Patagonia Azul Biosphere Reserve , which was recognized by Unesco in 2015.

A plateau of 15 km² penetrates the sea and from a cliff allows you to observe a colony of sea lions throughout the year. From 150 meters high, from May to November, you can also see southern frank whales reaching the Valdés peninsula; and in summer humpback whales, as well as dolphins and toninas. It has signposted trails and an interpretation center.

• How to get there: 5 km from Rada Tilly and 17 km from Comodoro Rivadavia.

Created in 1970 to protect one of the largest accumulations of petrified wood in Patagonia, it has a spectacular landscape with a wide variety of colors, sandy clay, volcanic ash, boulders and basaltic stones. Its 65-million-year-old petrified trunks were part of the ancient forest covering the current steppes. It has an interpretation centre that includes paleontological and archaeological remains of the region.

• How to get there: 28 km from Sarmiento and 156 km from Comodoro Rivadavia.

Source: Ministry of Tourism and Protected Areas of Chubut

The marine fauna, an attraction to visit Caleta Olivia

Do you know what spotting is?

Helvecia, in the heart of Santa Fe