The nearest lagoon to Esquel that you have to know

The Laguna La Zeta Urban Nature Reserve is the product of the love of the residents of Esquel with the support of the municipality. You have to meet her on your next vacation in Patagonia. 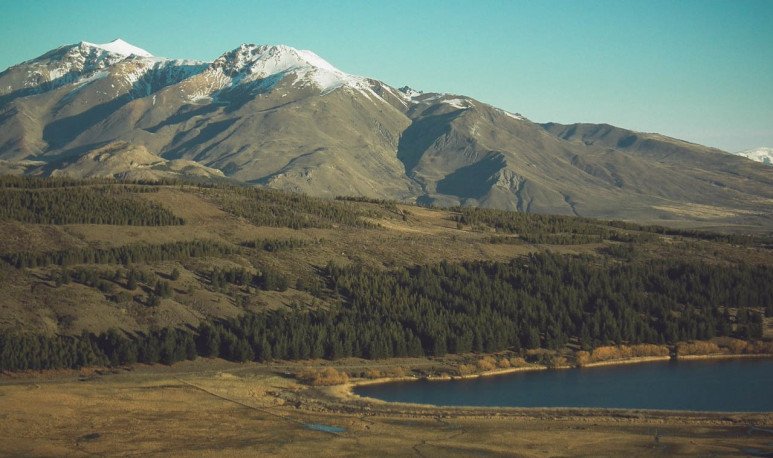 The Laguna La Zeta Urban Nature Reserve (RNULLZ) was born, according to reports from the municipality of Esquel to preserve the environmental conditions of the place. Also to sow sustainable growth of all tourism, recreational, educational, sports and forestry activities in the region.

Laguna La Zeta is located just four kilometres from General San Martin square in the city of  Esquel . The RNULLZ is created by Ordinance N 23/13 which, in its recitals, states:  “The area of La Zeta Lagoon is a public property area, valued and used by the Esquel community in a sustainable way, and integrated into the basin of which it is part. There are harmonious recreational, economic, educational and ecological restoration activities, while preserving environmental conditions and the quality of the landscape.”

The Laguna La Zeta Urban Nature Reserve has an area of about 700 hectares. It is in what is called “ecotone” that is, a place of transition between what is the Patagonian Andean forest and the Patagonian steppe. And this amalgam is its greatest richness because it is characterized by elements of the two ecoregions. Being there you can enjoy the steppe with herbaceous and shrub flora as well as the remnants of another ecosystem in a state of regression such as the cypress trees of the mountain range and the Maitén which in Mapuche language is  “maghtun”  meaning “lunch of seeds”.

The name of the reserve is a 60-hectare water mirror located in the central valley. La Zeta Lagoon has glacier origin and retains its level thanks to the rains and streams, coming from the hills, which discharge its waters into it. On the other hand, and underground, it drain through the Seco Creek into the Pacific Ocean.

From the middle of the last century until the 1970s a pine afforestation was carried out. They have a special link with the community since all sectors of the community were involved in planting them. This forest helps us to feel a particular sensation in our body when visiting the reserve. The purity of the air, the song of birds, the aroma that emanates from all sides complements a true sensory experience.

What to see in Laguna Zeta

The transition we were talking about gives the reserve a wealth of fauna rarely seen in the immediate vicinity of a tourist center such as the city of Skel. In the ecotone, that is, the transition between the forest and the steppe. More than 150 animal spices have been identified in the Reserve. An ideal spot for watching the 110 species of birds surveyed. Next to them live mammals, reptiles, amphibians. The 36 fish species, which feed on invertebrates and zooplankton, give the lagoon an unusual richness

On the other hand, the flora has clearly defined environments: the lagoon and tora the area of reeds that surrounds it. A sector with that beautiful, intense green doormat, the mallín, which is only developed in Patagonia. Another environment is the steppe with its shrub areas that intermingle with the native trees (cypress, maiten and ñire relicts) as well as the exotic ones discussed above.

A fact to keep in mind, if you go in winter the water mirror may be frozen another experience that is not seen anywhere. In summer, the place has a parador, where you can eat, have hot water, fresh drinks and craft beer. Also a lifeguard service for those who want to cool off. The Laguna La Zeta Urban Nature Reserve is an environment that the city of Esquel chose to enjoy, protect and share with the visitor, all at the same time.