Home Travel Chubut The house with Comodoro at your feet

Built by a Czechoslovak immigrant in the 1930s, a house of Comodoro Rivadavia has the city at its feet. 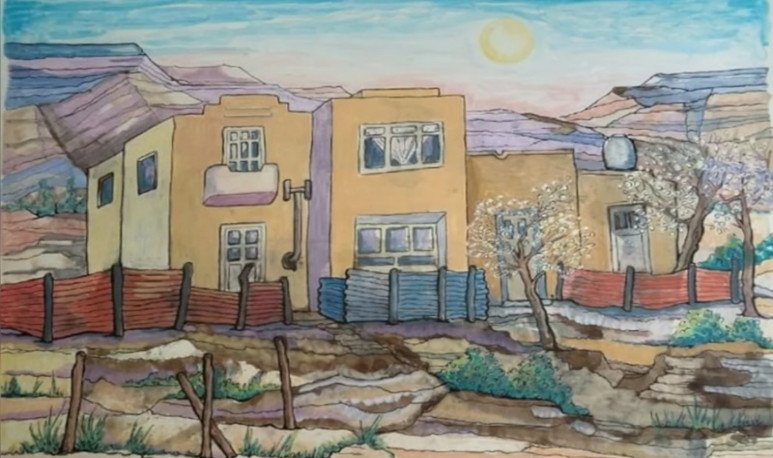 A house practically on  Cerro Chenque  that starts Huergo street   Comodoro Rivadavia  , in the province of  Chubut  . It is a construction dating from the 1930s and from it there are stories of whole families. Anyone who has passed through St. Martin and -more than anything - Mitre has stopped and looked up to contemplate  the house built by Czechoslovakian Wenceslas Dustir .

The two-storey house is an emblem and is the beginning of Huergo Street, which extends much of the central town of  Comodoro Rivadavia   .   Close to distance, although it may be that not so much in connectivity, has the Municipality and the Mirador del Cerro Chenque. “He wanted to have Comodoro at his feet,” says Horacio, one of his grandchildren, about why he built there. This house had at least three owners and several tenants, some have also commented on its story.

Wenceslas came after the Russian Revolution in the 1920s: with him came his wife and three daughters from another marriage; then a daughter born here, the first Argentinean, was added. One of them said to him “Sergeant mala cara”, because “he was an eccentric, a character; he was chinchudo, very strong in character,” says Horacio.

Wenceslas was an industrial technician. The foundations of this house were built himself, with the help of his daughters: “He made the house, some pieces and rented. Then he made his chicken coop and had his own fifth.” He did everything, up to the wooden staircase so famous that, unfortunately, today is only a souvenir.

After several stories and traditions in that family home, from croissants and pampering the youngest, Wenceslas died of pneumonia in the 1960s. For a while, his wife lived in that house, but then moved to Horacio's house: it was very difficult for him to walk to where the house was. Finally, the family sold the house.

But the story continues as there lived the family of former councilor and former secretary of culture of the city, Viviana Almirón. Although she doesn't remember, since they moved in when she was one year old, she comments that her uncles currently live on the ground floor, so she still remains part of her family everyday life.

An anecdote about the former head of culture is that once a Frenchman visited her with a photo album to expose about  Patagonia : the first image was that house on Cerro:” It was like a blow to the heart, a violent emotion, a tremendous emotion,” recalls Almirón.

In addition, one of his nieces asked the comodorense visual artist Dolores Morón to paint a painting to represent how important that home is for the family.

Today other people are owned: Carlos Roda, a  Cordovan ; and an older Chilean woman. Both have settled in the town years ago and never left the city of the wind again.

Carlos emphasizes that “it is one of the oldest houses in Comodoro Rivadavia. It's very firm, we have to make some arrangements, but the structure is intact. He endured the movement when the hill ran to the sea, the rain of a few years ago, but nothing happened here”, in memory of great events that have marked the town.

Although the house is historic, it is not yet part of the historic heritage of the   oil city  , but in a few years it can vary as it will meet the century of life. A Czechoslovak wanted to have Comodoro Rivadavia on his feet and during his life, he did. Now, the town sees with great honor and enjoyment, that construction as an indissociable part of every  comodorense .