The lighthouses and Patagonia are united in a particular way. We tell you about this geographic accident and its lighthouse. 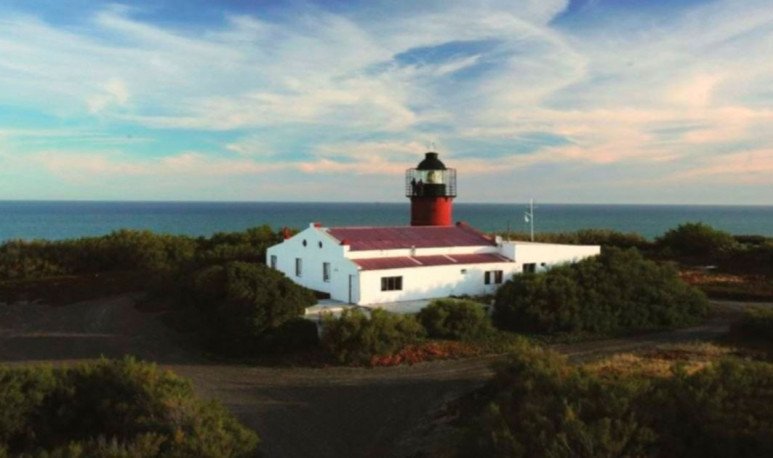 The coasts of Patagonia are known for its wide and beautiful beaches, where the horizon is lost in the far distance from the blue waters of the Argentine Sea, however, they are also known for their historic and mythical lighthouses, which over the years have been a reference point for boaters in the waters of the oco...eacute; South Atlantic year. Along the Patagonian coast, you can find many of them, some older than others, but all with a past and a story to be told.

This is the case of the lighthouse of Punta Delgada, a tourist establishment located in the north of the province of Chubut, 70 kilometers from the town of Puerto Pirámides. Punta Delgada is located in the department of Biedma, on the Gulf Nuevo within the Valdes Peninsula, and control of the area, covering about 500 hectares, was administered by the national navy, until recently in 2019, the province of Chubut regained its control again.

It was precisely the Argentine Navy that was in charge of building the historic lighthouse of Punta Delgada, which began to be built in September 1904 and was put into service in 1905. At the time, the construction of this was part of the General Lighting Plan organized by the navy to meet the needs of navigation and to encourage the growth of the National Merchant Marine.

The lighthouse was home to the Correo Argentino, at that time any navigator could receive and send letters in this border of Patagonia. Within the lighthouse, future lighthouse workers were also instructed to move to the coast of the Argentine Sea. Times have changed and also the fate of the lighthouse. Nowadays it is in the process of modernization, as the province is working on an electronic system, similar to those used in airports, although in this case adapted to maritime navigation, so boats can have an electronic signal that He will indicate the position of the lighthouse on his radar.

Punta Delgada is part of a landscape that impacts by its authentic nature, where practically the show has not been modified by man. The peninsula is full of surprising and unique postcards in our country. Peninsula Valdes was declared a World Heritage Site by UNESCO in 1999, it has an area of 360 thousand hectares, where different faunistic reserves of incalculable value are located. ecological, as well as its rich diverse and rich biodiversity is highlighted.

Punta Delgada is also known as  the kingdom of the elephant sea , because on its shores is one of the most important stockboards in the region as elephants seals.Males arrive in the region in August to be located along the entire coast of Peninsula de Valdes, from Punta Norte to Punta Delgada.

The lighthouses of Patagonia have a magical unique, either for their stories, as well as the natural setting in which they are located. They witness the beauty of the Patagonian coast, as well as its storms, when the sea is raging. The Punta Delgada lighthouse is no exception. Either way it will still be there present, illuminated with its light to travelers who navigate the waters of southern Argentina.

Departing from Puerto Madryn to the north on the RN 1, and after 17 kilometers, you reach the RP 2, access to the Peninsula Valdes. After entering the Reserve, continue towards Puerto Pirámides 70 kilometers further until you reach the hotel Faro Punta Delgada.