Home Travel Chubut Petrified forest: what the wind left us

They always say the wind takes everything, but this wouldn't be the case. Did you know that the Patagonian plateau has the largest petrified forest in the world? 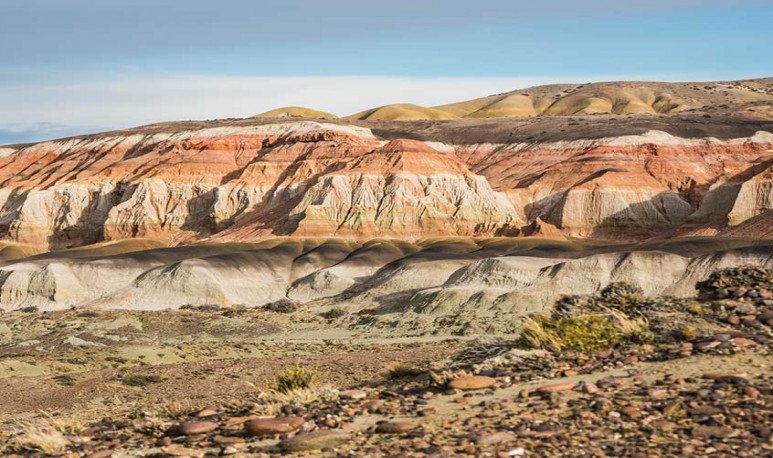 30 kilometers from the city of  Sarmiento , in the province of Chubut, is  the largest petrified forest in the world . Yeah, just like you read! The largest with its  300 square kilometers  and an attractively mysterious physiognomy. There, the Patagonian wind so good makes itself felt. However, tourists from the world come to know the remains of what was once a forest of araucans.

Its trees were green 65 million years ago,  and today they are part of the most important geological reserve in the world.  Dubbed  José Ormachea  , in honor of his discoverer, this park is a witness of prehistoric times. The beauty of different petrified sites and the silence of their surroundings transport visitors to a time of dinosaurs and hominids.

Trunks, branches, leaves, chips and petrified seeds  are some of the remains that can be found in this natural monument. Declared as a  protected natural area since 1927,  this petrified forest is one of the most important  tourist attractions  in southern Chubut.

What you need to know

To reach the petrified forest from  Comodoro Rivadavia , take Provincial Route 20. Known for its desert landscape and gravel treads. So, passing Lake Musters, and bordering the Senguer River, tourists manage to reach the Park.

The tourist circuit has an  extension of two kilometers  that can be traveled in a couple of hours. The trails are marked with fossil remains and signs that guides insist on respecting.

During the tour, it is possible to appreciate not only the wonderful petrified trunks but also exotic formations such as the  Lunar Valley  and the  Cerros Colorados  . Also, the fauna that accompanies the natural environment. Small herds of  guanacos, gray foxes , as well as  Patagonian pinches and  petisos choiques , are possible to appreciate on this visit.

If the Patagonian climate does not accompany, tourists can visit the  interpretation center  located at the entrance of the reserve. There, there are paleontological and archaeological remains of the region.