Located in the heart of the Lower Valley of the Chubut River, Dolavon is a village that has plenty to offer. 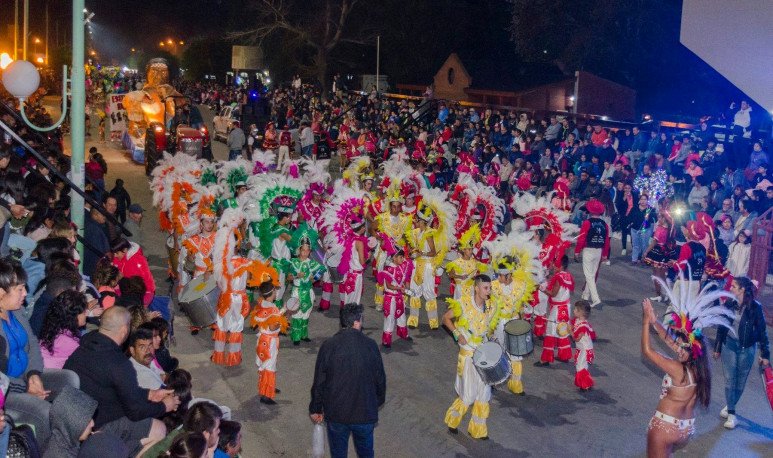 Dolavon  is a small but vital village located in the Lower Valley of the  Chubut River  , distant about 35 kilometers from Oh , Trelew .

The town was founded on 21 April 1919 and its name has origins in  Welsh colonization  and means “meadow by the river”.

Crossed by one of the  irrigation channels  that accompany the trajectory of the Chubut River, which is also close to the village, the town of las Norias (as it is known) grew to the pace of livestock activity, but over the years it became a meeting point for the residents of the region for its wide range that attracts more and more people.

The Dolavon  carnival    became, due to its turnaround and continuity, the most important in the region and, despite having changed its format in the last time, continues being one of the most recognized popular celebrations in the   Chubutense   village that mobilizes en masse towards the picturesque village to enjoy the traditional Corsics.

Formerly they were held between the end of January and the first Saturday in March, and on the last night they were awarded the best comparsa, the best dress, the best costume, the best carriage and the queen of the carnival.

Every Saturday there was a dance after the parade and on the last night, there was the burning of King Momo, who every date parade through the Corsican opening the festival and advancing through the main arteries of Dolavon.

Currently, the Dolavense carnival takes place, in precisely, the carnival weekend, but despite its development for fewer days it does not lose brightness, color, essence, or joy and also added live shows, brewery yards and craftsmen that expand the proposal. Traditions are traditions and the burning of King Momo with the subsequent fireworks show continue to close the popular celebration making dolavenses and tourists want to be present from the beginning to the end of the carnival.

While Dolavon during the year remained a village to visit, for its tranquility and for its invitation to tour the rural area - through which you can go along a gravel route to the neighboring town of  Gaiman , or uniting by asphalt the village of the Norias with 28 July -, after years of thinking another popular festival, the development of  Chorilavon materialized.

It is not a whim that Dolavon has promoted the  Chorizo Festival , which ended up being baptized as we mentioned a few lines above: in the village there are the most common sausages wanted from the region. There are six producers of that sausage that have developed different tastes.

It is estimated that, in the first edition, held in 2018, there were about 30,000 people who exceeded the organization's expectations. Both on that occasion, and in the second installment made in 2019, the producers worked without ceasing and there were free tastings and novelties such as the “choripizzas”.

After the success of Chorilavon, in addition to promoting a new edition of that popular festival, Dolavon also launched a new event: the Keipon Fest. And what is that? We already talked on some other occasion that “ keipon ” is called as a joke about capon meat, the castrated male lamb that is first worked for wool. Generally it produces between 8 and 9 kilos, two more than the sheep. It is a meat with more fat and therefore cheaper on the market.

The mass of the term “keipon” instead of capon, gave rise to this new popular festival in Dolavan, which made its debut in May 2019 and, although there was a great turnout, it is estimated that the attendees were 40 percent compared to those who went to Chorilavon.

In the property stands were set up to offer capon in different variants. Empanadas, for example, were quite a success and while people ate, they could enjoy the regional and national shows that reached the town of las Norias.

With a population that, according to the latest census, is just over three thousand inhabitants, although it is estimated that in recent years the neighbors may have doubled, Dolavon puts rhythm and flavor to the Lower Valley of the Chubut River.

Neuquén and its optimal points to see the eclipse

Where to go on vacation in Cordoba