Every fishing lover must face Carrenleufu to live a unique experience. 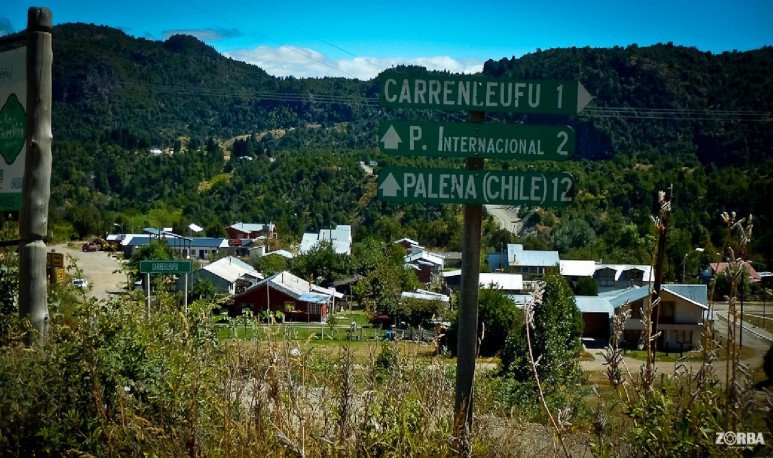 Nestled in the  Ande s mountain range , west of the province of  Chubut ,  Carrenleufu is a small but picturesque village that attracts thousands of tourists year after year, especially those who love  fishing .

Its name in  Mapuche  means “Rio de Aguas Verdes”, and it is located just 12 kilometers from the border with Chile.

The imposing landscape is nourished by the rocks, the green of the grass, the  Patagonian flora, the  lengas   and cypresses and the crystal clear waters of the channels near the town.

One of the main attractions is the river that gives its name to the village that allows, in addition to sport fishing, the practice of  rafting . On the walkway located three kilometers from Carrenleufu, it can be confirmed that the place invites you to unforgettable walks.

The Encuentro river , which is the channel that marks the border between Argentina and Chile, is ideal for fishing and to spend different days with the family since the water level does not pose a risk to enjoy a good dip because, beyond popular belief, in the mountain range, it is also hot and it is necessary to get into the river.

The waterfall of the Encuentro River  is also one of the imposing places one should visit if you go to Carrenleufú: its landscape dazzles any visitor.It is located between two stone wallings that further highlight the waterfall.

The other jump to marvel at the landscape is that of the  Cajón stream , located a few kilometers on the way to Corcovado where the tranquility of the place invites us to total relaxation.

The practice of sport fishing is so important in Carrenleufu that it led to the  Provincial Festival of Pacific  Salmon   held there since 2007.

The place is special for fishing, in addition to the honored fish, trout strut, which in recent years was observed its emigration from the sea and brown   trout   and rainbow.

In recent editions, more than 10,000 people have gathered  with great expectation to the Cordillerano town, which, according to the numbers of the 2010 census, has only 317 inhabitants - although locals estimate that they are currently more than 400 -, so the number of people increases exponentially during the summer.

The first weekend of January is the date marked on which for three days it is all festival in Carrenleufu.

In addition to fishing tournaments, there are also mountain biking competitions, dressage calves and foals, camperas competitions and can not miss the big popular dance with the performance of local and regional artists and the closing with the election of the queen.

Although Carrenleufú was declared an autonomous commune in January 1985, the origins of this place date back to the early years of the 20th century, when a group of people found this paradisiacal place that eventually became populated with families.

The first few years in the village were not easy, as the absence of medical assistance at that time forced the locals to have to move to Trevelin, or even cross the border and go to Palena, in Chile, which is closer.

It was in the 1940s that the National Gendarmerie was stationed on the place and the gendarmes were responsible for building the building to serve the public and began in 1947 to school the few children there and in 1950 the first school was built.

After years when the villagers fights for independence from the town of Corcovado, finally on  January 25, 1985, the rural commune of Carrenleufú was declared to be created , a small place, with a great deal that falls in love with thousands of people every year.