In Esquel you can try a special black beer, it is with raspberries and, in addition, it transmits unique aromas and flavors 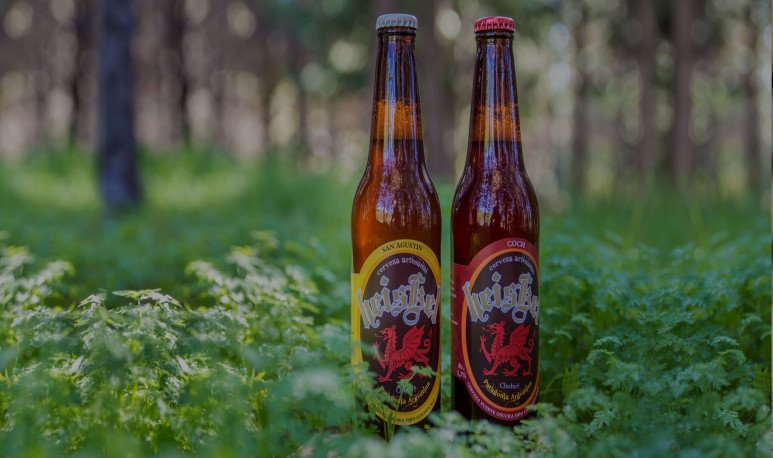 Craft beer production is one of the favorite gastronomic gems for those arriving by Esquel. Entrepreneurs focused on the subject combine technological innovation with the natural diversity offered by the region to conclude in praised proposals. A few meters from Esquel's Ameghino Avenue,  Heiskel  manufactures, among other varieties, its celebrated black beer with raspberry. It is a  Brown Ale , an intermediate variety between  Stout and  Porter , to which fruit is incorporated, both in the maceration and in the boiled; achieving a low alcohol content drink with singular acidity, flavor and aroma.

This recipe includes fruits from fields located between El Hoyo and El Bolsón, on the border of the provinces of Río Negro and Chubut. This microclimate is very good, both for planting hops and for raspberries and all fine fruit. In that area, sheltered by the Andes Mountain Range, there is very little wind, enough heat and some humidity that determine quality crops.

Heiskel  brews black beer with raspberries twice a year, conditioned by the seasonality of the fruit. During the summer it is done together with the harvest. Meanwhile, in winter they make it with the frozen fruit that they left particularly conditioned.

The first step of processing is the separation of the skin and the seed from the pulp. This is done both so that the pulp does not concentrate on the bottom, and so that the seeds do not cover the gutter or connectors. Also, all three parts are considered in the manufacturing process, resulting in a drink that moves the senses. The basis is a  Brown Ale , but in maceration, when water is mixed with grains, seeds and skins are incorporated, which are usually discarded, is what makes the preparation take that unique flavor. At the stage of boiling, when mixed with hops, about 20 kilos of fruit pulp are added and on the last day of fermentation or the first day of ripening, 20 kilos more are added.

From  Heiskel , they recommend this variety to accompany with chocolates and smoked. They assert that it has just five degrees of alcohol and that it takes its acidity, aroma and taste directly from raspberry, so it is very chosen by the most sensitive and refined palates.