Home Travel Chubut A gem a few kilometers from Esquel

Alto Río Percy is a real pearl of rural tourism in the province of Chubut. We tell you everything for you to visit on your next trip to Esquel. 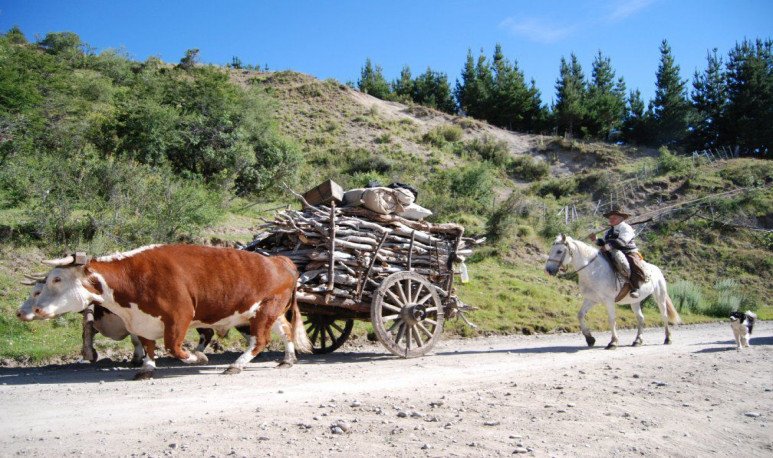 Known as  the city of carts  for a tradition that remains intangible heritage for almost a century and a half, Alto Río Percy is a picturesque rural tourist attraction, located just 12 kilometers from Esquel, to the west, passing through the  Le Zeta Lagoon . A mountain range surrounds this silent plain, in which the buzz of the river flowing between the stones harmonizes with the triune of birds and the wind that moves the tops of trees.

The watercourse crosses the 16 de Octubre Valley and is a tributary of the Corintos and Futaleufú rivers. It is winding throughout its journey, its name derives from a Welsh settler, Percy Wharton.

The tradition of carts dates back to the last decade of the nineteenth century, when the local inhabitants found in the extraction of wood from the forest, the main economic sustenance. They sold it to Esquel, using heavy wooden carts drawn by oxen. That's where the name of carreros came out.

An annual feast, in January, puts at the center of this tradition that, as a living heritage, thrills the visitor, delighted by the walking of these peasants who become one with their surroundings, in postcards that seem to have stopped in time. The slopes of the mountain are imbued with a singular halo in the amalgam that completes the regional production offer, which became famous by tourists arriving in Esquel and choose this must-see ride.

A watercolor of attractions

The city has many local businesses that open their doors to share stories about the country and offer regional products such as farm eggs, strawberries, cherries and various fruit sweets. It is common to find some traditional recipes such as homemade naco, of Mapuche origin, which consists of flour made with the earth and toasted cereals, usually wheat or corn.

With the help of warehouses operating at different times to provide the most important supplies, through careful vehicle resources and rugged walking trails, the visitor will find an inadmissible encounter on the banks of the crystalline and rocky river. Safe stoves break to burn lunches and friends in an enveloping natural environment.

Among the most popular attractions are the ecological reserve “Huemules” and Alto Río Percy is also an entrance on the road to Monte Bianco, Cerro La Torta and Mina Huemules.