Home Travel Chubut 6 museums you have to visit in Chubut

This province of Argentinian Patagonia, in addition to the natural and cultural charms it has, dazzles by the quality of these 6 museums. 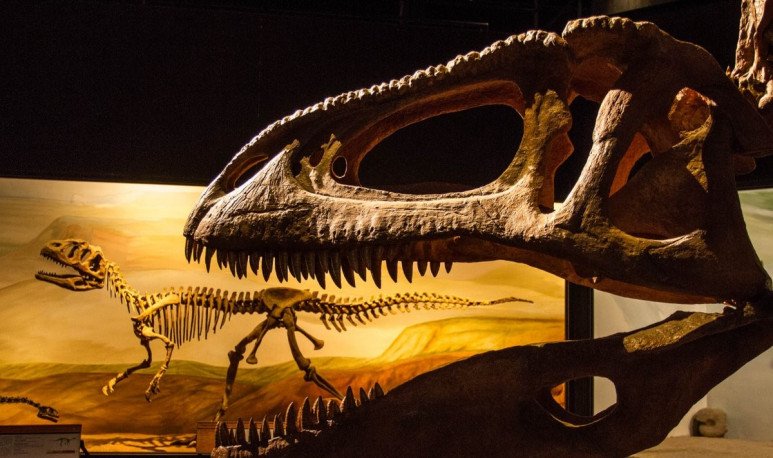 In the museums of the province of Chubut we find those that have fossils of animals unique on the planet, others that transport the visitor to know in depth the native cultures. There are also those that highlight the modes of production in the region during the past centuries, from oil to flour mills, among others.

In  Trelew , the fossil remains of the world's largest dinosaur are the star of the Egidio Feruglio Museum (MEF). It is the largest paleontology center in South America, which has a world-class exhibition hall. It houses a very important collection of fossils, with a permanent exhibition that traces a timeline that goes back to the past, from the first humans to the beginning of life on the planet. It has replicas of dinosaurs that inhabited Chubut and Patagonia. At the northern entrance of Trelew by the RN3, is a life-size replica of the titanosaur, the largest dinosaur discovered in the world, whose fossils were found in Chubut in 2013. It measures 40 meters long and 12 height.

House of the Artisans

In Nahuel Pan Station, 15 kilometres from Esquel, textile works by rural Mapuche and Tehuelche women in the area are exhibited. He began work in 1996 with the aim of improving the commercial conditions of textile handicrafts. In 1999 the current building was inaugurated as a showroom and salesroom. The Casa de las Artesanas and the Museum of Original Cultures can be visited by traveling on the Old Patagonian Express in the same way as when the train left in 1945.

The National Petroleum Museum offers an overview of the history and present of hydrocarbons and its relationship with Comodoro Rivadavia, the largest city in Southern Patagonia, where oil was discovered in 1907. It allows us to know life on earth from the Big Bang to its creation through the formation of napas, where black gold is housed through a collection of elements and ancient extraction machines. Some include tanks, trucks from the 1960s, machines to move heavy materials from the beginning of the last century, the replica of the 1907 drill rig or the crane carrying people in a box to board the ship that was going to Buenos Aires are all the surprises they find tourists.

Molino Andes, the most important of the mountain range during its existence, was a pole of economic and social development. The construction of the new three-story building with baked clay bricks took two years, between December 1918 and 1920. In this museum you can learn a part of the history of the Chubut mills and the life of Welsh settlers, as well as the Mapuche-Tehuelche communities in the area. The museum's collection stands out for the quantity and quality of everyday objects, from porcelain coming from Europe to furniture and musical instruments that are essential to the life of Welsh society.

This museum is a replica of the mills that have been growing in the region since the end of the 19th century. It is an artisanal building that houses a small museum that recalls the past of flour production in the Chubut river valley. In addition, visitors can travel back in time at the Thematic Museum of Use and Customs, where, among other things, you can see the forge, the printing press and a general branch store.

Just 15 kilometers from Esquel and as part of the Old Patagonian Express route is the Museum of Original Culture. There you can have an approach to the Mapuche-Tehuelche community and understanding their vision through the stories of their descendants. On the site are exhibited works of textile art, instruments, ceramics and other parts of these populations, along with their history. Those who work and care for the visitor are descendants of Mapuches and Tehuelches.

Museum of the Perón Family

Few people know that Argentine President Juan Domingo Perón lived in Camarones when his family moved to this coastal town at the beginning of the 20th century, nestled in an exceptional geography. The Museum of the Perón Family is a reproduction of the house in which they lived  at the beginning of the last century , with an exhibition of family relics and the former president, who spent his early childhood and the summers of his adolescence in this city.

Did you know that the most important private Paleontological Museum in South America is in Chubut?