Do you know Comodoro Rivadavia? We tell you about 4 places you have to visit in the largest city in the province of Chubut. 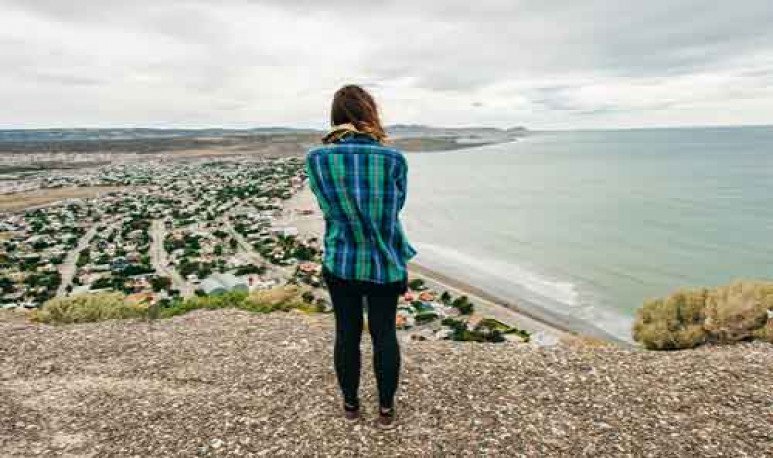 The city of Comodoro Rivadavia is  located in the San Jorge basin region, Chubut province . Although it is not the provincial capital (Rawson is) it is the most populous city in the province. Comodoro is the center of oil activity, which makes it one of the most prosperous regions of the country. Located on the Atlantic coast, it is considered, today, one of the main metropolises of  Patagonia .

The  Municipality of Comodoro Rivadavia  has been working hard to position the city as an emerging destination.  He's got it all! Lots of history, culture, urban walks, beach and even whales!Let's take a look at the 4 attractions that dazzle the tourist who visits it .

Provincial Route 1 is a road that borders the coast of  Chubut  and reaches Caleta Córdova. There is a small  fishing village  with  the best seafood and fish dishes in the region . Continuing along the road you reach the Faro San Jorge, built in 1925. The basis of the construction is oyster bricks, like many of the buildings in the area. If you dare to go further, the route borders a steep cliff called the Farallones. Due to  windy weather  and limited safety measures, it is recommended to go down with caution and good footwear.

Nothing better than wandering through the streets of the city of Comodoro Rivadavia to learn about its history and culture.  In each sector it is discovered its thriving development thanks to the  oil industry . The southern area is the oldest in the city and brings together the shopping center and the founding town. The north, on the other hand, is directly related to the beginnings of the oil and railway industries. The first camps that were organized for these two activities had their epicenter there.

The most representative building of Comodoro's life is San Juan Bosco Cathedral, with its stylized tower. Other emblematic  buildings  to visit are the Spanish Cinema Theatre, the Portuguese Association, the Galician Centre and the Chilean Community. But yes, you're in town, there's no better place to know Comodoro's history like the Oil Museum. Shall we go?

To say “oil” in Argentina is to name the city of Comodoro Rivadavia.  The National Oil Museum  is a clear example of this important discovery. The establishment opened its doors in 1987 on the site of the historic Pozo Nº 2, the precise place where the exploitation of black gold began 80 years earlier. It's a  time trip!

The museum, recently renovated, is one of the most modern in the country . It has an interactive sample in which you can go down to an extraction pit thanks to a simulator. When you visit it, you can see machinery and oil exploitation equipment used in different periods. For example, the original Fauck Express perforator, which made the first jet of crude oil appear in the area.

Rada Tilly is located 15 km south of the center of  Comodoro Rivadavia . It is considered the southernmost spa in America. Due to its strong winds, this beach is one of the best places for bodywork in the world. Beyond this, the city is unravaged in attractions. It has a nature reserve that dominates the coast from 160 meters above the waves. Also, at the foot of the hill, lives one of the largest colonies of  sea lions  in Patagonia. Further away, in the open sea, are the whales.

Around 800 cetaceans are registered annually in Rada Tilly . It is that these  marine animals  visit the beach all year round. And, as if Commodore doesn't have everything, there are also dolphins and whales.

It's not a treasure map, it's a solidarity map!

A small saw? The mountain range

The Stock Exchange: a not so secret paradise

Valle Maria, the spa of the paranaenses