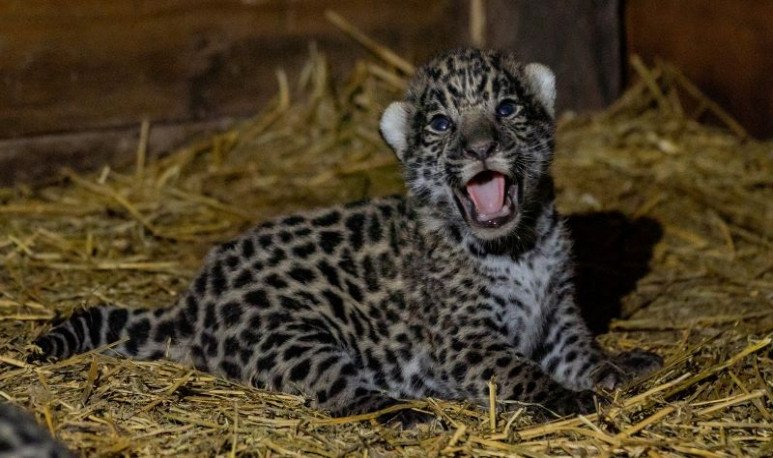 In  El Impenetrable National Park , the year and a half of work to save the last Chaco Yaguaretés are beginning to yield results. The province of Chaco, the National Parks Administration and the Argentine Rewilding Foundation confirmed that  Tania  gave birth to two puppies in a huge corral built in this National Park. Just over three months ago, on October 17, 2020, there was the union between her and Qaramta, a wild male inhabiting the Impenetrable.

The situation of the yaguareté in Argentina's Chaco region is critical and it is mentioned that fewer than 20 specimens cover the millions of hectares of this immense territory where it continues to be a clearly identity symbol of our land. However, poaching and clearing have put  America's largest feline  in imminent danger of extinction.

In the area of the current El Impenetrable National Park, work has been working to record the presence of yaguaretés since 2012, without success. That is why the appearance of traces on the barrosy shores of the Bermejo in September 2019 caught attention and ignited hope. Video footage obtained with camera traps confirmed that it was indeed a jaguareté and that he appeared to be a young male. A rapid reaction allowed the construction of a cage of modest dimensions in record time and, about two weeks later,  Tobuna  (a female of captivity from Iberá) arrived with the mission of attracting this specimen to capture it and attach a necklace that carries an emitter satellite. Tobuna's charms did not fail and the young male (now 4 years old and impressive 113,6 kg weight) was captured and baptized by the boys from the places near the National Park with the beautiful name  Qaramta , “the one who cannot be destroyed”, in Qom language.

Tania and her newborn puppies rest in the paridera, in one of the corrals that were built inside El Impenetrable National Park to try to save the species from extinction in the Argentine Chaco.

As in Tinder but in the Jungle

Observing that there were apparently no females in its territory and therefore the possibilities of reproduction were almost zero, it was decided to cross it with a female of captivity to leave offspring that would allow the yaguareté to recover in the Argentine Chaco. Tobuna's advanced age did not make her fit for this new mission, so she was replaced by her daughter Tania, who had already given birth to two puppies as part of the project to reintroduce yaguaretés in Iberá National Park. Tania, like her mother, was born in captivity. But their great-grandparents were wild and captured from puppies, after they had killed their respective mothers, in 1989, a few kilometers from the new abode of Tania.

The residents around the  El Impenetrable National Park  were the architects of making the mating corral in just over a month. Never, in the world, had any attempt to cross a large wild carnivore with another captive. The risks were many, but the behavior of Qaramta and Tania, who had been interacting through a fence for months, brought peace of mind to the team. Their meetings were very quiet and relaxed. That was how on October 17, 2020, the entrance traps to the new corrals were activated and Qaramta entered them. A few hours later, Tania was released. Qaramta was locked up for the first time in his life, but without feeling the confinement, the huge pens accomplished their mission perfectly and the two felines spent four days together, which lasted the zeal of Tania. Then Qaramta was able to regain her freedom and Tania continued in the pens.

From there the relationship between them went off. Qaramta continued to visit Tania but the interactions in the middle were not those of before. Tania, who goes into heat about once a month, stopped doing it. Suspicions of a possible pregnancy increased. Almost three months after the meeting, Tania's belly and nipples began to enlarge. And on January 29, he entered the mountain of his immense pens and did not go out again in search of his daily ration of food. Finally, on February 7 it was possible to confirm the birth. Camera trap records indicated that they were born in the early morning of the 30th, between 3:20 and 4:00 a.m. and the children of Tania and Qaramta are in perfect condition.

The puppies are the result of the incredible story of the encounter of Tania and Qaramta, two survivors and symbol of the conservation of their species. But at the same time they are the beginning of another story, of the story of recovering the prosperity of the Impenetrable. The two puppies will be bred in the mountain of these giant pens and without contact with the man. Unlike their mother and like their father, a life in freedom awaits them. By that time it is still between two and three years, and in the meantime it has to work and a lot so that the Bermejo River, where Qaramta has its territory and where its children will have it, becomes a safe place for the species. Today the river is at the mercy of poaching. It is necessary to develop ecotourism activities associated with wildlife watching. We need to ensure an economy based on ecotourism, so that these puppies can walk safely in a few years. So that the Yaguaretés and the people of the Impenetrable can coexist and prosper.