Field of Heaven: Meteorites on Earth

Who said you have to go to space to see meteors? In Campo del Cielo you will not only be able to see them, but also touch them. 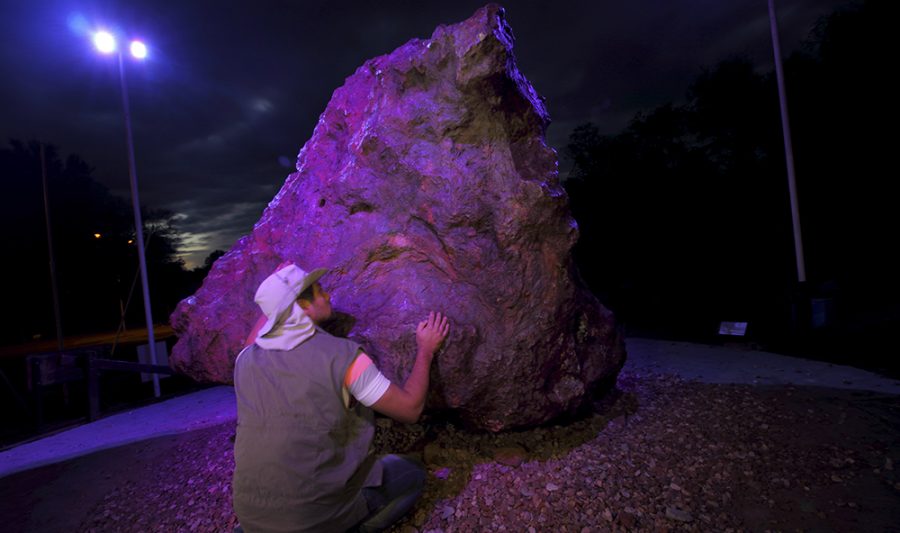 Known in the Toba language as Pinguen Nonraltá, Campo el cielo is a territory located on the border of the Argentine provinces of Chaco and Santiago del Estero, where about 4500 years ago fell a huge space rock in the form of meteor shower.

It is a site 3 kilometers wide by 18 kilometers long, within which 26 craters of various depths can be observed. Some holes inside the earth are more than 8 meters deep.

The largest meteorite in Campo del Cielo was called “El Chaco”, and weighs 37 tons. It is the second largest recovered in one piece on the entire face of the Earth, after one found in Namibia, of 55 tons.

In the region there are thousands of small pieces of meteorites and, while it is illegal to pick it up, some robberies have been recorded . They even tried to steal “El Chaco” in the early 1990s, but the theft was thwarted.

In addition to the attractiveness of visualizing meteorites, Campo del Cielo arouses a particular interest in those passionate about astronomy and physics, because through the fragments of meteorites you can visualize part of the history of the solar system. About 8,000 people arrive in Tucumán for the Sugar Cane Congress

How to light a campfire with rain

Mercedes, with the aroma of field biscuit and wood oven

Preparations began and a new edition of Chocogesell is now beating