Home Travel Chaco Field of Heaven and the Chaco Meteorites

Field of Heaven and the Chaco Meteorites

One of the largest meteorites in the world is in Campo del Cielo, in Chaco. A place full of history that offers a different experience. 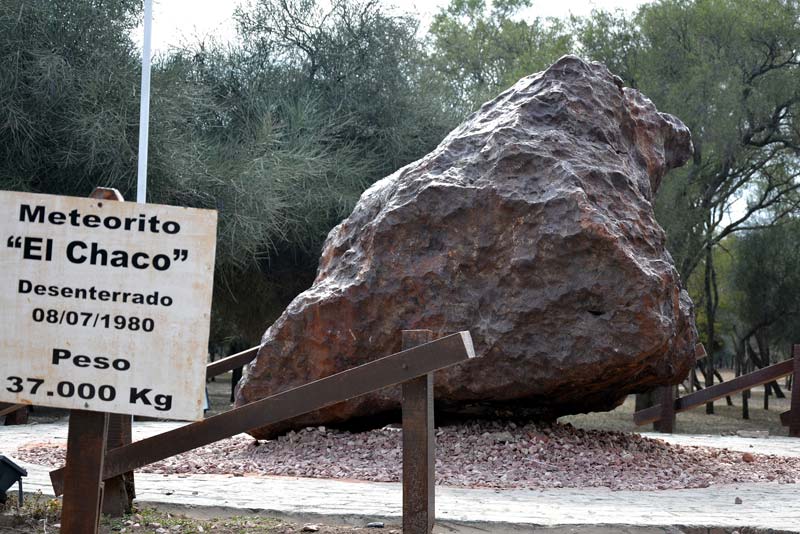 Campo del Cielo is a unique tourist opportunity and amazing in the country. Its historical and natural proposal can only be found in a few places in the world. It is located in the town of Gancedo and is a Meteorite field in Chaco.

Tourists can visit the place all year round, it is a space of 1000 square kilometers that mixes its forests of carob trees and quebrachos, and find the meteorites and the footprints that each left. The place is popularly known as Campo del Cielo and also as Piguem N'OnaxaNature Reserve. Being next to objects that traveled through space is an amazing experience.

The impact of these meteorites on Chaco happened 4000 or 6000 years ago. The culture of the Qom claims that meteorites are nothing more than drops of sweat from the sun. NASA research claims that the asteroid that entered the earth weighed more than 800 tons and disintegrated throughout the Field of Heaven. The third largest meteorite in the world is in Chaco. He celestial body has a weight of 33 tons and is called Chaco. It is only surpassed by a meteorite that is Namibia of 55 tons and another in Greenland with 35 tons. Meteorites of Campo del Sky are also exhibited in various museums around the world. The Runa Pocitometeorite, approximately 600 kilos, was transferred to the British Museum. The two-ton asteroid El Tacois shared between Planetarium and the Smithsonian Institute of Washington.

Every September Chaco carries out the Meteorite Festival in Campo del Cielo. A festival that presents different musical shows. It has a varied gastronomic offer and a predominant presence of regionalmeals. And also other events among which was the election of Miss Meteorite.