Chaco is an invitation to adventure, its capital every two years hosts a unique exhibition in the world. 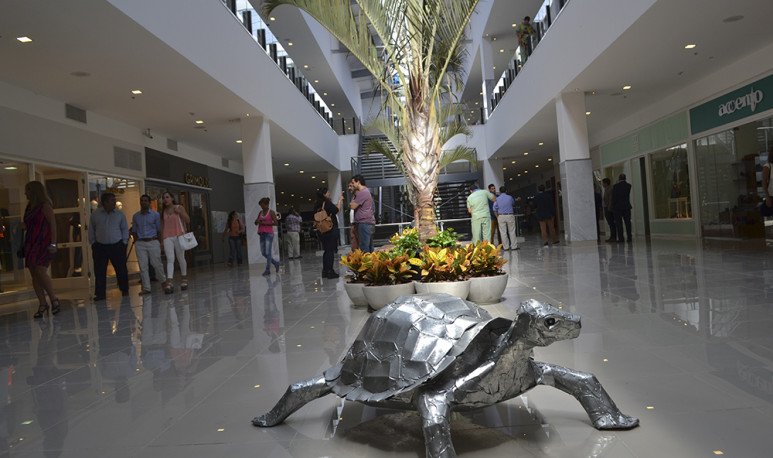 Resistencia, the capital of  Chaco  is a city with an international recognition by UNESCO for being the  National Capital of Sculptures . Its streets are staves of more than 600 original works, which disembark there by the hand of the International Sculptures Biennial. On the other hand, the Chaco capital has beautiful green spaces, museums, shopping and cultural centers that, along with regional gastronomy, make a magical combination of proposals.

Near Resistencia, Cerrito Island, towns such as Colonia Benítez, Puerto Eva Perón and General José de San Martin, as well as Aqua Park, the first water park in the region, are other attractions to visit on your next vacation. 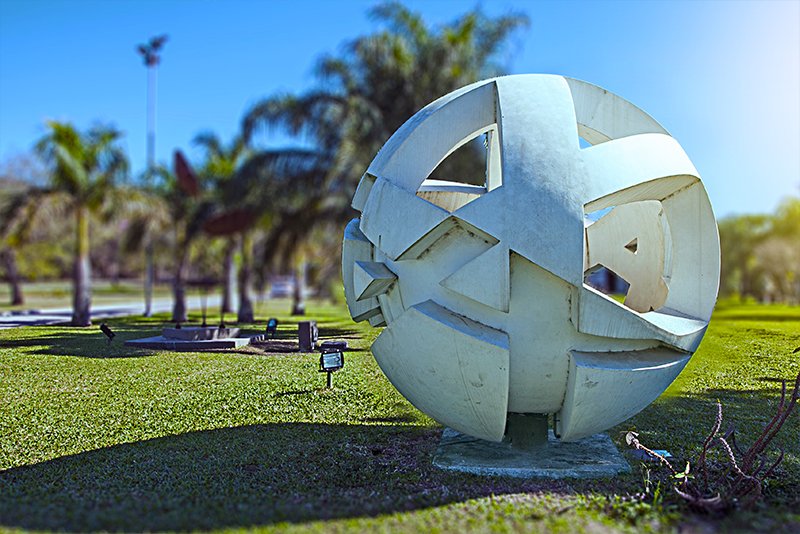 Resistencia is the largest open-pit sculpture museum in our country. The more than 600 works distributed in its avenues, parks and pedestrian are a unique art show available to anyone walking through its spaces. Every two years, Resistencia is the meeting point for artists from all over the world, convened by the International Sculpture Biennial, an event recognized nationally and internationally. The next will be held from 16 to 23 July 2022.

Resistance is green where it is observed from its main square, a unique place in the country due to its size, with trees, playspaces and the Paseo de los Artesanos. Just four blocks from there radiates four more equidistant green spaces, each with its features and all toilets and playgrounds for the youngest.

On the other hand, very close to the Civic Center Resistencia has unmatched green lungs such as the Democracy Park, the Tiro Federal Urban Park and the Argüello lagoon, ideal for physical activity, sports and relaxing.

On weekends, near Sarmiento Avenue, Paseo de los Artesanos usually populates entrepreneurs and artists who make it an attractive proposal to visit.

The great importance of art and culture for the province and its capital is reflected in various spaces. As is the  Museum of Urban Sculptures of the World , where the sculpture biennials are held. The  House of Cultures,  a four-story cultural and exhibition center opposite Plaza 25 de Mayo, home to the  Museum of Fine Arts René Brusau  that    preserves works from various disciplines and the most outstanding exponents of Chaco art. The  Leopoldo Marechal Cultural Centre  which holds permanent exhibitions of Aboriginal handicrafts. Also the  Fogón de Los Arrieros,  a private association that shelters valuable works of art, such as murals, paintings, engravings, sculptures and carvings, as well as antique objects, documents, photographs and handicrafts.

At the  landing site of the First Settlers , a monolith recalls the arrival of 60 families from the Italian Friuli region in 1878, who, together with Correntino workers and Colonel José María Avalos, began colonization of the territory.

Another attraction, due to its dimensions and engineering, is the  General Manuel Belgrano bridge, which crosses the Paraná river linking Resistencia and Corrientes, is a must-see postcard. The  Museum of Chaqueño Man Professor Ertivio Acosta  preserves the tangible and intangible heritage of Chaco's history and culture, with contributions from the indigenous peoples qom, moqoit and wichi, as well as the Creoles and immigrants who populated it. Guests can also visit the  Museum of Natural Sciences . The Cathedral of Resistance and the Church of the Assumption, a modern religious temple with unique architecture.

In the evenings Resistencia also has a varied gastronomic offer, with alternatives to the step and bars and restaurants that invite you to live a whole experience when you taste their dishes.