Home Travel Catamarca Monument to the Pachamama in Catamarca

It is a work by the artist Raúl Guzmán, which was inaugurated in 2001, in Santa Maria de Yokavil in the north of the province. 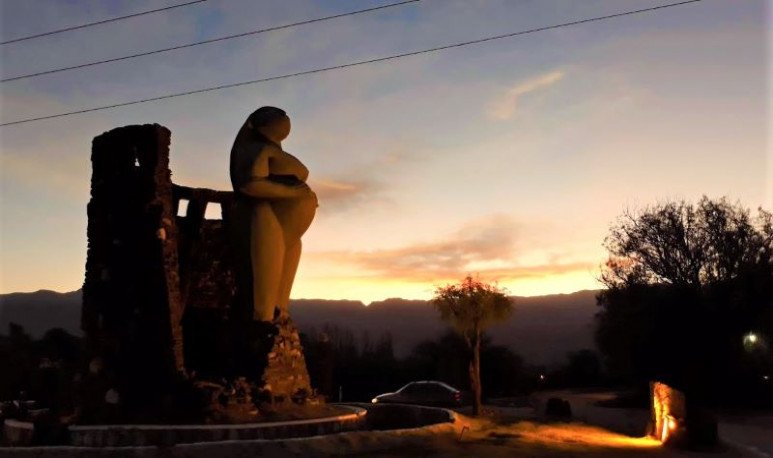 What we know today as Santa Maria de Yokavil founded in the early 18th century Ambrosio Muñiz Cancinos. At that time it belonged to the so-called religious curate of London and the Governorate of Tucumán. A century later he became part of the Intendency of Salta. In the middle of the nineteenth century, with Catamarquean autonomy it became the head of the department of the same name. It is located, at 1900 masl, on the RN 40 a few kilometers from the border with Tucumán from which it is 350 km from its capital.

Monument to the Pachamama

This imposing monument is the work of the catamarque plastic artist and muralist Raúl Guzmán and was inaugurated in 2001. Arriving to Santa Maria by the RN 40 from Tucuman receives the visitor a figure of pregnant woman, who looks to heaven, the representation that Guzman understood was the Pachamama. The monument is protected by a semicircular stone wall, and a fountain representing the cult of water. In addition, there are seven monoliths in pircada stone and on one side the so-called door of life with a human-shaped figure looking east.

What else can we see in Santa Maria

This cultural space is located on the corner of Sarmiento and Belgrano, diagonally to the city's founding square, Manuel Belgrano. Originally it was a homestay then the normal school of the city. Currently there are several municipal directorates such as the Culture Department and the Santamariana Association of Artisans responsible for maintaining the lives of millennial traditions. In addition to exhibiting their works, they sell them. 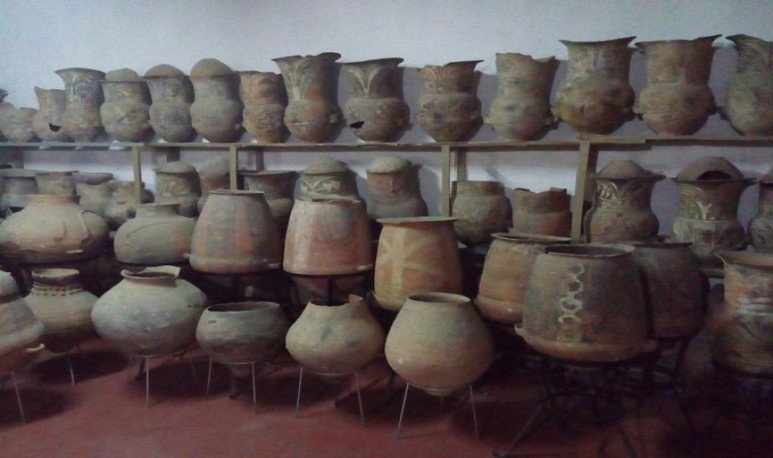 The Boman Museum is located within the premises of the Yokavil Cultural Centre and is named after the Swedish archaeologist great researcher of native cultures. Visitors will be able to see in a timeline pieces of ceramics from Ampajango, Ayampitín, Aguada, Belén and Santamariana cultures. Many of those elements more than 1000 years old. In addition, there is a sector with pottery from the pre-Hispanic period of the Caspinchango culture.

Our Lady of Candelaria Parish

This temple dates back to 1998, it was built in front of the main square where was the early temple that was inexplicably destroyed. The work is monumental and is in charge of the Padres Recoletos del Escorial, who serve the Spanish Crown. The building is beautiful in its conception both interior and exterior. But it noticeably disentates not only with the environment but with all the temples of Northern Argentina. The temple is full of symbology. The bell tower is thirty-three meters high, remembering the age of Jesus. The twelve arches designed in the tower represent the twelve Apostles. Seven different bodies in the tower, from the floor to the cross, remind us of the Seven Sacraments. 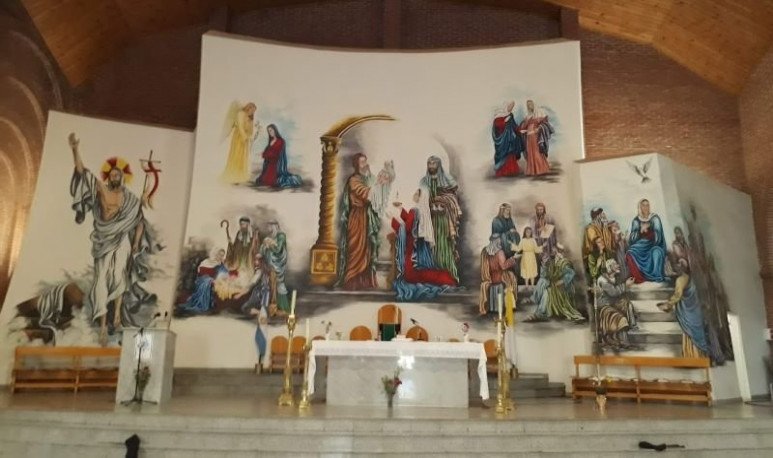 There are five steps to reach the atrium and many others to climb to the altar symbolize the Ten commandments of God's law. The Major Altarpiece represents The Joyful Mysteries. In the center the Ministry of Purification or Virgen de la Candelaria. At the sides the resurrection and the coming of the Holy Spirit.

What to see in the outskirts of Santa Maria

Church Our Lady of the Valleys 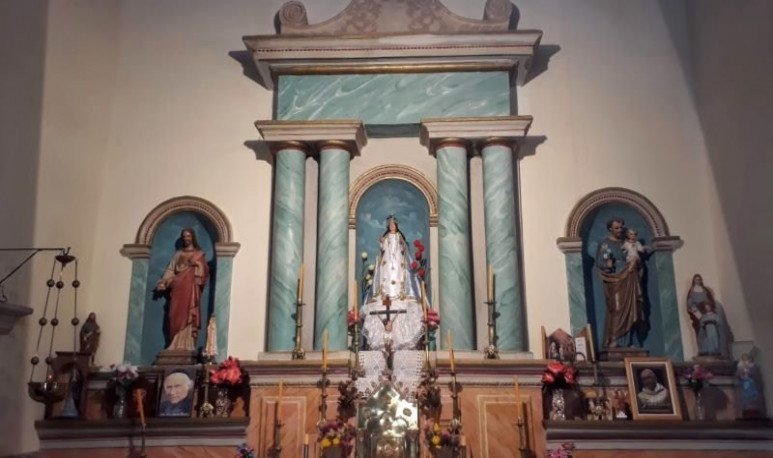 It is located in Fuerte Quemado, a few kilometers from Santa Maria by the RN 40 to the North. This temple dates back to 1879 being the oldest standing church in the Department. Its architecture is classic colonial style, made of adobe bricks and stone foundations. It has a unique nave and two side chapels, the roof is made of Spanish tile and angry carob. The furniture and the bell are from the time of its foundation. An image of the Virgin of the Valleys is venerated and every December 8 the Patron Saint's Festival takes place in her honor.

It is accessed by a road behind the church Nuestra Señora de los Valles. It has a stone trail with the different stages of the Via Crucis. The road is of medium difficulty. At the top you get a panoramic view of the village. Forests, river, and adobe houses are barely distinguished among trees. The hills of the Yokavil Valley, and those of Tucumán and Salta further away, always imposing and silent, surround this desolation.

Until the end of the last century there was the celebration of the cross that is associated with the Southern Cross. On May 3, this constellation has the shape of a perfect square cross. That day begins, for the culture of the original peoples, a new cycle of planting, the renewal of life. Although strange this millennial ritual in these lands had its correlate with the arrival of the European. Since that same day is the feast of the Holy Cross. The holiday is usually due to this date that of the discovery by St. Helena in 326 of the  “true cross”  (Vera Cruz) where Christ was crucified. On May 3 we climbed to Cerro El Calvario and lowered the cross that had been put on in September, at the beginning of spring. That ritual made the crops protect themselves. Neighbors report that a Vicente Yapura played a hype to warn the neighbors that it was time to climb the hill to lower the cross.