Home Travel Catamarca Catamarca, in the footsteps of a Milagros worker

Hundreds of thousands of tourists and pilgrims arrive in this province of Northern Argentina in search of knowing, about the first, and thank, the latter. We tell you who we're talking about. 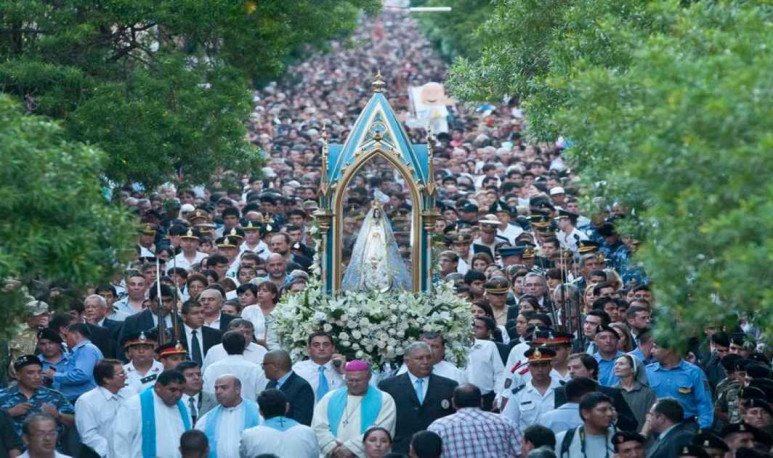 Touring our country as travelers puts us in the face of unsuspected surprises. The province of  Catamarca  is one of them, its natural beauties, villages, culture, gastronomy and traditions. It is a province that must be visited at least once in your life, although surely once you visit it there will always be wishes to inquire it a little more.In this note we will immerse ourselves in the religious fervor of its people and punctually its patron saint,  Our Lady of the Valley . The  “Virgin Morenita”  as Jorge Cafrune decided to call her in a  zamba , celebrated very recently the 400 years of her discovery.

Shall we start the trip?

The city of  San Fernando del Valle  has a beautiful  circuit  to travel the way of the  Virgen del Valle  . It starts in the grotto where the image was found. It is accessible from downtown via Avenida  Camino de la Virgen , in a 15-minute drive. It is also possible to take a tour with local guides or board a bus line.

The  Choya Grotto , alluding to the nearby village, is nestled in the Ambato Faldeo, a mountain range located to the west of the province's capital. It has a temple, built in 1941, which covers it in its entirety, as well as a simple stone altar and a small sacristy. Promesants leave their  offerings on the mountain, from which stories that excite.

On the same avenue you return and at the second roundabout, on Avenida México, turn left on the road to San Isidro, Valle Viejo department. That's the second stop on the tour. It is the  Hermitage , a construction that originally was adobe and straw. As the passage of time deteriorated it, what we see today is a replica made in 1926. There we can also see the  statue  of  Manuel de Salazar  , who was the Spanish landowner who collected the image of the grotto and built that small shelter for the virgin. 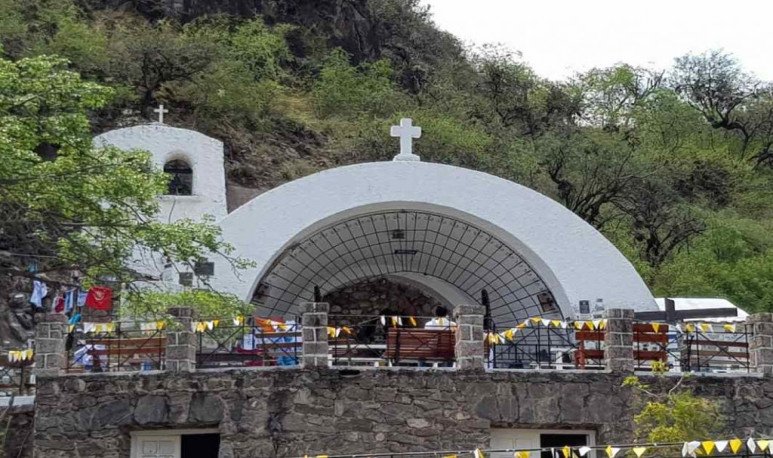 In that place travelers will be internalized on the miracle that happened with  Salazar . Legend has it that in the face of a fire in the cotton tank they had on the farm, Salazar implore the virgin for a favor and this was pleased. The fire stopped and practically did not record material losses. From that place you return along the only asphalt road in the city until you reach Avenida Presidente Castillo, which leads directly to the  Basilica Cathedral , one of the most beautiful Italian Neo-Renaissance temples  in our country. , is the current abode of the patron saint of Catamarca, who lies in a dressing room built in 1916.

In accordance with the old Spanish custom the image was dressed from the beginning and it has always been. The  outfit  consists of white tunic and long blue veil that leave visible no more than the oval of the face and the hands protruding from a  slit  . 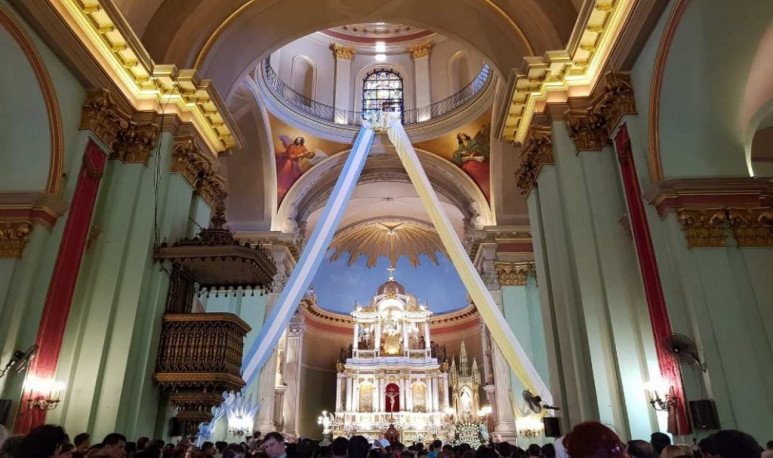 The Temple of Faith

The Cathedral, located in front of  Plaza 25 de Mayo , not only impresses with its external robustness, but also leaves the visitor speechless when entering it. Its ceilings are covered by canvas paintings that show the entire journey of the virgin from her discovery until her arrival in the capital city. Also thrill are the chapels of their side  naves  , the beautiful  stained  glass windows where the sun enters staining the walls of the enclosure and the dome of the cruise at 20 m. high with a magnificent representation of the Assumption of Mary to the skies.

The campanario completes the tour, which is open to the public and ensures  panoramic  views of the main square, the city and the hills surrounding the catamarque capital. Additional attractions include the  Museum of the Virgin,  a real centre of interpretation of the province's Marian faith. A few blocks away, along República Street, is the  Plaza de la Coronación , on  Paseo General Navarro.   There, 127 years ago, by decree of Pope Leo XIII, the image was crowned. We see an exact replica of wrought iron with which Nuestra Señora del Valle was crowned, such as Limpia and Pura Concepción del Valle. It was placed there in 1991.

Route 40 and its attractions in northern Argentina

How to get around in San Juan: the city of tourism and sports

To look at you better