The departments of Andalgalá, Bethlehem, Pomán, Tinogasta and Santa Maria have characteristics that make them ideal to visit on your next holiday. 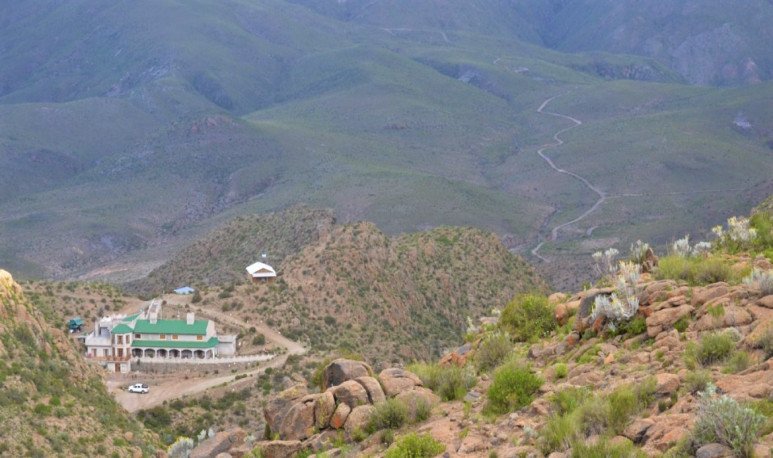 The orographic expressions of glaciers, lagoons, salt lakes, hot springs, dunes and majestic mountains pose an itinerary difficult to forget. It is a journey through the elevations of the Calchaquí valleys, with immortal dunes and colorful vineyards, where you can move from the most extreme adventure to the deep immersion of ancestral cultures. There the pre-and post-Columbian history is set in a rich cultural heritage, unique crafts, music, dance seasoned by traditional and popular festivals.

Route of the Loom

Nine villages in the province bring together more than 300 artisans who are dedicated to traditional  weaving in Catamarca loom . Everything happens framed between valleys, archaeological sites and regional meals. Visitors can meet the artists in their homes, buy ponchos and fabrics from the producers and enjoy the soft cadence with which the lama, sheep and vicuña fibers rotate in their courtyards. The Bethlehem River forms the backbone of the journey through an area full of archaeological sites to visit, such as the pre-Columbian town of Shincal in London. Each village on the route has its unique design features: there are symbols of the Incas, caranchaos, terraced, rustic and frisian guaras, with the natural colors of the earth or with natural dyes. There are in total more than 50 posts with more than 300 craftsmen spread over nine sites. 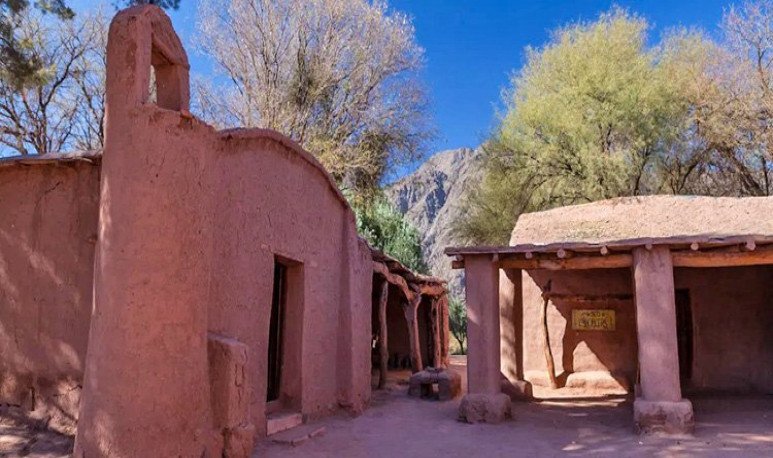 Beautiful villages with adobe houses, rooms, chapels and churches form a  circuit  of 55 km between Tinogasta and Fiambalá on the RN 60. This mixture of straw, clay and manure is combined with wood in beautiful and perennial constructions. Among the small villages or villages with their churches and houses entirely made of adobe, stands out Casa Grande, a boutique hotel two blocks from Plaza de Tinogasta, the Oratory of the Orquera in El Puesto, built in the early 18th century with folded carob beams. A circular bell tower erected with adobe. The Church of Andacollo in La Falda and the Church Nuestra Señora del Rosario, with ground floor, adobe walls and covered with cane and clay, built in 1712, the oldest in the province of Catamarca. 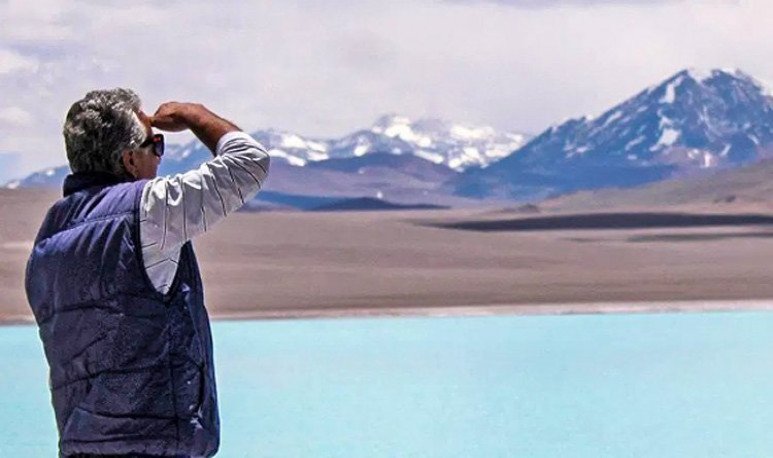 In the western part of the province of Catamarca is one of the highest regions of the Andes mountain range. Twenty peaks exceed six thousand meters above sea level. They are clearly an irresistible destination for mountaineers around the world. They are known as “Los Seismiles” and they are an adventure that goes far beyond sports. In any case, the expeditions depart from the city of Fiambalá, the so-called “Puerta de los Seismiles”, where the traveler can count on all the necessary infrastructure and services. Ojos del Salado is the highest volcano in the world (6893 meters above sea level) and the second summit in America after Aconcagua, as well as a favorite of climbers. On the border with the province of La Rioja, Pissis offers five peaks for the ascent, the most important, at 6882 meters above sea level. Meanwhile, the most accessible hills are San Francisco, at an altitude of 6080 meters above sea level, and Incahuasi (6638 meters above sea level). The Seismiles can be visited between October and April in the company of specialized companies or guides, who tour the area in 4x4 trucks with necessary equipment, logistical assistance, oxygen supply, high mountain food and rescue equipment. The trip lasts a whole day depending on the chosen peak and requires physical preparation. 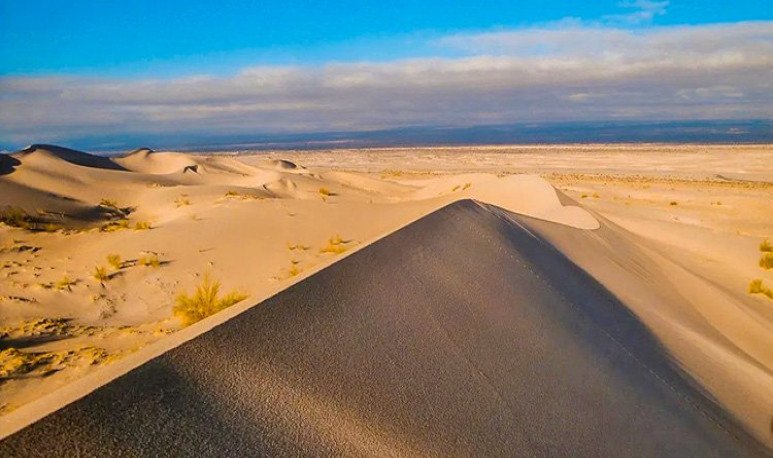 Above two thousand meters above sea level, this huge area of white dunes is a paradise for lovers of sandboarding and off-road driving. Tatón dunes are among the highest in South America and form a strange landscape where large sand stretches between the hills and change shape due to the wind. Adventure opportunities include quad rides and 4x4 cruises. The proximity to the thermal waters of Fiambalá allows you to combine adrenaline with maximum relaxation.

The thermal baths of La Aguadita are located 15 kilometres from the town of Tinogasta. This center is recommended for those suffering from nervous conditions, rheumatism, arthritis or skin problems. The complex has quinchos, cabins, steakhouses and a dining room. The Aguadita lies on the Sierra del Abaucán, where you can see the “ Sleeping Giant ”, a size that made the time in the mountains.

On the other hand, the Fiambalá Baths are located among multicolored hills, at the foot of the Andes Mountains and at more than 1500 meters above sea level these medicinal waters arise. In the resort tourists can enjoy the calm and intimacy, away from the noise and stressful rhythm of the big cities, in a practice related to well-being and health, with all the necessary services to have a beautiful stay. 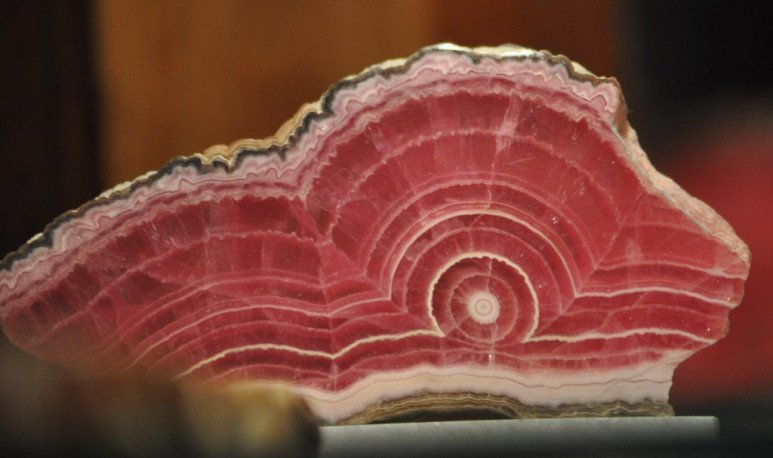 After climbing the challenging cornice of the hill of Capillitas, in the department of Andalgalá, you will reach this ancient mining complex, which is mainly extra from Rhodochrosite. This stone has its name in the combination of the Greek words “pink and color” which identifies most of the pieces that are extracted.

These unique characteristics made it called “Argentine National Stone”, using it as a semi precious stone. The Rose of the Inca, also called Rhodochrosite, symbolizes forgiveness and love.

The Shincal de Quimivil was the southernmost administrative city of the Inca Empire. Declared National Historical Monument in 1997. This archaeological site is a stone monument that has kept a part of the history of our native peoples. Archaeologists recognized Shincal as a Guamani (provincial head) of Tawantinsuyo, (Inca State) between 1380 AD and 1600 AD. It occupies an area of 23 hectares, populated by more than one hundred buildings built in stone and clay.

Fort Quemado is located in the Department of Santa María, on the left bank of the same name river, near the border with Tucumán, an important point of Inca domination in Northwest Argentina, specifically in the Valley of Yokavil. It was declared a provincial historical site in 2006. The type of architecture denotes a long human presence in the place, allows to appreciate the imprint of the Santamarian culture and the subsequent Inca influence.

The city of Pomán takes place the magic and cultural attraction of the comparsas, where they recover and show the public the traditions of their ancestors.Carnival is a beautiful and colorful show, worth knowing. It is the expression of cultural, historical and social processes and the ideal juncture that the people have found to express themselves through costumes, music and drama. The closure is carried out with the burning of the Pujllay (devil) in the same locality.