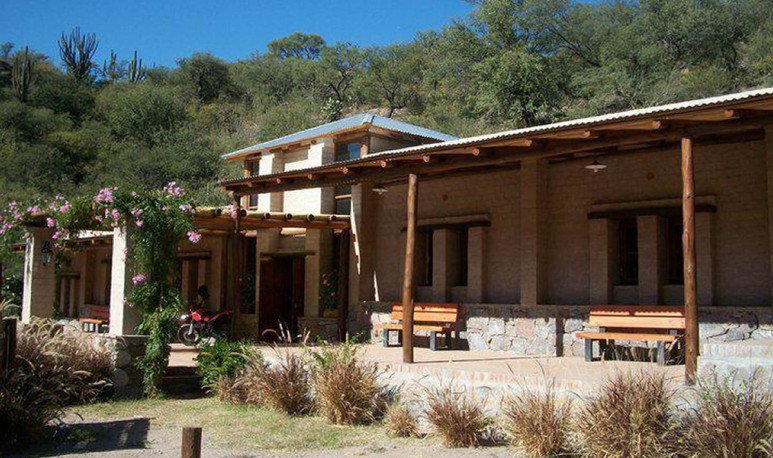 The Ambato and Ancasti mountains frame San Fernando del Valle de Catamarca, provincial capital, which exhibits its foundational area around Plaza 25 de Mayo. There are the Cathedral, San Francisco Church, Government House and Conciliar Seminary, some of the testimonies left by the European current that arrived in the 18th century. Here, the places you should visit.

Cathedral Basilica of Our Lady of the Valley 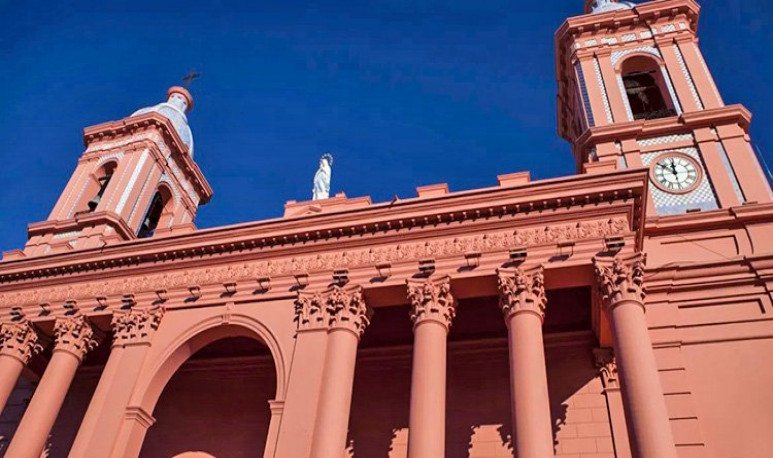 The  Sanctuary of the Virgin of the Valley  — in front of 25 de May— attracts hundreds of thousands of pilgrims annually. The present temple is the third temple built there: it was inaugurated unfinished in 1869; and the final work was completed in 1875. Declared a National Historical Monument in 1941, it is considered one of the most important buildings of the Italian Renaissance in the country.

Its fabulous stained glass windows represent the discovery of the image of the Virgin of the Valley, her coronation and some of her miracles, among others. Highlights include the Camarín, a small chapel behind the altar, the image located on a rotating base in the eyes of the public during the celebrations.

It is accessed from the left side courtyard by worn marble stairs, one to enter and another to exit, with side walls filled with gold and silver votes. Those who wish to learn more about the Virgen del Valle, national patron saint of tourism, should visit the Museum located in the building of the former bishopric of the city.

It occupies the former residence of General Octaviano Navarro, twice governor of the province, recovered in its heritage, architectural and historical value.

Museum of the City

The Casa Caravatti City Museum, inaugurated in 2013, is a cultural center that binds the cultural, artistic and historical activities of the province.

Historical Museum of the Province of Catamarca

Opened in 1977, it is located in an old 19th century mansion. It exhibits a gallery of portraits of governors from 1821 to 1966, elements used by personalities of local and national politics, the original plan of the capital city of 1886 and an outstanding collection of photographs of yesterday's Catamarca.

Created in 1943 by Fray Salvador Narváez, it is considered the most important reservoir of Catamarca cultural heritage. Ceramic pieces from the cultures aguada, condor huasi, swamp, Santa Maria and alamito, among others stand out. Along with the Salón Calchaquí and the Biblioteca Sarmiento integrates the Esquiú Cultural Complex, one block from the main square.

One block away from 25 de Mayo Square is the beautiful Church of San Francisco, a National Historical Monument since 1941. Its baroque façade and bell tower are complemented by the outer square, which highlights the statue of Fray Mamerto Esquiú, friar, philosopher and politician of Catamarca origin, famous speaker of the 1853 National Constitution. It also allows you to have a beautiful view of Esquiú Street, which has as a backdrop to the west the summits of Mount Ambato. Its main altar is marble, built in Buenos Aires in 1916, and the entrance door shows great richness, highlighting anthropomorphic figures with indigenous features. In addition, the Virgin of Our Pure and Clean Conception, brought by the Franciscans in the sixteenth century.

At the Catamarca Fair, this museum uses modern resources to capture the visitor's attention and reconstruct the history of this garment that is part of the feeling and identity of the Catamarqueans, as well as of the largest festival in the province that honors it every July.

There are products of Catamarca artisans from all over the province on display: fabrics, basketry, leather, stone and other traditional food and materials are some of the most sought after by travellers.

It contains carpets made by local artisans with a quality recognized nationally and internationally. The main element is the vertical looms for the realization of tapestries and carpets. Different styles are woven like Persian, Chinese, modern, French, plain or Inca.

Grotto of the Virgin of the Valley

It is a natural grotto on Mount Ambato, in the town of Choya, where an Indian found — between 1618 and 1620 — the image of the Virgin that is now venerated in the provincial cathedral. Above the grotto there is a temple with a stone altar and a small sacristy. The place calls for many faithful and celebrations on its semicircular terrace.

To visit on the outskirts of the city 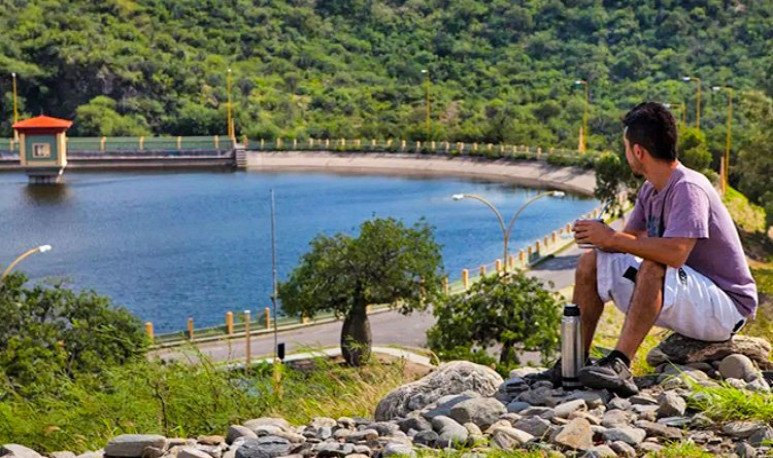 In addition to water supply much of the capital city, this water mirror 4 km from the center of the city is used as a place of recreation, as well as the practice of water sports in boats without motor and fishing. Of great beauty, it is located in a landscape of low mountain ranges with a small slope on which there are viewpoints to contemplate the city, the mountains or the waterfall that feeds the dam.

Lost Village of the Quebrada

The Lost Village of the Quebrada is a set of more than 40 enclosures built with stone and clay cake roofs or interwoven branches, grouped around a common space or square. It is a valuable testimony to the value of water culture in its initial phase, more than 1,500 years ago. Its surroundings stand out for the presence of large shoals, some up to 10 m high and several centuries old. The Interpretation Centre offers information related to the site, the civilization that dominated the lands of La Quebrada and the process of research and recovery of these ruins.

Traveling along the Ruta del Telar in Catamarca