Caminito, the best known street in the city of Buenos Aires (and even the country), is not only an explosion of colors. In the note, I know more about his story. 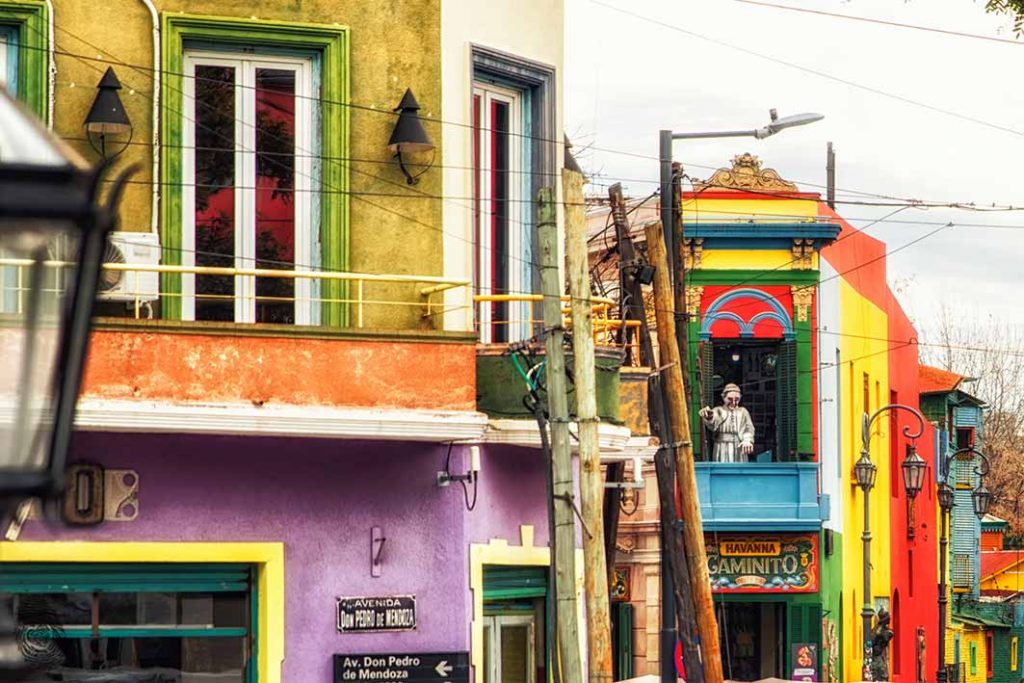 There is practically no more famous street in our country than Caminito. Maybe it's up to the 9th of July or Corrientes. But Caminito has more colors, more fun and more history. If that wasn't enough, the neighborhood is beautiful.

Caminito, the street most visited by tourists from all over the world, is located in the soul of the “Republic of La Boca”, in the area also known as “Vuelta de Rocha”. Besides, of course, it borders the Riachuelo and is only four blocks from La Bombonera. An explosion of porteñitude that can be remembered on foot. Moreover, as if that were not enough, it is easy to reach by public transport and, thanks to the tourism it receives, it is super safe (here, nobility obliges, it is necessary to clarify, especially for some tourist who is thinking of visiting it, that the neighborhood in general is not so safe, so if you go, try to do it by day and not get too far from the tourist movement).

The history of colors

In the path that today has the street, the train passed at the beginning of the 20th century. In the 1930s, that route ceased to be used and abandoned. In 1950, residents of the neighborhood (among them the renowned painter Benito Quinquela Martín ) started to work and advanced where the state did not: they cleaned everything and recovered the space to use it. public.

From At first, the alley had a very strong artistic imprint: it was decorated with sculptures and murals of artists, first of the neighborhood and of the area, then of the whole city and finally of all the country. By the mid-sixties it was already directly an open-air museum.

Another very typical thing of Caminito is its conventillos, the typical houses of the first Italian immigrants who settled in the neighborhood. Originally (some still work like this), they were collective dwellings, in which each family had one room (the lucky two) and shared the patio, the kitchen and the bathrooms. Many of them today were restored and functioned almost like shopping galleries, but at first they were very humble dwellings. In fact, the typical multi-colored painting of houses has its origin in the fact that the first inhabitants painted their homes with leftovers of paint from more wealthy people: therefore, as a gift horse does not look at their teeth, gift paintings do not look at the colors.

Anyone who wants to meet a little piece of the history of Buenos Aires, to go to Caminito. There's no way he'll regret it.

Linguoo: the sound Wikipedia with a Cordovan stamp

A river of garbage