Cairo can be, next to Tortoni, Argentina's most emblematic bar, a must-see for tourists in Rosario. 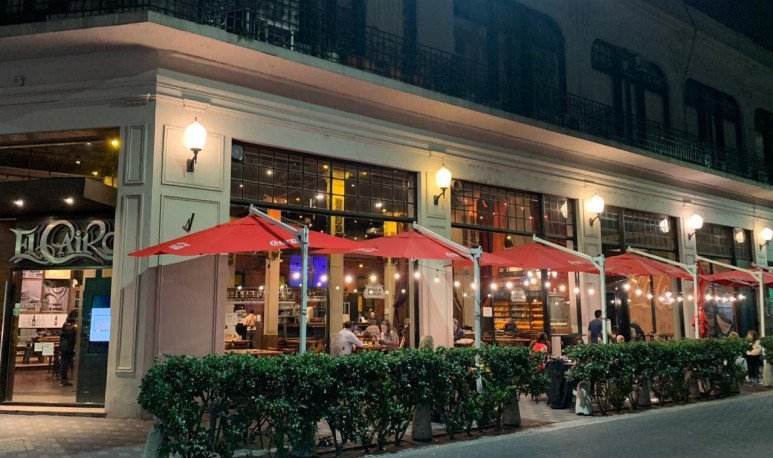 Perhaps for many the Cairo bar will immediately bring to memory the genius of  Roberto Fontanarrosa . Certainly, El Negro was regular concurrent and even immortalized it in his book “La mesa de los galans”. In a broader sense, I dare to say that,  beyond the unique Tortoni, there is no other Argentinean coffee with greater symbolic load than this one.

Opened in 1943 on the ground floor of a house, it began as a typical café.  He had pool tables, where the men in the city came together to talk about football, politics and women.  In the 1970s, after being remodeled, it became a place where an audience of young intellectuals made the bar a fundamental meeting point.

Back in 2002, in times of crisis, the owners decided to close. In May 2004, a voracious fire jeopardized the reconstruction project. At the end of that year it reopened, again becoming an emblem of Rosario. Thanks to an intense reconstruction work of architects, artists and workers, they enabled  the recovery of the original 500 square meters, giving its internal façade a style of colonial architecture .

One of the main modifications made by its new owners was  to convert Cairo into a restaurant. Currently it has more than 250 covered,  multispace, living room, meeting bar that extends to a path that recalls an old street, with arrival to a cultural space with library included and even a stage.

Mix of bohemian and dreamer , today the bar plays the role of “Paso Obligado” for those visiting Rosario. It is a historical and fundamental space in our city, renovated in its architectural concept, but with  the validity and spirit that maintained and maintained it as “the” bar of Rosario.

An illustrious corner of a big city

Fontanarrosa remembered Cairo as “... a club, where one would meet friends. Many of the  motifs in my stories and many of the fictional  characters that appear in my books are inspired by the talks that were given with the boys at the bar table.”  One of the most remembered visits was that of Joan Manuel Serrat,  who was accompanied one afternoon by El Negro. In those years the bar exhibited in one of its columns the photo that recalls that meeting.

Today the bar is still chosen by renowned artists. It is common to see actors and musicians having dinner after their performances in Rosario.  Also writers who choose the place to present their books or to political parties  that launch their new campaigns.

There are shows by local musicians and, on weekends, there are always a variety of cultural options. The bar is also an emblem because  its façade is urban heritage . Its architectural value is preserved the same as in its beginnings.

Cairo is open from seven in the morning to one in the morning during the week, and runs until three on Fridays and Saturdays. In addition,  it has an executive menu during noon . In this sense, until before 2004 this place was only a bar. Now there are various dining options designed for locals and tourists, they can get to order pastas at 5 o'clock in the afternoon. Today, the nerve area of Rosario is close to the river, where more and more bars open, many successfully. As Cairo was in the heart of the city, it had to  adapt  these issues to remain as an option, beyond its historical value. Whatever it may be, it is true: Cairo  is a fundamental place. Not only for the Rosarinos , but for anyone who gets to Rosario.