Simple (but important) things to remember about Puán

In the south-east of Buenos Aires, a small town awakens the interest of tourists, we tell you why you have to visit it. 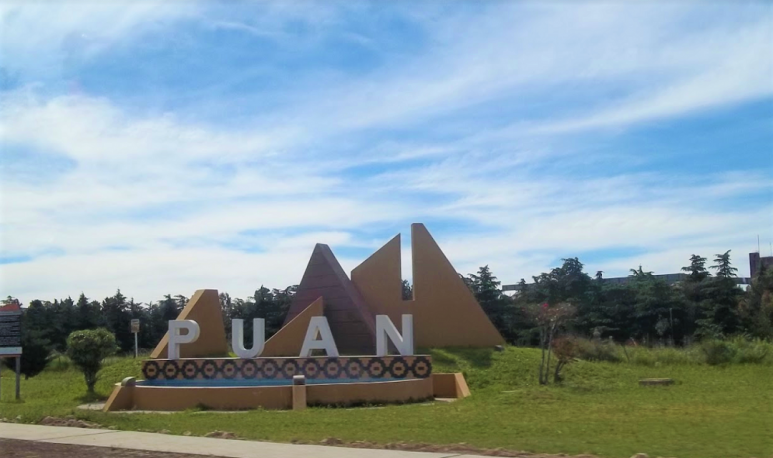 In the southwest of the province of Buenos Aires, where there are still traces of the  Sierras de la Ventana  is Puan. A city where everything is beautiful, scarce number of buildings, hills upholstered with intense green, a water mirror with a very particular islet and a strong faith in each of the inhabitants of its village.

Puan is small, it is just over 160 kilometers from Bahía Blanca and almost 600 from the City of Buenos Aires. Its 5 thousand inhabitants in winter, at nap time, seem to disappear, looks empty. It is a charming place that loses its tranquility in January when the  National Festival of Barley Brewing is held. Visitors from all parts of the province arrive to live a unique show in the region. Then, as in Serrat's song, everything comes back to calm.

The city rests on the homonymous lagoon. It can be reached by walking the few blocks that separate it from the square Alsina,  historic center of Puan . Its beaches are public has a municipal campsite and a spa to enjoy in summer or when temperatures become pleasant. This water mirror is a special place for lovers of sport fishing or water sports.

The eye of water (by its shape seen from the air) is located in a space of land with slight slopes and has an island declared a  Nature Reserve , measuring only 50 hectares. The place is ideal for hiking. In it only one caregiver lives permanently. However, there are two more buildings besides his house, one is the home of the first mayor of Puan and the other, the ruins of what was going to be a holiday colony that was never concluded. The space is a unique site in the province for its archaeological heritage. At the end of the last century researchers found human remains that are almost 3500 years old. Next to them were cutting tools made with rhyolite, a stone of intense black color.

In the city you can see the pieces found on the island, the exhibition is treasures in the museum Ignacio Balvidares. Whoever visits can also admire remains of a glyptodon and the molar of a Macrauchenia. Mammals that inhabited the province almost 28,000 years ago.

We talk about the spirituality of her people and she is clearly represented in the name of the two hills found in Puan. They are called “De la Paz” and “De la Faith.” In the latter stands the  Monastery and Retirement House Santa Clara of  Assisi  , belonging to the  Order of the Poor Clares Sisters . Everything is located on a 50-hectare parquised estate erected next to the Sanctuary of  La Porciuncula , a center of Marian devotion dedicated to “Mary Mother of Mercy”.

There also a small chapel reproduces what San Francisco de Asis and his first brothers began their devotion. You can also visit The Via Crucis, the Holy Sepulchre and a 17m high Monumental Cross.

On the other hand, in  Cerro de la Paz , there is a majestic religious work, Millennium Puan. It is 20 meters high (one for every Christian century) and was devised by a Franciscan priest to commemorate the second millennium of Christ's arrival. The work, with the permission of St. John Paul II, was raised with funds provided by the community. In its architectural line, it was attempted to capture the whole civilization. Therefore, the Mesopotamic, Mesoamerican, Inca and even circular fortines existing in the area are reflected. Inside it, 15 meters in diameter, it has been called  Church of the Holy Trinity .

At the base of the  Milenium Puan  there is a chapel and at the top a viewpoint, it has the particularity of having two spiral income. Visitors on tour do not cross throughout the journey. On site there is also a replica of the Virgin of Lourdes Grotto, framed in an artificial waterfall next to the Botanical Promenade and Garden of Peace among Nations, which boasts a large number of tree species from different countries.

What happens when you make this getaway in Buenos Aires

Summer getaway to Cordoba: what to do

What you didn't know about the museums in Rio Negro

La Pera has its national holiday, you know that?