In the province of Buenos Aires, it is a very charming proposal for you to visit at any time of the year. 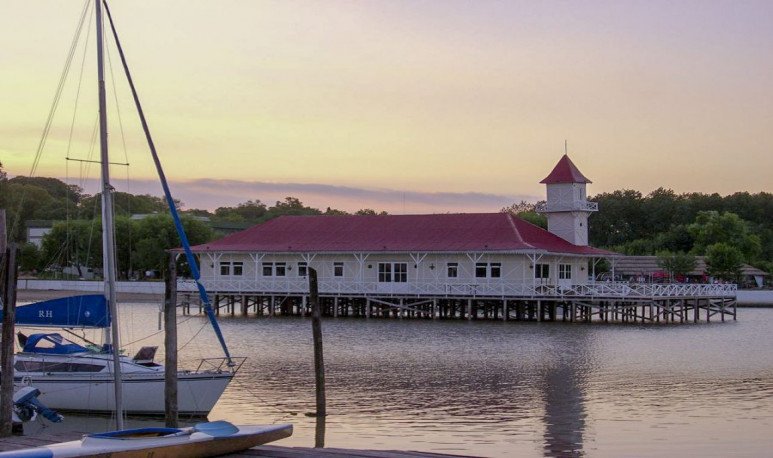 It is located on the RN 9 just 164 kilometers from the capital of  Argentina . A perfect place for you to travel a weekend. You can also travel it on a day getaway.

San Pedro offers nature, historical tourism and varied gastronomic proposals. If we talk about lodging, in addition to the local hotel offer,  Howard Johnson Hotel & Marinas San Pedro Resort is undoubtedly an option for you to give yourself a gift. It is those well-deserved caresses that remain through time. You have everything in one place: swimming pool, tennis court, golf, sauna, solarium, babysitting service. Everything to live, a different experience.

This city, on the banks of the Paraná River, is also suitable if you like water sports. A seductive coast from which, too, you can fish all year round. A landscape dominated by gentle ravines and wooded coastal walks.

The service providers organise you a city tour where you will tour the historic center of the city. You will visit the  Fray Mamerto de la Torre Paleontological Museum , which in its five rooms exhibit fossils of large extinct mammals in the region: megateries, mastodons and glyptodonts. Other places you will visit are:  Club Viejo del Náutico.

I recommend that you take the tour that takes you to one of the villas in the interior of the San Pedro District. His name is  Pueblo Doyle , in tribute to Dr. Eduardo Doyle nicknamed  the Doctor of the Humble . Neighbors say he was the first  doctor  in the area to selflessly care for entire generations. He was a descendant of the first Irish settlers who came to the place, persecuted in his country for being Catholics, between 1840 and 1850.

Everyone who visits San Pedro cannot resist the temptation to try the delicious  ensaimadas , so traditional in the sampedrina pastry shop that even has its day of celebration in August.

You must make time to make  El Paseo de los Tunnels.  A place of cultural interest that offers a historical overview of the three most important landmarks of the city's industrial origins: Alcoholera La Estrella, Depietri elevators and the Port of San Pedro.

Photographs and objects recovered in excavations carried out on site by the Fossil Conservationist Group rescue from oblivion these three great stories that forged the industrial development of San Pedro.

And as the main attraction, from the center of the room you can descend more than 40 meters underground.

17 kilometers north of San Pedro, is the  Vuelta de Obligado Historic Park  with free admission. There you will be thrilled with a historical monument reminiscent of the place where Argentine troops clashed with the Anglo-French navy on November 20, 1845.

The  Vuelta de Obligado  is, geopolitically, the consequence of the defense of the first economic interests of our country. It occurred at a time when England and France were looking for new markets for their commercial products. They were also interested in our floors that produced very cheap raw material for the time.

France and England  exercised economic imperialism and tried to take advantage of the favorable moment offered by the political crisis in the Rio de La Plata  . They thought it possible to develop a broader action of the free navigation of our rivers.

If in addition to history you like to breathe nature the place is the ideal place. Walking its trails you can see a varied set of bird species and native vegetation of the northeast of Buenos Aires. Guided tours of environmental interpretation are made by specialized counselors.

In front of the main square as a faithful witness to the history of sampedrina you will find the parish  Our Lady of Socorro , patron saint of the city. Construction of the building began in 1860, with contributions from the Municipality. The design corresponds to Italian architect Francisco Pinaroli. The work was inaugurated twelve years later, on March 10, 1872, as a plaque reads on the front.

The  Parish Church of San Pedro  must have been much more beautiful, if the plan of the architect Pinaroli had been faithfully executed. Given the magnitude of the work and the lack of resources remained as it is today.

Its tower on the axis of symmetry, marking a landmark towards ravine and river and its classic portico, give it a visible structure and meaning to the urban landscape of San Pedro.

Inside, the temple raises the outline of a longitudinal basilica with a rigorous axis of symmetry. A central nave, accompanied by side naves and a deep and spacious apse.

Light plays a leading role in the search for a spiritualized space by defining heavily illuminated areas and areas in darkness.

The dress image of the patron saint resting on the main altarpiece is from the 18th century. He has the Child Jesus in his arms and is in a wooden chair, which at one time wore ornaments made of carved silver.

She was brought from Oruro, Bolivia, by the Franciscan Alonso del Pozo in 1760, with the express condition of being Patroness of the new Church. The many jewels and offerings he had were stolen by the Portuguese at the time they assaulted, looted, in 1813, the village of San Pedro.

Between 26 and 29 September the 16th edition of the  San Pedro Country Music Festival will be held . There will be 4 days of live music, with free and free admission at the Paseo Público Municipal de San Pedro.

More than 80 Argentine and international groups and soloists are confirmed. Nuances to this great meeting born in 2003, consolidated as a unique show in South America.

The festival involving more than 600 people among artists and staff will start on Thursday 26 September from 14:30 and will end on Sunday 29 after 21:00

The San Pedro Country Music Festival 2019 is produced by Ultra Comunicación, Estación San Pedro 88.7, Country2.com and Independencia Fútbol Club, with the support of the Municipality of San Pedro and the Embassy of  States   United in Argentina, together with companies and collaborators, that make it possible to renew this invitation to sampedrinos and tourists, for an extra long weekend on the occasion of the festival.

Nogolí: a town with plenty to offer

5 must-see in the city of Mendoza

The sands of Cerro Huancar, in Puna Jujeña, will be the scene of a sandboard day