If you're planning to visit a place with history and tradition, here are some places to book when you can travel. 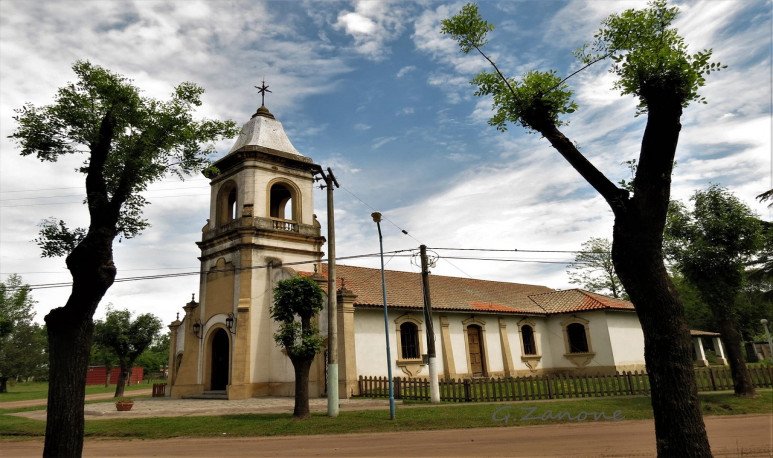 Between  wineries  and ranches we find centuries-old landscapes that are part of the typical postcards of the Buenos Aires pampa. Roque Pérez, a destination located in the region of the Salado river basin, is a good proposal to enjoy rural tourism. If you plan to visit a place with history and tradition, here are some places to book when we can travel again.

The ecopark “Laguna de Ratto” is an ideal place for sighting a great diversity of native flora and fauna. An ideal place for photographers and families. It is wonderful to find a place of this style, fitted in the middle of the city, with a large mountain, guarded by benches and tables that encourage you to share a moment of talks and mattes.

More than 70 species of mountain and lagoon birds coexist there. Also a single species of mammals - the coipo. There are also dozens of species of trees, shrubs and aquatic plants that cleanse the air of the place.

If you are looking for a place with few people we tell you that 400 people live in Carlos Beguerie, walking its street is to feel a true spirit of town. Like many villages in the province of Buenos Aires, the beautiful buildings of the nineteenth century are still preserved, which were born with the passage of the train. Creole tradition, tranquility, historical museums, general branch stores and dirt roads that locals slowly wander make Carlos Beguerie a charming village.

We recommend you visit Our Lady of Perpetual Help Parish. It is the exact amalgam between beauty and simplicity. Tourists and photographers arrive in Carlos Beguerie to see the temple located in front of the main square.

If you start talking to a neighbor, he'll tell you that the construction was done on a land donated by the family of the town's founder. And that before she was up, the parishioner went mass to the chapel of the estancia Los Pinos. If you're travelling to Máximo Paz, don't be surprised to see a twin temple, San Eduardo Rey Parish. It was made by the same constructor.

La Paz is adobe, and was built in 1832 and its adjoining “Almacén de Ramos Generales”, in 1859, are the most emblematic buildings of Roque Pérez, a feature that may be due to the footprints left by Juan Moreira and Juan Manuel de Rosas or simply because he had the daring to persist for 160. years with its doors open.

In the hall of the museum “The warehouse”, you can benefit from the largest commercial archives in the region until the beginning of the 20th century: luxury objects of the time, letters and various interesting facts. This beautiful place is part of “La nuit des entrepôts”, an event that takes place every year during the month of January. There you will also see this certification: “Buenos  Aires, November 29, 1832, is hereby granted and granted a premise to Mr. Filliol to establish himself with a pulperia in the jurisdiction of the Lobos party, Costa del Salado, provided that he is not administered or served by unitary persons”  signed, Juan Manuel de Rosas.

The native estate of former President Juan Domingo Perón rediscovers a part of the humble and rural childhood of one of the most important political figures of the last century. Between brick walls installed in the mud, the museum preserves the history of Argentina's triple president and also shows how his life is intermingled with that of another famous roqueperian: Ernesto “Muñeco”

Juana Sosa, mother of Perón, was a descendant of Tehuelches and lived in Roque Perez. There he met Mario Tomás Perón, a Buenos Aires who had arrived in that town, sick with tuberculosis, sent by his father. The couple bought several lots in the area, which were written in 1892, and in one of them made the house build.

Three jewels to discover in Tornquist

The gauchesca tradition in the province of Buenos Aires