In the small village of Máximo Fernández, near the city of Bragado, is the Estancia Montelén. Amazing stories are locked there. 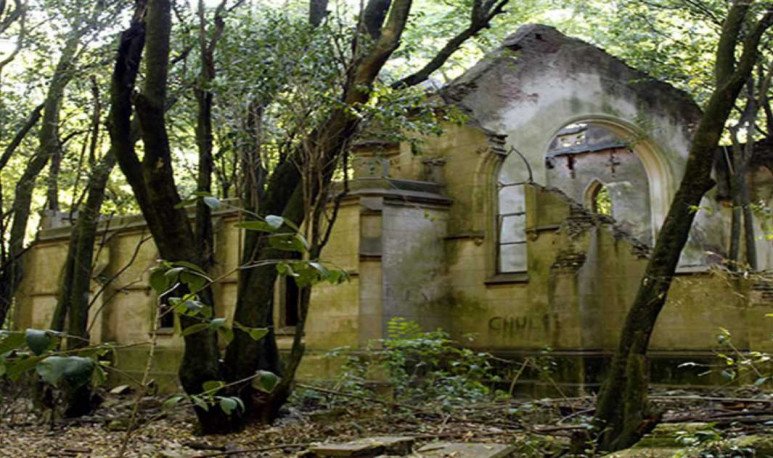 A small village, an abandoned stay and the ghost of a girl. All these components, worthy of a horror film, can be found in  Máximo Fernández , a town located near  Bragado , in the province of Buenos Aires. The main attraction of the village is the  Estancia Montelén , which has a rich history and a natural environment that is worth exploring, before five in the afternoon.

These lands have as protagonists characters from our history such as the warlord  Facundo Quiroga , who was the original owner of the property. In 1872, the lands were acquired by  Máximo Fernández.  The village today bears his name in memory of who donated the land for the creation of a station for the West Railway (today Sarmiento). Fernandez built an estancia which he named  La Matilde , in honor of his wife. In 1904, it was bought by the  Salaberry family, who retained the original name, since the woman in the house was also called Matilde.

The Salaberry gave the village prosperity, through the operation of an estancia that employed almost a thousand people.  But they also brought tragedy and a horror story that today attracts and frightens to the same extent . The wealthy family had eccentric tastes. In the park of the estancia, designed by the French landscaper  Carlos Thays , there was an artificial lake, a pergola, a birdhouse with exotic birds and a  private zoo with animals brought from distant countries. Among the animals housed there, there were bears and , too, lions.

A tragedy and the sunset

The story tells that one day, between 1904 and 1910, a girl — believed to be the daughter or granddaughter of the cat keeper — had the terrible idea of getting too close to the lion cage. They say that  a lion decapitated her from a paw  and the girl was buried in the same building, where a chapel was later built. From that horrible fact, the zoo was dismantled and the province banned private spaces for captivity of exotic species.

Years later, the children of the Salaberry family made bad business decisions and lost their stay to the Argentine Real Estate Company. Then, from 1942, he had another famous owner:  Francisco Suárez Zabala , the creator of Geniol and Uvasal. He renamed the estancia  Montelén , a name that is preserved until today. In 1974, a tornado destroyed the chapel, of which only its ruins remained.  And many legends.

The stories about the  appearance of the ghost of the girl  go back many years. They say that even her parents and grandparents saw her. In Máximo Fernández  , no one approaches the forest,  near the chapel, after five o'clock in the afternoon. Strangely, it gets dark — even if it's daytime — and it's easy to get disoriented. In addition, there are many testimonies that claim to have seen the girl.

A visit to Estancia Montelén

In Montelén,  guided tours  of the ruins of the chapel and the stay are offered,  always with prior reservation. It is a good alternative to do some rural tourism, even if you don't believe in ghosts. Would you like to visit her?